Okay, getting this out of the way: we all know that a fan in a window
is not an ideal ventilation system. But if you’re going to do it that
way, what you need to make sure of is that the air is not being blown
right across your face on it’s way out the window, so position
everything just so.

Try the archives, ventilation comes up a lot. If you can’t find it
using the ganoksin search engine, just use google.

Also, since you are near Chicago,

I use 2 axial fans in a window for ventilation.

Axial fans are the type used in computers and other electronic
equipment for cooling. I bought 2, 6" ones from a surplus electronic
supplier (make sure they are 110 or 115 Volts!) and wired them
together to a plug which I plug into a “router speed control” bought
from Harbor Freight. I cut a piece of plywood just wide enough to
cut holes and mount the fans, but still fit within my window. I
slide open the window about 10 inches, place the piece of plywood in
place, snug the window up, and crank the fans. With the speed
control I can run them at variable speeds, from barely turning up to
gale force. The fans were about $30 each and the speed control about
$10. You really could get by with only one fan, depending on the
size, they can move a lot of air. If you’re not lucky enough to have
a local place to buy one, they’re all over bay. Obviously, you’ll be
able to take the setup with you when you move so it’s not a bad
investment. Contact me off list if you’d like and I can sen d you
some pics.

For intake air, open a window on the opposite side of your
apartment, otherwise you just sucking the fumes back in.

You can find fans through:

I work with glass as well as metal. For soldering I use a 300cfm
inline fan attached to a range hood over my soldering area. For glass
(flameworking w/6 torches) I use a 3500cfm fan at top speed.

You do not want your replacement air coming from the same source
that you exhaust out - why bother with the exhaust fan? You can also
use - which might work best for your situation - a fume extractor.

I have also seen small table top fume extractors for under $60
through contenti.com

Contenti Jewelry Making Supplies has been providing jewelers and metalsmiths with high quality tools and supplies for close to 50 years. 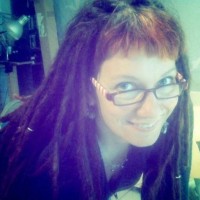 Hi, the ventilating system is similar to what I have in my
studio…we used 1/4 inch type plexiglas to mount the fans into. Very
effective…I have dryer vent hoses attached to the two fans…one is
over the pickle pot and the other is over the solder bricks, etc.

Have fun in your venture.
RMChristison