What kind of wax I can inject into a mould and reshape after?

Hello! This is my first time posting here so please forgive me in advance if I make any mistakes. I have these tiny delicate bones I would like to make a mould out of. But these are straight bones and I would like to shape them easily and someone told me it would be easier to do that in wax before casting in metal. So my question is what type of wax I could use to inject inside the mould and then maybe try to easily shape it afterwards using heat. Can I simply use hard wax? Also I don’t have a wax injector and was thinking of doing that with a syringe at first if you have any tips for that too that would be amazing!

You could use pretty much any injection way and model it with a bit of help from a hair dryer. Get a way injector, there’s not much of any other way really.

With a string, it would harden too much. before you could get it pulled in and injected out a small opening. Wax hates to move as it starts crystallizing. AND, the melting point of a string would be quite low. However, In the book “Cheap Trick For The Jeweler’s Bench, ( Lewton-Brain) has a wax injector idea that would allow you to heat the wax into the metal “syringe” itself. It would require heavy gloves if using jeweler’s wax because it melts anywhere from 150 deg F -235 def F. And hot wax sticks to skin and keeps burning! A wax injector machine is a safer way to do it. I make my molds from silicone caulking and inject them with the smallest one RioGrande sells, paired with a small auto airbrush pump from Harbour Freight. Works great, especially since I accidentally pinched and cut my gasket the first time using it and it allows a bit of air leak which in this case gives me greater control. When I use a whole gasket, the pump is a bit overpowered. 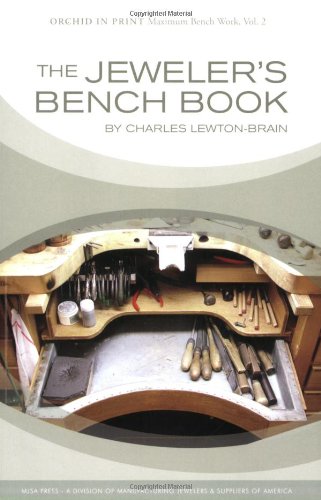 That was supposed to say with a syringe. Not string. Autocorrect is going to get turned off again.

Why don’t you put a variable/adjustable pressure regulator in the supply line to the injector pot. Another thing to look at think about is a “hand pump” injector pot 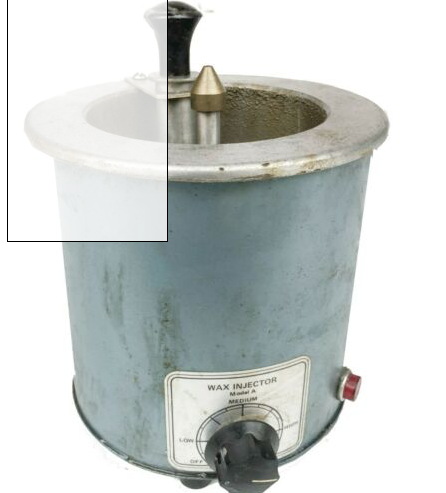 Rio G. has them for $385.00 which I know for newbies is a pretty hefty price, but they work pretty well. Have one for FILO wax (melts at about 360F as it is VERY HIGH % plastic and not bendable but easily carved with power tools). This pot
would also work great for softer, lower temp waxes. Might take a look on eBay or Craigs List or right here on Orchid………. Anyone have one they want to sell and….

It has one on the pot. I work with wax and water. That means a bit of water gets into my wax. I don’t want to make a steam bomb, so a tiny air leak is a good thing.

Hi, Rio Grande has a really nice chart that compares the working properties of their many injection waxes: https://www.riogrande.com/content/injection-wax-cg-html. I use several different types of waxes in my studio depending on what properties I need for a particular project. I am a sculptor, so I keep a modifiable wax in my wax injector as I often alter the waxes. However, if I need something in a different wax, I do use a small plastic syringe (needle pulled off), dipped into a tuna can of melted wax. It is better for me than changing out the contents of the wax injector. It takes some finesse but it does work! You may only get a few uses out of it. Just don’t leave it in the tuna can because it will melt.

thank you so much for the tips! I will look into that injector!

that’s amazing! I will definitely try that tip. I have been a little scared of trying to use the syringe for the wax but I will protect my face and body before I will work with it

burning myself with wax is what scared me the most. Which is why I have been trying to see if I can buy an injector. Although from what I have heard you can burn yourself pretty badly with it too!

You sure can! I had my first press too pressured on an unfamiliar difficult cuff mold. Right out the side onto my hand. So, I wore 4mil nitrile gloves after that and brought the pressure down. Even better if you can wear a garden glove over a nitrile glove. Then you are insulated. If it gets to hot, just pull off the gloves. The injector is a DREAM to work with.

As for types of wax, Im using Castaldo Plasto-wax. It doesn’t soften in the hand when reworking it. Just before that i used a purple one called Accucarve. Both claimed to be able to take alterations. Neither of them is hard enough to run a flex shaft bit, except the 3-blade wax bit, but it really tears things up. You can hand carve them.