i was just on a website that listed their smokey topaz as “commonly
known as smokey quartz”.

i do not know my gemstones much beyond being able to identify the
most common ones. so here are a few questions:

i get the feeling that there are a few books out there that could
help me answer questions like these.

thanks for any help!
jocely broyles

Topaz and Quartz are different minerals.

Manufacturers of blue topaz get their rough material mixed with
quartz. After irradiation treatment the topaz turns blue and the
quartz become smoky. Smoky topaz might be another way of saying
’opps=85my topaz rough was actually quartz and here is a nice name to
market it=85=85’

“Smoky Topaz” is NOT topaz.

It is quartz, which is a differnt mineral entirely. It is definitely
incorrect (and possibly, fraudulent) to call it Topaz, although it is
VERY commonly done.

Rather than recommending specific books, I suggest that you contact
Gmological Institute of America in either Carlsbad, CA or NYC, NY and
get their bookstore catalog.

There are dozens of good books on the subject, and if you are
interested enough, you can take their Colored Stone course by
correspondence.

p.s. if you are in Southern California, feel free to visit me or
phone me.

I think there might be a smokey topaz out there…topaz comes so
many different ways…but it’s not all that common, whilst smokey
quartz is…

“Gemstones of the World” by Schumann…

Gemstones of the World, Revised Edition
By Walter Schumann 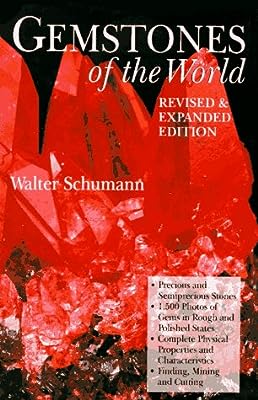 Gemstones of the World, Revised Edition

Yes, it’s a completely different mineral. “Smoky topaz” is one of
those misleading terms - OK, downright lies - of mechandising that
makes me see — well, ruby.

There’s a book by Pough, “A field guide to rocks and minerals”
that’s simple, straightforward, defines what you need to know, and
gives nice pictures of rough material so you at least get a feeling
for what it might look like as a cut stone. Organizes minerals into
groups so you know what the relationships are. 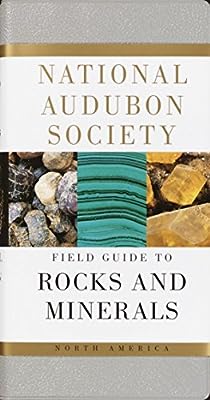 Probably more or less the same color, but less even, less intense,
or less “pretty”.

Yes, topaz and quartz are very different. Unfortunately in the
jewelry world, gemstone misnomers abound and “smoky topaz” is one
that’s been around for a good while. But here are some fundamental
differences between topaz and quartz:

Quartz is silicon dioxide, or SiO2 and forms in the trigonal crystal
system, while topaz is Al2(F,OH)2SiO4 and forms in the orthorhombic
system. Topaz is also harder than quartz at 8 (quartz is 7) but it
has a perfect basal cleavage and can break along it very easily,
making quartz a bit tougher. The optic character of topaz is biaxial
positive, but quartz’ is uniaxial positive. I could go on and on with
refractive indexes, specific gravities and the rest of the
characteristics gemologists use to identify them, but I’m not sure it
would help you and I’m fairly sure you don’t have the equipment to
take the readings. But, even with formal gemological training, anyone
can make a mistake, or be fooled.

I don’t know of a mineral composition book that was written in
layman’s terms, but a lot of people start out with Rocks, Minerals
and Gemstones, by Walter Schumann. I can recommend something even
better, though: The Internet. One really great link about gem and
mineral composition is:

http://webmineral.com/crystall.shtml The Crystallography link and
the Determinative Mineralogy links can help you lots, as can many of
the others there.

To learn about gemology and gem identification, one of the best
sites around is www.yourgemologist.com Every facet of gemology and
gem ID can be found there, from gemstone characteristics to the
equipment used to ID them. Just wait until you realize just how much
of the material we use as gemstones is basically SiO2!!!

No, that isn’t always the case, and it seldom is with any species or
variety of garnet. However, I have read here on Orchid of dyed
garnets that lose their color simply by a soak in water. I’ve never
seen a garnet do that, though, so I’ve no idea what color they would
have been before. Hopefully, someone else here will know.

I realize that I’ve suggested some courses of exploration that may
be more academic than you’d like (gemology can be boring to many),
but it really does take some research to gain the knowledge you need
to make good buying decisions in the world of gemstones and jewelry.
To help you best with the quartz/smoky topaz problem, I’d say your
best first step would be to seek out and learn as many of the most
common gemstone misnomers you can, and learn what they really are.
Here are a few examples:

Anyway, I’m sure you can begin to see how confusing it can get.
You’ll find that practically every gemstone has at least one
misnomer that can confuse you. Get to know them, and you’ll be much
more difficult to fool. GIA’s Gem Reference Guide is not cheap by
any means, and it isn’t in layman’s writing, but it lists all the
characteristics of common gem materials (and some uncommon ones),
including most misnomers. It also includes typical enhancements such
as heat, irradiation, dye, polymer impregnation, etc., and the
typical methods of those enhancements.

I’m sorry, Jocelyn, that I couldn’t simply list a book that has a
quick, easy system of gem properties in layman’s terms, but the
reality of the gem world is based in scientific study, even if that
study consists of years in the business, looking at them every day
as opposed to years in the classroom, reading books and taking
equipment measurements and peering through microscopes. But, I do
hope somebody here has one to offer, because I’ll probably be the
first to order one!!!

There are several good ones; I think my favorite is the Audubon
Society Field Guide to North American Rocks and Minerals – although
the illustrations tend to be of almost “museum quality” specimens.
The Peterson Field Guide (by Frederich Pough) tends to be perhaps a
little more realistic. Simon & Schuster also have a Guide to Rocks &
Minerals, and also one to Gems & Precious Stones. All these are good
books, with the info in them that you mention.

There are a number of different types of garnets, and their natural
color depends on which particular minerals they contain. The red
ones are probably the most popular (and probably the least common),
so perhaps that is why they were dyed.??

Garnets are one of the few gemstones that are not dyed. If the
beads are dyed and look like garnet they are probably some other
material. Check out the Gemstone Enhancement Manuelabe from
Jewelers of America 1271 Sixth ave NY, NY 10020