I’m a fan of the “Practical Goldsmith” series of books out of
Germany. Those are the white ones that are half German, half English.
There are a bunch of them on various topics, and they show
step-by-step examples of various techniques. I find them useful
because they show the German/continental take on the techniques, as
opposed to the American and English procedures that I learned.
Always interesting to see another way of doing things. (Although it’d
be nice if they had an English speaking jeweler clean up the English
terminology. It’s very clear that their translator is a native German
speaker who doesn’t know English jewelry terms.)

Which leads to my question: in leafing through volume 13, the one on
granulation and niello, there’s a little throw-away reference to
’swirled casting channels, as their turned forms lead to a pore free
cast’. It shows a picture of a cast buckle with a pair of sprues
that look like they were made up out of rectangular wax wire,
(?4x1mm?) that was twisted into a shape resembling a candy-cane, or
spiral wire. (Top right picture on Pg 54, for those of you who have
the book.) The section’s on Niello, so there’s no amplification of
the comment, it’s just a little caption for one picture.

According to everything I know about casting, I’d think they’d both
add turbulence to the flow, as well as causing the sprues to cool
too quickly, since you’re bleeding heat into the walls as the metal
swirls past them. They’re not as thick as a round sprue either, so
they’ll freeze before a round sprue would have. I’d think that’d make
porosity worse, not better.

Anybody have any experience with spiraled sprues? Do they actually
help any?

I’m going to do a few, just to see what happens, but with a
centrifuge, you can get away with murder, at least at a small scale,
so it’ll be difficult to figure out if they’re making things better
or worse.

This sounds like one of those “old goldsmiths tales” that has no
basis in reality. You are right, they will increase turbulence and
this is always a bad idea. Also even if they are compared to a round
cross section sprue of the same volume they have a greater surface
area to volume ratio so they will chill faster.

Greater turbulence can add to porosity both from trapped air in the
mix and broken bits of investment from the turbulent flow. And sprues
that chill before the casting solidifies will create shrinkage
porosity in the item being cast. All in all it sounds like a bad idea

Well, this is quite a complex topic. One disclosure is that my
comments will be true for gravity pours. I do not practice any kind
of forced castings, so it may not apply.

There are many other variable involved, but assuming that number of
sprues, metal temperature, mold design, and etc is taken care of,
spiral sprues do perform better.

There are basically 2 types of flows: laminar flow and turbulent
flow. There was a time when it was believed that laminar flow is the
thing to strive for, and that is why round sprues, 1930 airfoil
designs, and etc. Than some engineers noticed a bumble bee and
realized that based on what they knew at a time, a bumble bee should
not be able to fly, because her wings were too short and laminar flow
should not be able to produce enough lift. A closer look revealed
that bumble bee was triggering turbulent flow, which after very short
interval would convert to laminar flow and that is how lift was
generated. In another words, bumble bee was using back of her wings
to fly, but not the front, as airplanes were designed to do.

Flow which starts as laminar, due to surface imperfections, would
become turbulent in a short period of time and it would detach itself
from an airfoil, making only short section of a wing generating the
lift. When leading edge of a wing generates turbulent flow, first it
would detach, but then slow down and re-attach to the airfoil, and
flow for the rest of the surface, generating more lift than otherwise
would be possible.

Spiral sprues work on the same principal. By triggering turbulent
flow at the beginning, the design ensures laminar, or close to
laminar, flow at later stages. Round sprues would work better, if we
could insure perfectly frictionless surface on the inside, which we
cannot.

One more thing. The twist of a spiral should correspond to the
Coriolis Motion. 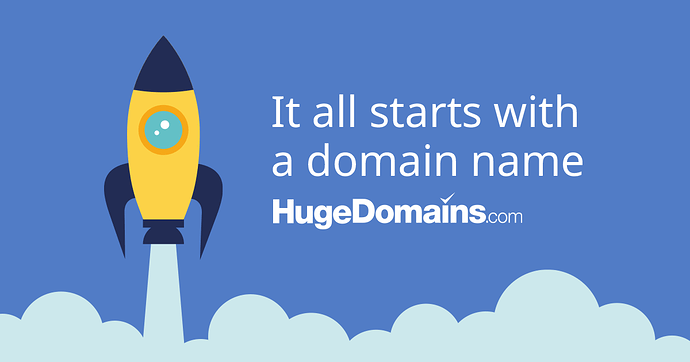 Hello Brian, In the late 50’s and I don’t know how long before that,
it was a popular idea that if you could get the metal to spin in the
sprue it would fill the cavity with more force. A spiral sprue was
thought to be the ideal method. I think this concept fell out of
fashion the way so many things do.

i didnt read the originial post because ididnt come through my mail
box but i have to comment on this because i saw it in 1996 a puerto
rican jeweler used it and swore by the method if it is the same
thing he made the sprue look like a cork screw.

I personnally am hesitant to criticize this method, i am quite
confident some sort of physical mystery would be solved if you
looked into it carefully enough.

my biggest complaint was the tediousness of twisting the sprue wire
into a perfect tapered cork screw that was larger at one end any how
the only thing he would clarify about this method of sprueing was “
el oro puro suve” which is somthing about the cleaner gold goes to
one end. but hey, in equador they stir thier gold with chicken bones
& if you laugh at this you are an idiot ! after researching it and
talking to a chemist you will crawl in repentance at understanding
the process that occurs from subjecting bone to high temperatures (
can you say carbonate) so i dont laugh at folklore -

The natural and occuring blood flow in the human body is actually a
spiral laminar flow. It has been shown that after certain operations
for Cardiovascular disease, such as the introduction of vascular
stents, blockages can occur at the join due to kinetic disturbances
or turbulance. The introduction of grafts that introduce spiral
laminar flow shows a dramatic reduction in turbulant kinetic wall
energy, thus eliminating the chance of a blockage.

What does this have to do with casting you ask. Well at the end of
the day it is all about omitting intermittancy in the metal pour. The
start of any pour regardless of the shape of the sprue will have
turbulance due to the fact that there will always be a void or a gap
when that first bit of metal comes in contact with the gate. Meaning
that as the pour starts the metal will initially swish in the gate
before starting its way down the sprue. There will not be an
immediate steady and smooth flow, it will in actuallity be quite
haphazard and granted on a small scale in jewellery quite violent.
Once the sprue is full of metal it will flow relitevily uniformed
but not necesserily in a straight line. Even with a round sprue, a
spiral action can occur. If that sprue is not at exactly 90 degrees
to the pour but for the sake of argument that it is on a slight
angle, then just by gravity itself it will drop in a spiral. of
course it all depends at what point of the sprue lip the metal
enters. If it is at the top end of the angle, then it will spiral,
if at the lower end it will drop straight. Therefore nothing is a
given.

Single Helixes are not known to induce turbulence but a double helix
may.

There was an old trick that the foundry guys used and I’m going back
to around the 1920’s ( No I’m not that old). They would use a spiral
sprue to fill a lower resovoir which in turn would fill a casting
from the bottom up. A cross section of the mould would have as an
example a spiral sprue to the left and a Cavity to the right both
joined by a runner from the side and up a little from the bottom of
the resorvoir to the bottom of the cavity. Gravity and metal density
along with the fact that a liquid will find its level did the rest.

The metal was poured into the gate which then entered the spiral
sprue. The friction was known to actually slow down the flow enough
for the metal to in essence catch up with itself and become much
denser as it entered the resorvoir. The fact that the runner from
the resorvoir was slightly off of the bottom, it became a nice
molten pool that fed the cavity nice and easy. There was another
interesting thing that transpires from this and it all had to do
with the accuracy of the metal delivery and where it in actuality
hit the resorvoir first and how the resorvoir would fill from that
point on. By inducing a spiral and an exit point, they could predict
exactly where that material would hit first and very accurately
introduce elements into the resorvoir to now and more efficiently
provide a very smooth flow of material because it was very quickly
stabalized.

Much in the same way when one throws a football, or the rifleing in
a gun. Both have and need spin to follow a true tradjectory. The
faster the RPM on the spin the straighter or more accurate the line
is. Several bullets fired from a gun where the RPM is high would
have a much tighter grouping over the same distance on a target than
several bullets that where fired at slower RPM’s. Therefore, if there
is less drag because of the spin, where is the turbulence in this
case?

In the case of casting they where using the spin to control speed
and the accuracy of the metal delivery system to feed the casting.

There are many instances where spirals can aid in a more controlled
enviroment for the delivery of any fluid material. Vortex
applications are used extensively in Hydrological applications.

After cringing
for a bit as it was unfinished, it didn’t read too badly. I normally
put my thoughts down and then worry about grammar and the flow later.
However, one line needs to be added.

A Liquid will react diffirently to this spin or force than a solid
will in some cases. A liquid will in essence spin centrifugally off
of axis and fan out when it exits the sprue into the resorvoir and in
the same direction as the spin. However, a solid and of course
depending on the shape and how much velocity it has whilst in
momentum, can maintain it’s corallation to the axis of rotation until
it loses that velocity.