I had a wonderful day with my family by the Chesapeake Bay this
spring. We found the usual shark’s teeth and a couple of other
fossils but the lovely oyster shells with their pearly interiors
were my favorites. Of course when they dried off they weren’t as
lovely looking. Does any one know If it’s possible to polish them and
if so what I should use to shine them up to their “wet” luster?

I’d try lightly spraying them on the inside with a gloss acrylic.
Any polishing will probably remove the luster. 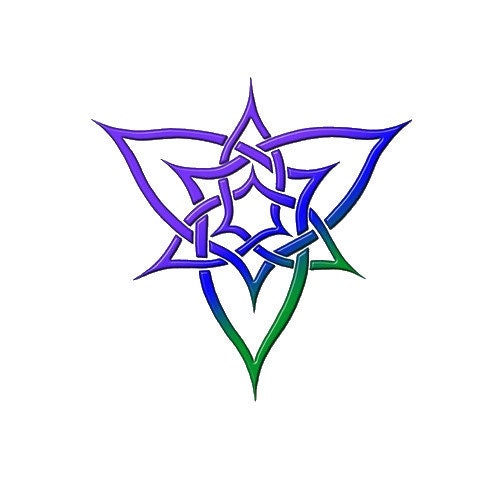 Browse unique items from WyrdhavenArt on Etsy, a global marketplace of handmade, vintage and creative goods.

I use MOP as inlay in daguerreotype cases, guitars, etc. I just go
right over the stuff using wood finish and it shines up great! You
could try some wipe-on water-based glossy wood finish.

i always found the best of the shell by grinding off the outside
dark part and polishing that part. its easier if you dou it on a
lapidary wet grinder but it will also work the old fashioned way
w/elbow grease and then on the polisher wheel with some bobbing
compound the most important part is to have the joy of discovery to
the hidden treasure

I am not sure about oyster shells, but I have polished large clam
shell pieces and then used them as pendants on neck wires. I use my
tumbler and it gives them a wet look when they are done, very smooth
and shiny I have one picture on my site, let me know what you think.

I design, make and sell unique crocheted wire jewelry. Fun designs and elegant pieces as well. Most are with beads, including glass, pearl, mother of pearl, and semi - precious stones. Unique designs with a modern touch. This is Knot your...

We did this years ago with those purple fragments of the clam shell
lip that you find on the beach. We used our cabbing equipment (wet
polishing) with cerium oxide, and wore masks since shell dust can be
hazardous. They took a beautiful polish and made some pretty cool
jewelry back in our wire wrapping days…

I know this thread is about oyster shells, but it brings to mind
something I learned on Orchid awhile back: Abalone shell dust is
extremely toxic, and should only be worked on under water.

I know I’m changing the subject somewhat, but I figure that those
who are interested in working with oyster shells would likely be
interested in other shells as well, and I believe safety warnings are
always worth mentioning.

The shells of abalone and oyster are the same substance, calcium
carbonate. It is not a toxic substance.

The dust from sawing or grinding shells, just like the dust from
sawing or grinding rock, can cause short term irritation and long
term damage to the lungs and eyes. Respiratory protection should
always be worn in the shop when sawing and grinding stone or shell
(or coral), but the material itself is simply not toxic.

The viscera of abalone can be very toxic, however, maybe that’s
where this myth started?

I didn’t get into this in the beginning as it’s a perennial thread.
In a nutshell, though - all shells are essentially the same, not
matter what shape, size or name they have. They are all nacre, which
is a natural calcium carbonate, and they all polish easily after
grinding and sanding with simple tools. Tripoli and zam will do a
fine job, after sanding. There’s no real difference between oyster
shells and cone shells and mother of pearl. The exception is abalone,
which is known to have especially toxic dust, but even IT is still
nacre in essence.

I’m guessing that someone confused the rather horrific cases of
silicosis and lung cancer suffered by old style inlayers and
knifemakers with poisoning. The shell acts like glass shards inside
the lungs and has effects that would easily seem like poisoning to
the uninformed.

And just a respirator won’t cut it. Shell should always be worked wet
or even underwater. The dust hangs in the air for long periods of
time, and you’ll inhale it when you take off your mask at the end of
the day.

Browse unique items from WyrdhavenArt on Etsy, a global marketplace of handmade, vintage and creative goods.

Is this a myth? I’d like very much to think so, but I’ve repeatedly
heard “If it was alive, it can kill you” with regard to dust from
shells and pearls. My efforts to get a definitive answer have always
been inconclusive.

No, it’s not a myth. “If it’s alive, it can kill you” is extremist,
though. All shells and pearls are composed of calcium carbonate in a
natural form - meaning there’s also organic stuff. The dust, which
usually is incredibly fine, is quite bad for you. The effects of it
are often overstated and border on paranoia, at times, but it is bad
for you. It is a matter of inhaling a fine dust - your lungs don’t
like it and may respond with things like pulmonary edema and
potentially cancer. Casual cutting now and then doesn’t warrant that
sort of hyper-caution, if you want to know the truth.

Cutting abalone shell without serious ventilation is poisonous. I,
too have tried to track down - online - what it is and why, without
results. I have known people who were sickened by it, though - made
acutely ill in a matter of minutes or hours - from grinding it in a
standard lapidary situation. Oyster shells, pearls, padak shells -
all that stuff and more has a dust hazard that’s moderately bad for
you. Abalone is the only one I’ve heard of that’s actually poisonous
or acutely hazardous. One thing I read that was fairly hypothetical
was that the dust has “hooks” that lodge in mucous membranes and
actually behave like cactus spines or something. Again, I’ve never
really heard a good reason, but I have known personal examples,
which is good enough for me…

Cutting and polishing any shell creates very small shards of the
shell. These shards can cause damage to the lungs. Shell should never
be cut or polished dry. It should only be cut under a flow of water.

Well No more long beach walks for me. these shells are in piles on
our beaches get ground down all day long mix with the sand wind blows
it up into my lungs Suddenly our idilic beaches everywhere are
harbours of very poisonous stuff? Come on put it into perspective too
much is always TOO MUCH OF ANYTHING. Your Diamond dust Saphire Opal
Pearls Paua you name it are all Hazardous Just be careful and use PCS
(plain common sense) Thanks for the warnings anyway Do i wear a mask
on my beach walk in future Us guys on the coast are supposed to live
longer- now we gonna die sooner TIC but it has to be said.

It appears that the calcium carbonate is bonded together in the
shell by a protein, and this protein can provoke an allergic
reaction.

No, you don’t need a mask on your beach walk. That’s because you are
talking about sand, which has been rounded by the very action that
makes it sand. It’s not minute shards with fresh raw edges, it’s more
like what you get out of a rock tumbler. VERY different from the dust
created by carving. It won’t slice your lungs up, but fresh shell
dust from carving will. This isn’t something to be made light of and
joked about.