Peter, Elizabeth, and others:

I am a little confused as to how I should create my polishing hood.

Assume that I have a stout electrical motor with a half-inch shaft. I
got it at a machinist’s estate sale, and the machinist made his own
wooden mount for it and toggle switch for it. I can anchor that mount
to my own table.

Question 1: Do I want any wheel I mount on the motor, to rotate
upwards or downwards? The answer would then dictate how debris is
sprayed.

Question 3: Where do I want to cut the hole for the vaccum? Top,
Rear, Bottom, or Side?

Question 4: Do I want to run the vaccum hose toward the ceiling, or
toward the floor?

Thanks in advance for the specifications.
Andrew Jonathan Fine

You virtually NEVER buff/pollish on a surface that is moving up. The
motor is mounted so you face the side of the shaft (on a normal
motor, the shaft will be to the right of the motor), so you’re facing
the edge of a buff mounted to the tapered spindle you have on the
shaft. The working edge of the buff you face is moving down. You
polish on the area from the center facing you, to halfway or so down.
Or, looking at the end of the shaft, the area from 9 o’clock(center
of the side of the wheel to about 7 o’clock.

You can enclose the whole motor if you like, but the purpose of that
would be to keep dust and fluff etc from the buffing operation from
having access to the motor. Your plan does that just as well, and has
the advantage that it leaves the motor free in terms of ventillation
and air flow for cooling. You do not want the enclosure to fully
enclose the whole wheel, of course. Up over the top, perhaps even
fitted with a clear plexi shield down a bit in front to protect your
eyes, with the side away from the motor mostly open still, to allow
changing buffs, longer buffs like felt “finger” buffs used to polish
the inside of rings, etc… be sure to allow free and full hand room
to work.

The usual is to draw the suction from the bottom of the back
surface, behind the wheel. You can put it underneath the wheel, but
then have more trouble with things dropping into the hole, even with
a screen in place. But underneath is closer to where the dirt is
directly thrown from the wheel, so capture would be better. Looking
at the end view of the buff rotating counter clockwise, I’d say the
best spot would be 5 o’clock to 4’clock positions. Again, allow
enough distance between the hole and the buff to let you use the full
size buff you might wish, and to allow some clearance for safety if
something gets caught.

What possible difference could it make. It’s a hose directing air
flow from whereever the hole is cut in your enclosure to your shop
vac. The direction it takes between those two locations makes no
difference. Do, however, position the shop vac somewhere so you can,
if needed, reach it without too much trouble. There may be times when
you have to open it up to retrieve some small item you were buffing,
which you let go of, and it got sucked into the vac. It happens, so
access to the vac is a good thing to keep in mind.

Beyond this, the design of the enclosure is pretty much up to you.
You wanted me to send you a photo or jpeg or something? sheesh. Not
worth that much effort. The one I built before getting a commercial
unit was just a few boxy shaped pieces of plywood. Nothing fancy. Had
a side shield in front of the motor, a top, a back, a bottom which
was part of the motor mount surface too, and a partial outer side.
Then a hinged piece of plexiglass as a partial face sheild which
could be swung up out of the way when needed. The shop vack attached
at the bottom of the back, directly behind the buff position. The
whole thing took around an hour to build, I think. Take a look at
commercial units on the tool supplier web sites, and you’ll see both
the range of usual designs, and the usual placement of various parts.
Little of this is critical, though the smaller the enclosed space,
and the closer to the buff, the better the air flow around the buff.
But wing it. You probably can’t go too wrong. I know one person who
simply took an old shoe box (cardboard) cut a hole at one end of the
bottom, duct taped it to the hose of a shop vac, and then duct taped
the whole thing to the table behind her buff. Took her just a few
minutes to rig up. Looked kind of silly, but it worked well enough.

By the way, shop vacs come in various hose sizes and powers. The
machines with the larger diameter hoses will work better for this, as
they provide higher levels of air flow. the ones with little 1.25
inch hoses might be able to pick up dirt when their hose is right
next to the floor, but creating any sort of decent air flow and
suction to a more open area such as around a full size buff, is
likely beyond them. But they’d work as a suction method for a small
buff, a small enclosure, such as one might build around a mounted
flex shaft handpiece to control dust in that situation, or to provide
gentle air flow for ventillation behind a small soldering station, if
you wanted to do that. The problem with larger buffs is that the
surface speed of the buff itself creates a good deal of air flow
already at the buffs surface, and debris thrown off the buff can be
moving fast. So your dust collector needs enough suction and air
flow to be able to capture that stream if you’re to avoid having most
of it still fly around the room.

I made a polishing area similar to what you’re talking about here.
Hopefully my answers help!

I agree for the need for dust collection for a buffer and wearing a
mask. Years ago I switched to chamois buffs for the majority of my
polishing. They last about 10 times longer and don’t throw fuzz and
threads all over the place.

I’ll take a whack at this, others may have different opinions:

You want the side of the wheel which is nearest you to be
rotating downwards. Otherwise you will have a face full of dust.

Hopefully, the motor housing is sealed. In any case, the hood
need only enclose the wheel, so make a cut-out for the shaft.

Well, you might set up the motor with a wheel and run it with just a
bit of buffing compound to see where most of it flies. Generally, I
think that the hole for the vacuum should go below the wheel and a
bit toward the back.

Wherever the vacuum hose needs to go in order to get that dirt into
the collector. The shortest, straightest route is the best one.
Below has always worked for me. 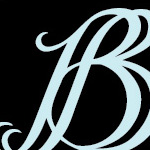 As I recall, my first polishing motor was a motor off an old sewing
machine, that my husband rigged with a rheostat. It served the
purpose for severalyears. So there are lots of choices.

My current polishing motor is a professional grade motor with a
home-made collection hood and system. I made it a few years ago and
am pretty happy with it.

This is the right side: http://www.ganoksin.com/gnkurl/26 As you can
see, each side is rigid plastic, while the center portion is
flexible. I drilled/poked holes in the plastic and secured the parts
with mini nuts/bolts.

This is the left side: http://www.ganoksin.com/gnkurl/25. (sorry the
photo is blurry) The left and right don’t match because I made the
one for the right first and used it for a while. There were design
flaws that I corrected on the left side. (1) The curved center
portion on the right side tends to let dropped work shoot around the
hood and across he room, in a dangerous way. (Kind of funny
otherwise) The squared design of the left side keeps this from
happening. (2) A narrower rear and wider front is easier to use. (3)
The plastic on both is excellent cushioningfor accidently dropped
parts. (4) The hoods are clear plastic, hence no need for lighting
inside the hoods.

And I use a shop vac… all connected to a power strip so that it
turns on together.