What song do you think of that has jewelry in it?

The song that always comes to my mind is “Brandy” by Looking Glass
which has the lines:

“Brandy wears a braided chain
Made of finest silver from the north of spain,
A locket that bears the name of the man that Brandy loves.”

For those of us ancient enough to remember the sixties.

Diamonds In the Rough by John Prine… an amazing song writer and
never a disappointing album. It is based on an old hymn I think…
“the diamonds will be gathered, no longer in the rough…”

Rings on her fingers, and bells on her toes
Say, has anybody seen my Sweet Gypsy Rose?

“Sweet Gypsy Rose”, Tony Orlando and Dawn
(y’all can guess how old I am!)

But later on outside the Tastee Freeze,
Tommy slips something on her hand
He says, “my high school ring will have to do
Till I can buy a wedding band”

“She’s In Love With The Boy”, Trisha Yearwood
(and now you know what I like to listen to!)

Breakfast at Tiffany’s Henry Mancini
The whole soundtrack is good… 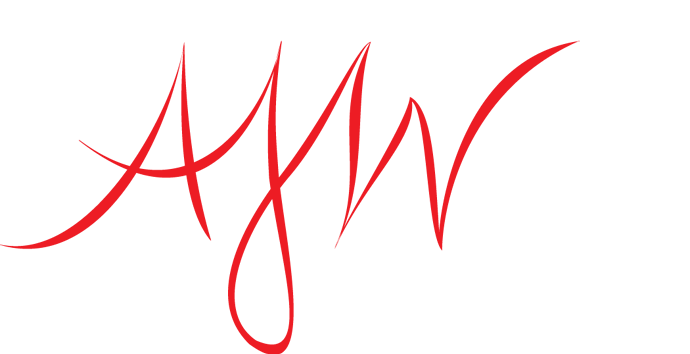 I can think of quite a few, but one that comes to mind this morning
by the Eagles is

“I like the way your sparkling earrings lay, against your skin so
brown…”

Bring It On Home To Me by Sam Cooke.

“I’ll give you jewelry, and money too,
that aint all, all I’ll do for you.”

Some days are diamomds
Somedays are gold.

Also heard those lyrics in “Ahab the Arab”:

“Rings on her fingers and
bells on her toes and a bone in her nose, ho ho.”

“Who wants to buy this diamond ring? She took it off her finger, now
it doesn’t mean a thing.”

“I like the way your sparkling earrings lay against your skin.”

Judy Collins, On the Midway–

“I met you on the midwayat a fair last year,and you stood out like a
rubyin a black man’s ear…”

Golden Earrings has been running through my head since I read your
email. Not even the tragic loss of Michael Jackson has displaced it,
and yes, I am that old.

What a lovely song.
Thanks and Hugs,
Terrie

Isn’t it fascinating the way music can enthrall us. I have an almost
daily correspondence with a San Francisco music critic and, poor guy,
he’s the recipient of my music obsessions.

About Michael Jackson: I’ve never been involved in popular culture.
I’m a bit obnoxious and also a former opera singer so my tastes,
although wildly eclectic, tend to be more classically oriented. Many
years ago, I listened to a song on the radio. I couldn’t determine
whether it was a male or female singer but the voice was so beautiful
and the technique and emotion were so exactly right, I stayed around
to hear the announcer say that it had been Michael Jackson. Without
the choreography and fireworks, he was a superb singer.

Whether I’m right or not, I detest his father. With a kind father,
his life might have been less of a professional success but he’d
probably have had a life.

John Prine’s Living in the Future

Ooo! What a fun thread! I guess I’ll have to go through my iTunes and
put together a new playlist…“Brandy” would have been one of my
first thoughts, too, but I can think of some others:

I like the way your sparkling earrings lay / against your skin so
brown (The Eagles, “Peaceful Easy Feeling”)

A more surreal number features an assortment of jewelry-related
terms: It’s knocking off my diamond wig / knocking me down onto the
platinum ground… and the silver chauffeur says that it’s all in
your head / when you’re 24-karat dead (They Might Be Giants, “Mink
Car”)

Wedding rings feature in lots of songs, with varying degrees of
terminological accuracy:

Billy took the ring, jammed it in his pocket / drove downtown and
tried to hock it. / Down at the bottom of Lake Pontchartrain /
there’s a love note carved inside a wedding ring (Slaid Cleves,
“Broke
Down”)

and of course Desmond takes his trolley to the jeweler’s store / buys
a twenty-karat golden ring (The Beatles, “Oh-bla-di Oh-bla-da”)

There’s also ZZ Top’s “Pearl Necklace,” but I’m definitely not going
to interpret those lyrics on this forum.

I’m surprised no one has mentioned “Diamonds on the Soles of Her
Shoes” by Paul Simon.

Not my personal belief but, “Diamonds Are A Girls Best Friend”

And time can’t be bought back with silver and gold

And his smile was heaven sent

His hair was long and flowing

And his back was slightly bent

And I knew he knew it

For that day I changed

As I watched him walk on

I forgot to get his name

Beatles: Lucy in the sky with diamonds.

Gary Lewis and the Playboys (Ha!) This Diamond Ring doesn’t Shine
for me Anymore…