Getting the most out of design awards

Sooo… i am curious as to how most people put thier design awards
to good use ? i see that people list awards on thier web sites and on
resume’s but other than that is it just a matter of paying for
advertising to announce yourself to the world ? I am asking because i
recieved a first place Design award at the Ohio Jewelers Association
show last weekend.

I have a few jeweler friends who compete for and have won awards,
including some biggies like Spectrum, and they don’t feel like it has
often brought them any new business. But that doesn’t mean they are
without value. The awards raise their standing in the eyes of their
peers and they give the customer who has come to them the added
confidence that they are dealing with an award winning designer. My
friend who won Spectrum was just interviewed on local TV and the
awards were featured prominently, the interviewer held up the
Spectrum trophy and referred to it as the “Academy Award of Jewelry”.
That TV spot did generate a big sale that may have been attributable
to that award? Sometimes, and I don’t mean this critically, it’s all
about shameless self promotion…something that’s hard for most of us
to do.

When I won the Alabama Jewelers Best of Show last year we sent a
press release to all the newspapers and magazines in the area, also
the chamber of commerce, the city which puts out a newsletter and
the local art center which puts out a newsletter. We got in most of
them. They will not hunt you down you have to get the info to them.
Most are always looking for local interest stories. When the piece
won its category at the JA Show in NY it got even more press. 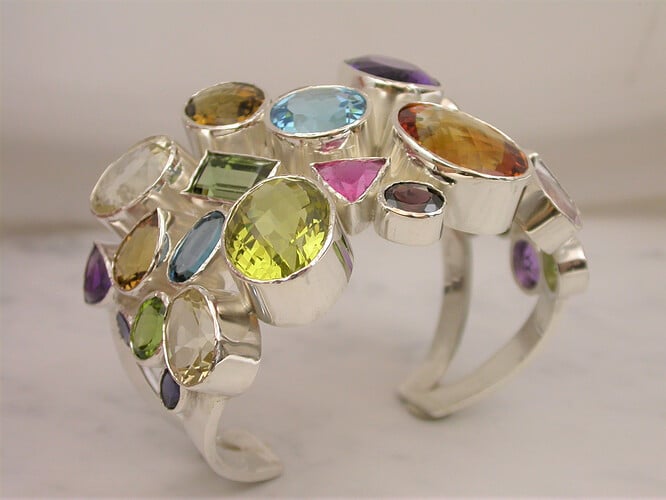