I am trying to flatten out fused fine silver jump rings. I place them
on a bench block and hit them with a hammer. The problem is they are
not consistently round. Anyone have any suggestions as to how I can
flatten them so they are consistently round?

The problem most likely is the hammer face is hitting at an angle to
the block. If you’re giving it a single hard whack, try multiple
softer whacks, adjusting your throw each time. If you find the JRs
shoot out, that would confirm the misalignment, you could crazy glue
them in place til you get the feel. You could also position a number
of JRs on your block, lay another block over it then whack with the
proverbial bigger hammer (I’d use a big lead core mallet actually,
so you don’t mar the block) dead center of the grouping of Jrs. The
multiple JRs act to keep the block faces somewhat parallel.

Susan- As strange as it sounds… When I want to flatten a jump ring
and also keep it round, I put it in an over sized dapping block hole
and hit it with a large round dapping tool.Experiment with the size
and you’ll find it really works.

Have fun and make lots of jewelry.
Jo Haemer
www.timothywgreen.com

Are the jumprings perfectly round before you hit them with the
hammer to flatten them? If they are round, instead of using the
hammer, place them between two steel bench blocks (or two blocks of
hard rock maple) and lightly tap the upper block with a rawhide
hammer. This will flatten them without flattening the wire profile.

Now, what are you going to do with the jumprings? Why are you
flattening them? If you are going to use them for a loop in loop
chain, it’s not necessary to flatten them before bending them.

Use and arbor press. If you don’t have an arbor press, but do have a
ring stretcher, use it instead.

Are you making sure they are properly round to start? Other than
that, perhaps you’re hitting more on one side than another. 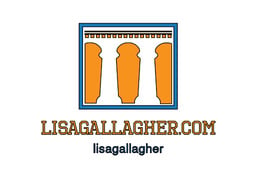 Checkout the full domain details of Lisagallagher.com. Click Buy Now to instantly start the transaction or Make an offer to the seller!

Another way to get jump rings that have 2 flat sides, is to run a
round wire through a rolling mill before winding the coil that will
be cut into rings. Winding a coil made of flat wire will require a
wire guide to keep the wire on it’s edge while being wound. If you
don’t have a wire guide you might try running the wire between the
jaws of a parallel jaw pliers.

I find that doing this with the ball end of the dapping tool
sometimes doesn’t flatten the ring as much as desired, or get it
perfectly round, because the ring can be pushed into the block’s
depression at a slight angle. What works better for me is to use the
back (flat, or mostly so) end of the dapping punch or a similar flat
surfaced punch (I’ve got a bunch of machinists “transfer” punches
that often work well for this). You have to be careful that the
diameter of the punch is slightly smaller than the ring, so you don’t
mark the dapping block. But the flat surface keeps the ring level, so
it flattens against the punch while the dapping block’s depression
compresses it slightly to be fully round. The process can leave a
slight tool mark on both the flat side, from the punch, and an
angled facet from the dapping block, if you hit it too hard, so be
gentle.

And a variation. At one point in my career, I found myself often
having to rebuild worn bezels on bezel set diamonds. Like retipping
prongs, only for bezels. I’d make a jump ring slightly larger in
diameter than the bezel, round it as above, and then fit it into a
dapping block hole a bit larger than the ring, so it contacted the
block’s depression at about the point where it was around a 30 to 45
degree angle. Then I’d use the hole’s matching dapping punch and hit
it hard. The punch then leaves a nicely angled facet on the inner
side of the flat surface of the jump ring. In effect, a section of a
shallow cone. That ring would now fit the worn bezel nicely, roughly
matching the crown angle of the diamond, and could be soldered down
to rebuild the bezel. Quick and easy.

Thanks to everyone who has been responding. I am off work on Monday
and will try out the different techniques you have told me about.