I am about to invest in a quick-change handpiece. I’ve read the
archives, and concluded that I don’t want the one with the push-in
lever, or the high-end Badeco, and the others are all about equal.
(If anyone wishes to dispute this summary, I’m listening!)

However, I don’t have a sense of whether I should get the duplex
spring or not. My regular #30 doesn’t have one, and my hammer
handpiece does, but I don’t really see whether it matters or not.
Anyone care to comment? What is the duplex good for?

Noel, although my hammer hand piece has a duplex spring and I am on
about my 3rd or 4th hammer had piece, I stopped using the quick
change had piece with the duplex spring several years ago. For some
reason the speed of the rotation and the torque with the quick
change creates problem with the duplex spring, causing it to break or
twist. I replaced too many springs in my quick change and finally
went to the ones /without/ the duplex spring and have had no problems
with them. I use two quick change and two number 30 hand pieces on
the four foredoms I have hanging from my bench. I hate losing time
changing burs or drill bits in the process of setting, or wax
carving. One of the quick change I had rebuilt when the bearings
wore out. It has been around for a while and after the rebuild is
once again in service. Hope this helps in your decision to spring or
not to spring.

Duplexes are generally slimmer in design, which is good for people
with small hands, and because of the spring, you can hold it more
like a pencil, rather than the overhand grip for the straight
handpieces. The duplex will allow you to get into some spaces that
are difficult with a straight handpiece, and would kink the flex
shaft of straight handpieces. Mostly it’s about comfort.

Theoretically, it should make things easier on your wrist because of
its ability to flex, but in practice (speaking personally – YMMV),
it’s not good for much. I got one, used it a couple times and sold
it. I actually found it to be harder on my wrist and distracting,
since I had to be conscious of not allowing the spring to bend beyond
its tolerance. It’s also my understanding that duplexes have to be
replaced fairly often because it is so easy to bend them too far.

I’ve been using a Foredom #18D (d=duplex) for about 3 years now, and
really like it. I purchased it to do fine detail wax carving, where
I would be holding the handpiece like a pen/pencil, as opposed to the
“overhand” grip I use on my #30 for daily grinding, sanding, etc. I
chose the duplex adapter because it helps the shaft make that tight
90*+ turn as I hold the handpiece at odd angles, and I chose the #18
because is had the smallest diameter body of any of the quick-release
bodies out there.

After using it for the carving jobs, I began to try it for stone
setting. I found that in some cases, the collet would not hold burs
tightly enough to grind seats for pave and flush set stones, but
works really well for channel setting, where being able to hold the
handpiece as described above gives a bit more control.

I have used it so much, that I am currently having it rebuilt, as the
collet finally refused to hold any burs for any job, and the
bearings were screaming at me. The rebuild is about $75, and worth
the expense for this fine tool.

if you re referring to the # 18D handpiece, unless you have hands
like shaquille o’neal it might feel a little awkward - no matter how
much i stroke it and say nice things to the thing it remains sort of
limp and floppy. # 8, the one apartment model (not duplex), is
handier for me.

In most cases, when you are working with a flex shaft handpiece,
you’ll be holding it like you would a screwdriver, your fingers
wrapped around it. In that case, the duplex makes for a little less
resistance from the shaft, but it’s not doing much for you. It’s when
you are doing delicate work and tend to hold the handpiece like a
pencil, with your fingertips, that you really benifit from not having
to fight the weight of the shaft. In either case, it’s worth the
extra money, but take care not to use it in such a way that you are
creating a pronounced “S” curve in the duplex, as this will shorten
its life, and you don’t want to run them excessivly fast either. One
trick I use is to get one of those mini bungee cords (of 2 or three
really heavy rubber bands tied end to end) and connect it with one
end up on the bracket that holds the motor and the other end
duct-taped about two-thirds of the way down the flex shaft. This
helps to hold up the flex shaft, both taking weight off the hand and
preventing that S-curve thing in the duplex.

I think that you will find that the duplex spring helps to keep the
weight of the flex shaft off the hand piece. It makes it a lighter,
more moveable tool. With the 18D, the smaller diameter also makes it
more comforable in your hand. I have 6 of the 18D’s in my shop, and
we use them for everything from stone setting to wax carving. We
have to overhaul them from time to time, but they are overall, very
durable. 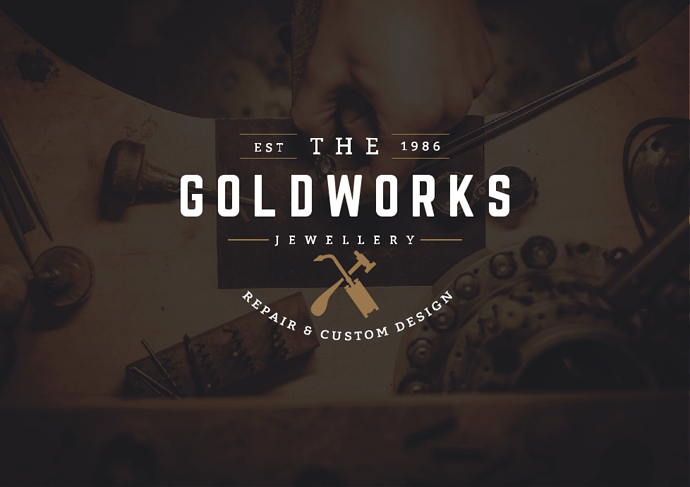 I have had many handpieces over the years-- hammer, quick release,
etc.-- with and without springs. I would certainly recommend (I
usually do when I teach) to forego the duplex spring, especially w/
hammer handpieces. This spring is the weak link in the system. It
often-- again, especially in the case of the hammer hp-- ends up
absorbing all of the stress and bending of the shaft and is held in a
sharp “U” while the handpiece is being used. This is not good for the
spring or the shaft.

It also acts like an “Epilady” hair remover, plucking the hairs off
your forearm and even loose hairs from your head.

Without the spring the bending stress on the shaft seems to be
distributed more evenly along it’s length. The duplex spring, which
is designed to take the shaft’s weight off the handpiece, seems to
actually add more weight to it in a funny way.

I as well believe in the handpc without the spring. If you bend over
45 degrees, commonly the spring will break.

And to you as well Andy. I as a setter could never work without the
Duplex Faro style hand piece with the spring. Of course you don’t
want to over bend the spring. But there’s no need to. I keep my
motors relatively high so that way I am carrying less of the flex
shaft weight with my hands. So my vote is for the spring, it gives me
much more “Flexability” Any Hoooo Here we go guy’s the season is
coming!!! Remember every now and then take a moment and “Breathe”

I just finished marking my fall schedule on my calendar, and if I
get into everything (a couple of shows are still up in the air) I
will have no free weekends from mid-August until just before
Christmas. If I’m not successful this year, it won’t be from lack of
venues. Now I just have to make sure I have enough stock.

I used to have a duplex spring on one of my handpieces as well.
After having to replace the drive shaft it contains several times, I
removed the duplex spring. To give the flexshaft more flexibility, I
replace the outer sheath (the one from the motor to the handpiece),
with a neoprene sheath. It’s much more flexible than the original &
makes using the tool easier. The neoprene sheath is shown on page
240, item L of Rio Grande’s 2006-7 Tool Catalog. The sheath is listed
at $14.00 for 1 or $13.00 for 2 or more. Can’t say anything about
it’s expected life, I’ve only had it for about 3 years & it shows no
sign of wear or weakness.

I love it when a fellow Orchidian points out a great idea that was
right under my nose! As much as I devour the Rio catalog, I never
noticed these or knew they existed. I just ordered one! Although I
don’t do the kind of work that would benefit from a duplex spring,
having greater flexibility would be fantastic. I’ll report back.
Thanks Orchid!