Has anyone heard any credible reports on what silver prices are
going to do ? I keep hoping they will go down after the first of the
year

All the credible reports I have seen indicate that the price of
silver (in US Dollars) will rise in 2011. I expect the devaluation of
the US Dollar (and the Euro) to cause the price of silver to increase
significantly. The price will bounce around a bit, but would expect a
significant increase in 2011. The value of silver, however, should
remain about the same.

Years ago, and I can’t remember the date, but at the time the Hunt
Brothers were into the Silver “Business”, I paid as high as $39.00
an ounce for silver.

Up.This year alone the silver price has doubled. check Why the Silver
Price Is Set To Soar -
http://news.silverseek.com/SilverSeek/1178815776.php

I am re-re-refiguring the prices of precious metals. This is what I
gotta plan to do, get the daily quotes from “Kitco.com” average them
out for the 5-day period, then do my numbers. But up here in Canada
we must pay an additional “Harmonized Sales Tax” of 13% on top of
everything. This tax is a combination of the Provincial and Federal
Sales taxes, nice eh?..:>( So when it comes to, lets say, silver.
This is easy to figure, the base metal, the labour in casting fees,
casters profit, plus the unholy taxes, I get a rounded-off price of
$2.54 per gram.

That’s out of context. It’s a joke punch-line to “The Golden Rule”. I
think silver is going to go up faster than gold and will become a new
medium of exchange and therefore illegal to own in the land of the
free (USA)

If you look at Kitco.com, anyone can now own silver, especially in
1/2 kilo sizes…a.k.a. 500 gram bars. If you can’t physically "own"
gold, how about the mining stocks?..

It isn’t the “theory” of supply and demand. It is the “LAW” of
supply and demand. More silver is consumed each year by industry than
is produced by all the world’s mines, which drives up the price. As
the price goes up there will be more mine production, but most likely
it will take at least several years for increased production to
offset demand.

It is not jewelry demand that is driving the price. If it was,
silversmith jewelers would be very happy about business. But there
may be a silver lining. Cheap silver jewelry in the malls and
Stuff-Mart sort of stores is drying up and being replaced with
plated costume jewelry and other less expensive materials. If this
continues silver jewelry of better quality won’t have the cheap and
often nasty silver jewelry market to compete with and be compared to.
It might take a while, several years or more. But I think the status
of silver jewelry and consumer price resistance could make for a
better market for nice silver jewelry as higher material prices start
to seem normal.

Hi Stephen, it makes sence to me. We will. see if it comes to pass.
Wish you the best in the new year.

See the recent Wall Street Journal article on soaring silver prices.
I think it was on Dec. 26th. Prices are projected to go up higher.

A friend of mine who has just retired after making $6.9bn as a gold
futures analyst reckons that the price of gold and silver will
continue to rise this year and may double. His reasoning is that
after the banks screwed up so royally over almost everything else
they are investing in the metals themselves as collateral for their
other riskier paper dealings. Currently, the big banks dont have
large stocks of the metals so they are buying in the market. You
will all be aware of these adverts for “cash for gold” and the like,
many of the end buyers are banks like JP Morgan.

The biggest transfer of assets was forced upon the populations of the
free world when the central banks forced people to accept paper money
in exchange for the gold and silver coinage they had deposited. The
British government even made it illegal to possess legal tender and
confiscated 496 tons of gold from the population during and after
WW1. The US government did the same wiithout the legal niceties,
they scrapped the gold standard and kept the coinage. Now there is
uncertainty in maintaining supplies of other consumable commodities,
especially oil and gas they are out to do us once again so they can
maintain their position in the world stage (and line their own
pockets). Funny how you never see a poor retired politician but you
see thousands of poor miners and ex-miners. Dont forget, gold and
silver are also portable, hence the appeal if you have to leave
somewhere in a hurry. They also have the same value anywhere in the
world where exchange rates are unpredictable and designed to force
the population of a particular country to invest inwardly. You try
asking to pay your taxes in a foreign currency, they might agree but
they get to choose the exchange rate and will probably clobber you
for capital gains tax as well.

Prediction: Gold to increase whist bankers fill their boots and
silver to double in a year. No change of law on metal ownership
unless someone starts war that affects financial markets so watch
China, Russia, Korea and India. Not much to worry about with that
little list then!

My friend has bought a big (for UK) farm miles away from London so
keeping an eye on food supply. Also has physical metals assets and
shares in mining companies. His metals dealing has outperformed the
mining companies’ stocks without really trying. Personally I have
been picking up diamonds on the cheap from people scrapping jewellery
for the gold content.

In my area, there is a store known as T.J.MAXX - They have a counter
full of what they claim to be Sterling Silver items, Most items are
chunky but they are still selling for between $20 & $30. dollars. I
cannot find these items WHOLESALE for that price. Even their chains,
a variety of lengths, thicknesses are still under $30.00 retail. I’m
thinking I should purchase some of these items and send them directly
to a refiner!

TJMAXX buyers are notoriously hated in the manufacturing world
because they tell them what they will pay for items and not ask how
much an item costs, and they order in such large volume that troubled
manufacturers find it hard to say no to them.

They also sell quite abit of electroformed jewelry from Israel (at
least the one by my house and I know that it is one of the top stores
in the country).

Rita I’d be ultra careful of the exact silver content. Not all
silver is .999 or even .925, I’m not mentioning from which countries,
but looks can be very deceiving. “buyer beware!”. If you wish, buy
one item and “test it”…

The Wall Street Journal article may be the incomplete or perhaps a
tad optimistic on what is happening with silver prices. 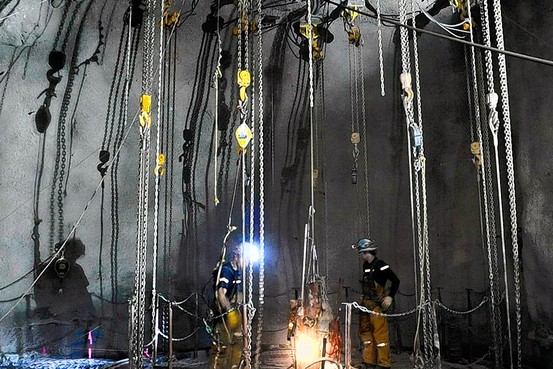 An unexpected surge in investor demand is sending silver prices soaring—and speculators and mining companies are digging in.

Check out Patrick Heller’s article " Nifty : Silver will be at $50"
for his explanation of the real reasons why investment demand is so
strong and will continue to be so in 2011:
http://tinyurl.com/23kwmtb

He says, “It stems from an expectation of a huge drop in the value of
the U.S. dollar and an almost total collapse in the trading of
"paper” silver (and gold)."

You might want to check an item prior to purchase & see if it is
stamped Sterling or.925 & has a makers mark on it. If it doesn’t, i
may not be sterling.

Some retailers haven’t set up proper procedures for insuring what
they are selling is what they say it is.

Amid all the rumors and reports of silver prices going even higher,
it was interesting to hear one commentator on the local business
channel suggest that the bubble will burst and prices plummet. He
based his conviction on the fact that there is no shortage of
silver, and that there is not a growing industrial use for it. He
stated that the prices are high because many speculators have entered
the market, and when the price reaches a certain level they will
sell, thus causing the prices to go down. This will be followed by a
big sell off on the part of jittery investors who tend to panic at
the first drop in price. It will be interesting to see if his
prediction is correct.

A few years ago the biggest use of silver was the photographic
industry.With that maket gone you would have thought that the price
would have dropped but it didnt. The price is determied by supply
AND demand. When the price goes up it becomes economical to mine
deposits that wouldnt have been touched a few years ago but it is
demand that pricipally drives the market. Small investors are driving
the silver market rather then the big ones, who are still getting
into gold. In the UK our biggest grocery store chain has just opened
its own gold buying counters in many stores. The reason for doing
this is a more solid return on cash than they can get via banking. In
hard times people are spending less in the stores per visit but take
their jewellery and give them some cash and the punters will be
spending it internally so you are in a win-win position.

Dentistry is a big market for precious metal as well but the real
demand is India and China for both hoardding and industrial usage.
Bigger internal markets are the reason for demand, not selling stuff
to us in the west. 1/3 of the world’s population are about to become
richer than they ever were and want to hoard a bit because they
still have dowry systems and dont trust their governments to have
their long term interests at heart.

Don’t forget your gold crowns. My mother gave me one that fell out a
few years ago and I sent it to the refinery with my silver scraps and
it added $60 to my check. Recently my husband had a replaced crown
and the dentist commented that of course he really didn’t want the
thing did he. That was a surprised dentist when my husband brought it
home to me for my scrap collection.