I was using Kerr Accu-carve purple wax in my wax injector, and liked
it. It allowed me to make changes to waxes from my stock molds
easily. My local supplier CR Hill started carrying Freeman carveable
purple wax. I didn’t notice the change when I bought my last batch
of wax. The Freeman wax is nothing like the Kerr Accu-carve, except
for the color. It’s certainly nothing like carveable… It’s gummy
for the first couple days, then it gets brittle and falls apart if
the waxes aren’t invested and cast quickly.

I want to switch to something else that is more workable. But I’m
open to trying other kinds of wax, since I haven’t tried them all
yet. Before I order more of the Kerr Accu-carve from somewhere, I’m
just wondering what brands others here are using in their wax
injectors?

H Kathy, my suggestion is to go to the Kindt Collins website and
look at the Ferris injection waxes.

The turquoise has great memory. It’s not the best to file but is not
a nightmare like the pink bubble-gummy stuff that is out there. You
can really see the turquoise well too. All of the Ferris waxes are
superior to work with.

And I’ve tried the Kerr accu-carve and like it just as much.

Try the Plasto Wax. I use it and can carve after injecting. Castaldo
purchased that formula about three years ago. You can find it at
Castaldo.com I think you’ll like it. 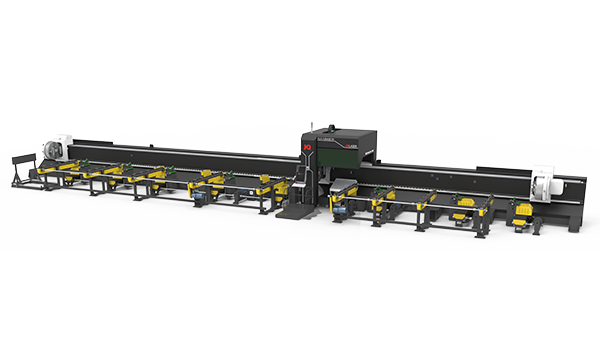 I use the blue Plasto-Wax for most stuff, but it’s not really ideal
for everything. The truth is, no injection wax is “ideal” for
everything. Those that fill detail really well shrink like crazy when
doing something heavy, creating areas where the piece is sunken in
(this is called sink). Those that don’t sink or shrink much on heavy
pieces generally don’t do detail well. Wax that carves well is
usually brittle and shrinks a lot. That’s why the big production
shops have several pots, each filled with a different wax. That’s the
way to go if you do a lot of shooting of different kinds of pieces
and can justify the expense. Most of us can barely justify one pot
though.

Like I said, I like the Plasto-Wax for general shooting. It stays
relatively flexible and tough (doesn’t shatter if dropped), it has a
wide temperature range allowing quite a bit of flexibility as to the
type of molded piece, doesn’t shrink a lot (unless the temp is
cranked up high for extra detail - a little more pressure and a
longer injection time helps reduce sinking), it is fairly easily
carved, but it is a bit gummy when filed, so keep your carding file
handy. It is easy to see when you have to modify it and it’s
flexible enough right after shooting to do a surprising amount of
stretching and bending for doing things like sizing, reshanking or
fitting an oval stone in a design originally intended for a round.
Things like temperature (of both the wax and the mold), pressure and
even injection time (how long you keep the mold on the nozzle) can
make a big difference and you will likely find that each mold will
like a different combination of all three. Plasto-Wax responds pretty
well to the different conditions, a whole lot better than most
specialty waxes.

Mainly it’s a pain in the neck to change out a wax pot, especially
just for one mold, so I leave it in there and make it work as well as
I can, blob on a little here and there when I can’t make it work as
well as I’d like, clean it up as much as possible and then finish it
in the metal. It’s good enough at everything to be a pretty good
general purpose wax for the one-wax-pot shop.

I just wish wax manufacturers wouldn’t make you buy five pounds of
the stuff just to try it out. A five pound sampler pack of half
pound samples would be great idea (any wax manufacturers or
distributors listening?). I threw out about 48 1/2 pounds of wax a
few months back, most was 4 3/4 pounds left of the five pound bag of
all kinds of different wax. All of it was junk, so don’t anyone feel
like they missed out on something good. Wasn’t worth the shipping.

I like the pink in pellets…it is flexible and pulls easily.

We’re using turquoise, right now. No particular reason, we just do
general purpose stuff and not all that much of it, these days.

But as to Plasto-Wax - I made a golf tee. Not a real one, a turned,
decorative, pint-sized version of one. I didn’t want parting lines,
so I cut the mold in half with the tee still embedded in rubber,
covered by 3-4mm on top. With the Plasto-Wax, you can let it set up
good, and just pull it out of the mold. Not only that, but it’s
sprued on the large end, where the ball would sit, so it’s being
pulled “wrong end first”. Works fine - tough stuff. As David says,
it’s not ideal for everything, but nothing is…

Plasto-wax gets my vote. I have used it for over 10 years after
searching for the best all around wax that has great memory, shelf
life,injects easy, release and flexability and is carvable.
Especially carvable. I use it at different temps and different
pressures for different molds and while it is not perfect for
everything it is still the best all around I have ever found. my
choice. Frank

I too vote for Plasto-wax. Frank is right, it’s a great all around
wax, shoots easily, takes great detail, and carvable to boot. And
Frank, remember me, I bought your used wax injector off Orchid a few
years back. It’s working great, and guess what kind of wax I run in
it? Plastowax!

Jay glad to hear you are getting good use out of the wax injector.
Lots of folks on Orchid benefited from my tool sale, glad you were
one. Frank