Not that it really matters, but I’ve always been curious: Why are
nearly all of the U.S. jewelry manufacturers in Rhode Island?

I don’t really know this for a fact, but I assume that it was
because a number of manufacturers started there because of the
available labor, and it simply became a convenient place to find the
qualified (experienced) labor as time went on so more manufacturers
moved there. Of course it might also have had to do with available
energy sources (remember that the textile industry in this country
started in Waltham, MA and Lowell, MA because of the availablity of
water power) or other needs for the industry. Incidentally, it isn’t
only Rhode Island where they were located but also in the Attleboro,
Massachusetts area. I think you will find that there are not nearly
as many located there today as there were 50 years ago.

Hi all, I believe that Daniel is correct. From what I have gathered
from my trips up there it was quite the hub of costume and glass
jewelry. The natural sources of power and large mfg. capabilities
drew many companies.There were also a large number of skilled
craftsman that blew and designed with glass. Many of the old catalogs
and cabinetry were set up for the salesman to come in and order
various types of glass beads and cabs in a multitude of colors ,sizes
, textures and then ordered the findings to go with them. The glass
order went off to Germany, Japan, France and Italy and Czech. It all
came back and was assembled there.

My friend purchased several great Arts and Crafts period cabinet
from some of the old mills. About 20 years ago. They were still
filled with the original glass. Each drawer has a cardboard paper
that fits neatly on the bottom . This paper is full of 2x3 inch
squares drawn by hand in brown ink.Some of the most beautiful writing
I have ever seen .( I have my fantasy about it being a feather
quill!!) Various types of glass are glued down to the middle of each
square and labeled with the country of origin. They go on like this
until 1968. Findings that are associated with them are in other
cabinets. It was amazing to see the passage of time laid out in a
drawer, in glass and in ink. Hope this helps Enjoy the wonderful
sunshine!! Helen

I’ve often wondered myself. I used to visit RI from England as a kid 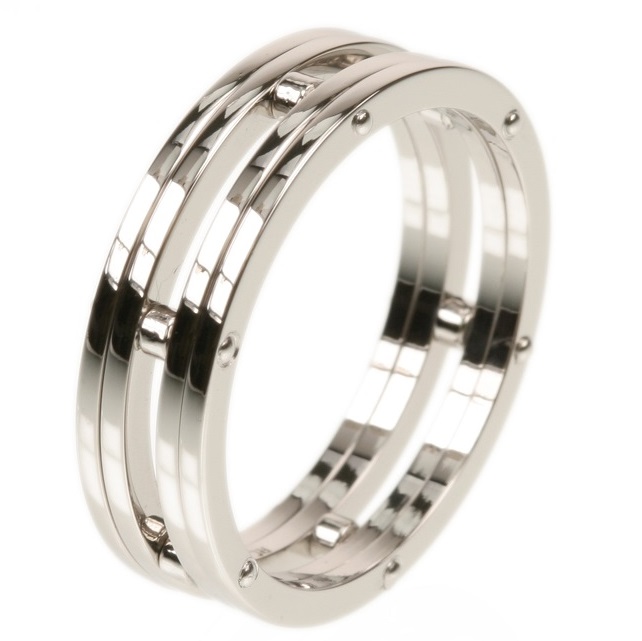 Custom jewelry design and additional items to choose from in the store. Diamonds and natural gemstones. 18kt gold and platinum. In house manufacturing on time.

It all goes back to the seventeen hundreds when Gorham Silversmiths
established their business in Providence. They were the original
and just about all jewelry companies were off shoots of their
operation in one way or another. Over the years these companies
evolved into making jewelry, both precious and later costume lines.
Out of necessity support companies formed, electro platers. stone
suppliers, enamelers, findings companies and most important, all the
basic material suppliers were located in the Providence and the
nearby Massachusetts communities, Attleboro, and North Attleboro.
Most of the metal manufacturers have consolidated into one major
supplier, but several smaller metal companies have formed. However,
these new smaller metal supply companies lack the diversity of
products, often limited to basic strip and wire production. Not
offering specialty products such as gold filled, solder filled items,
laminated metals and thin wall custom tubing.

While the industry that is in place is still a vibrant part of the
Rhode Island and Massachusetts community - it is shrinking. I would
say the industry was strong up until the middle to late nineteen
eighty’s. Labor intensive costume jewelry was the first to succumb
to Asian competition. Costume was a major part of the industry so
the area has felt the loss. Most of the companies processing precious
metals have held up well; however, some of them are not as strong as
they once were.

While many of the older crafts people have passed on, there are
still many very talented individuals in this area, from engravers to
designers to toolmakers to everyday jewelry crafts people. And, there
is still a strong jewelry support industry in place, but, the
customer base has spread out to many other states.

The Manufacturing Jewelers & Suppliers of America is located in
Providence as well as the Providence Jewelers Club. MJSA’s name
originally included Silversmiths of America rather than suppliers up
until only a few years ago. With a couple of exceptions, most of the
hollow ware sterling silver companies have moved on.

Dodge was able to do this because he had developed a workable
process of bonding gold to copper and other base metals producing the
predecessor of what is known today as rolled gold plate or gold
filled. The Providence Jewelry Museum
http://www.providencejewelrymuseum.com/ has some interesting material
for sale on this subject.

As a resident of the Great State of RI, I will fill you in on how
the Jewelry industry got started. But first a little history
lesson. Pawtucket RI was the home of the industrial revolution in
the US. A gentleman named Sam Slater, opened the first factory that
could spin cotton in a production settting. This made the port of
Providence one of the most important seaports on the east coast,
with ship coming and going to all points of the world. Two guys
named Gorham (name ring a bell) open a shop where they made
silverware and that is where the whole thing started in RI. The
Gorhams trained artists, to duplicate there work. These artists
trained other artists and on and on. By the way, opening soon in
Providence will be the jewelry museum. Here you will be able to see
how the industry florished up until the late 90’s. At one point,
the jewelry industry accounted for 30% of the entire economic base
of the state. In fact we had the second largest gold depository in
the US after Fort Knox. Best To all from Providence