Hello All – I am taking Valentin Yotkov’s workshop in NYC at the end
of May. I’m wondering if any of you (especially those who have taken
his workshop) can recommend a good place to stay?? Thanks for your
help!!

I know of two reasonably priced places to stay in NYC: the Leo House
and the Soldiers, Sailor’s and Airmen’s Club. I’ve never stayed at
the Leo House, a former convent, though I’ve tried; they’ve always
been full up when I called. Karen Christians has had better luck and
loves the place. It’s about $70/night for clean, safe, and somewhat
funky accommodation in Chelsea. A quick search using Google yielded
this result, which tells about Leo House and other interesting places
stay in NYC. Keep in mind that charitable organizations don’t have to
charge room and/or associated taxes, which are fairly hefty, so the
price you’re quoted is the price you pay. That is, $70 is $70 and
doesn’t end up being (I’m pulling this figure out of a hat) $92.39.

Here’s a link to about a host of religious-related
lodgings in NYC, including the Leo House:

The Soldiers, Sailor’s and Airmen’s Club is for people with a
military connection. I just found out about this place and hope to be
able to cash in on my veteran’s status sometime soon. It’s not just
for veterans or active duty people; if your mother or father was a
veteran, you may still be eligible; check it out. They have a
website:

Serving Those Who Serve

A book that has lots more budget recommendations is Mr. Cheap’s New
York, which you can get from Amazon.com 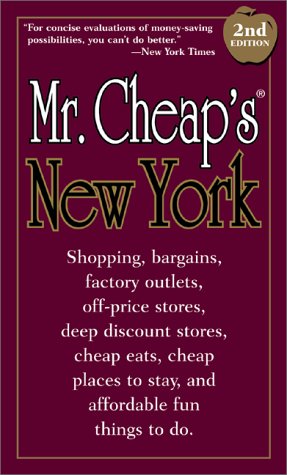 The last time I went to NYC, which was fairly recently, we stayed
the Hotel 31, which was a nice enough small, “European style” hotel
in the Murray Hill section. It had just been redecorated so
everything was clean and new. Had to share a bathtub (“European
style” seems to be code for “shared bath”) but this has never been a
problem and seems to be the key to affordable accomodation.

I’m sorry this is so long, but I may be spending a weekend in NYC
the first weekend in June, and if we can’t get into the Soldier’s,
Sailor’s and Airmen 's Club, I’m going to try the Best Western
Seaport, which seems closer to Brooklyn, has great views of the
Brooklyn Bridge and is relatively reasonable. Here’s another link:

For those attending this workshop who might be considering bringing
family/friends, there’s another cool lodging option that I woudl
recommend… stay across the river in Weehawken NJ at the Sheraton
Suites. The rooms are HUGE and the prices aren’t at all bad (you
could easily sleep 6 in a room – more in some rooms). The benefit
is that there is a commuter ferry that runs from the hotel (and from
1 mile up the road via free shuttle) into the city. The shuttle
lands right behind the Javits center, where it meets up with FREE
shuttle buses that go throughout the city. To return, you simply
flag down a NY Waterways shuttle from any of the city bus stops
(there are maps available). The ferry ride is about 5 minutes,
costs about $9 round trip, and runs every 20 minutes most of the day
(more frequently during rush hour).

The advantages are many – an unparalleled view of the NY skyline, a
quiet rest, and the ferry ride is both fun and convenient.