Has anyone attempted vacuum forming with wax sheets then casting these? I understand that when vacuum forming you would use sheets of thermo plastic, could the wax sheets be between the die and the plastic and form over the desired shape leaving a positive wax shape that could then be cast?
Please let me know what you think of this.
I am unexperienced in vacuum forming and have just thought of this idea and I’m unsure whether this would be genius or whether it is very flawed.

I doubt that would work. Most likely, the heated wax would just adhere to the model. But if you used a plastic that burned out cleanly, you could melt some wax, pour it in, and pour it out again, building up sufficient thickness for casting. If the plastic did leave an ash residue, you could make a mold from it and cast the wax into it. One of my former professors, Harold Paris, made a series of bronze sculptures using vacuum-formed components that he burned out, although I don’t know exactly how he did it. See Avant-Garde Sculptor Harold Paris — Kurt von Meier

thin plastic? i used to do a lot of casting and used HO train scale figures and model car parts in the pieces. most plastic burns out easily of course, throw a bit of your plastic sheet in your kiln and do a trial burnout schedule and see what happens 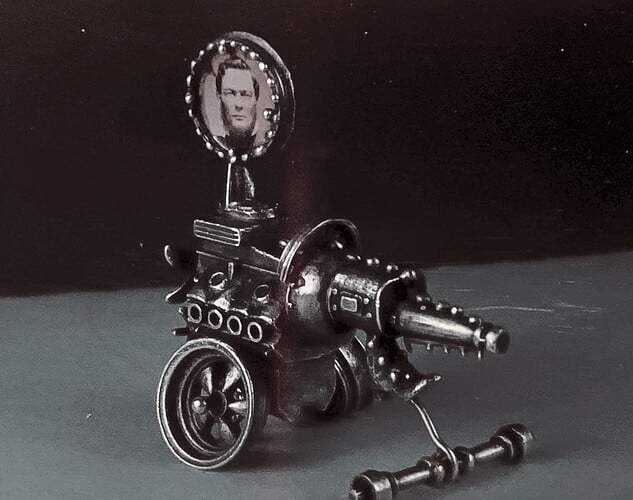