Just because it floated to the top of what passes for my mind: does
anybody out there know how to make (or know in what book it is
explained) how to make that flat herringbone looking wire braid that
you see in a lot of Turkish work? Looks like a flat strap of flexible
metal. You can’t really see the wires from beyond 5 feet.

I do actually have a sample of a cut end of a piece of it. I picked
it up with the idea in mind to reverse engineer it, but haven’t had
the time. At this point, asking is probably the more sensible thing.

Lest someone think I’m disparaging the village women, I’m most
emphatically not. At one point in my travels, I ended up in a
rug-making school in Cappadocia. There was a woman there sitting on
the floor knotting one of the silk '900 knots-per-square-inch’prayer
rugs. Dear god. I had to go hunt down someone to translate for me
just to make sure she understood just exactly how impressed I was
with the detail and patience she was putting into it. (She, much like
the jeweller in the Grand Bazar who sold me the scrap end of the
braid, probably thought I was nuts, but at least she knew I was
impressed in my lunacy.) I’d never pay $5K for a small rug, but now
I understand why some do. (and I’d never, never, put it on the floor
if I did.) Having seen real Turkish rugs, made properly, I
understand. Still can’t afford them, but I do understand why they
cost as much as they do. It’s entirely earned. (And if you ever get
to Istanbul, you’ve got to do the whole ‘buy a rug’ song and dance at
least once. It’s almost a ritual floorshow. And a great source of
tea. Just watch out for the Rakka.)

I have been investigating the same thing (refer to attached pic) for
a while. What I deduced doing a sketch for myself is that it is
basically a “chainlink” structure like that used in fencing.

The twill span is about 5 wires or threads. The wires are formed in
a V that drops 5 wires, catches and the goes back up. Eventually,
there are interlocking diamond shapes, with both the front and back
faces of the belt /band identical. It’s really quite elegant. I
haven’t thought about how to actually warp the loom of sorts that
would be needed, but that is the structure.

My education was textiles. This woven belt is both a fascinating &
elegant functional design. 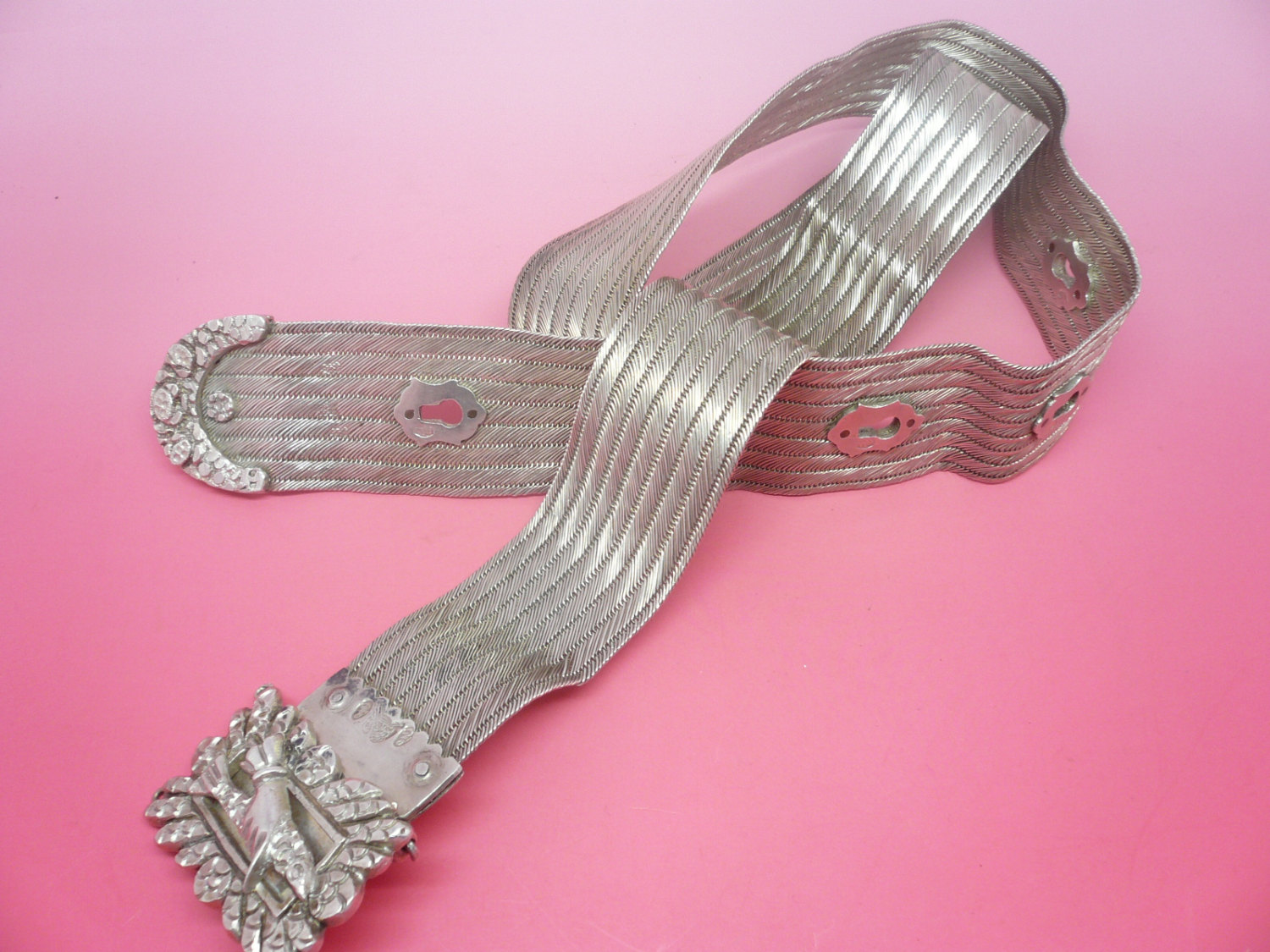 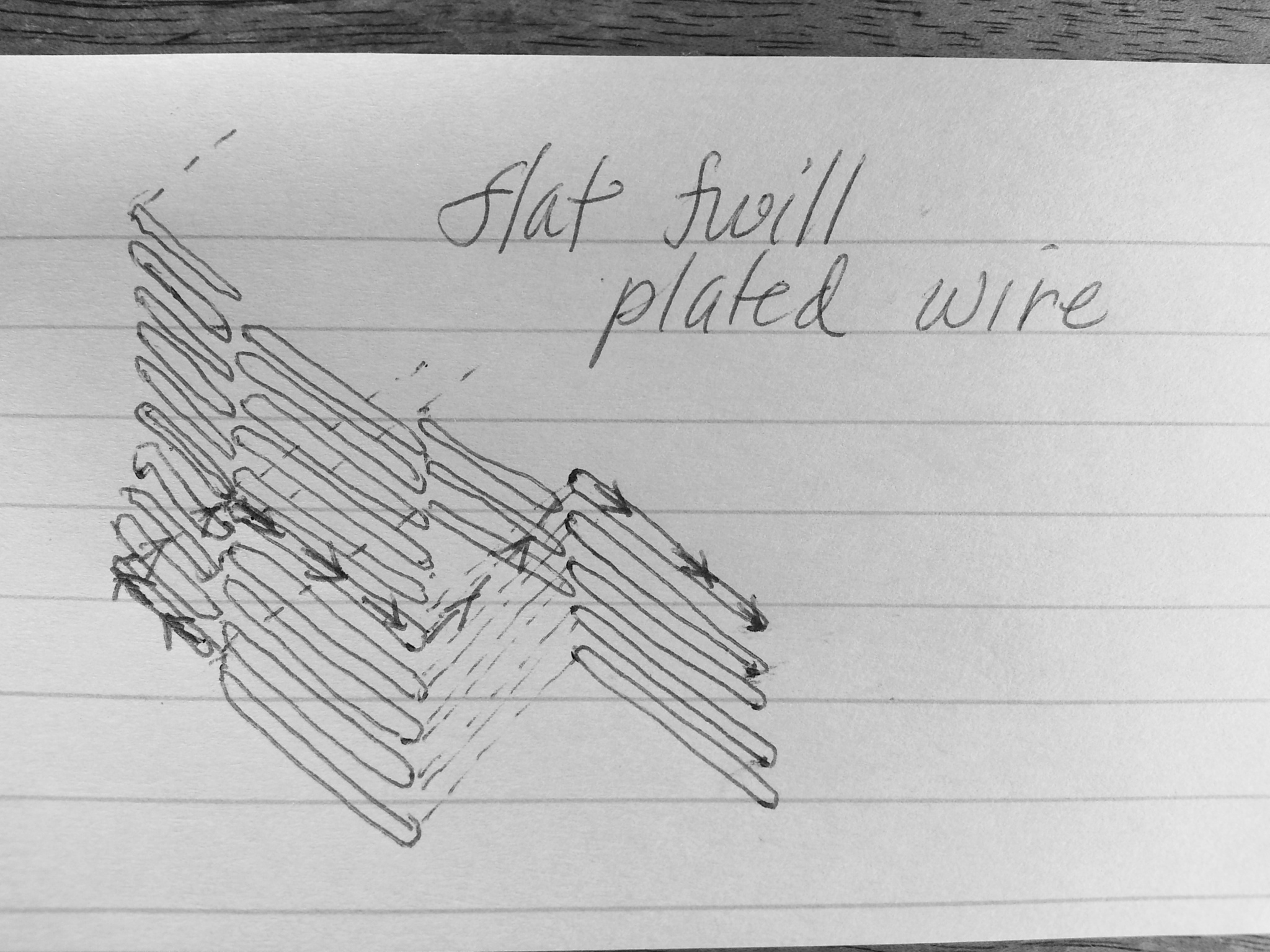 These are assembled from several lengths of plain loop-in-loop chain
fixed to each other side by side.

First you make as many loop-in-loop chains as necessary to make up
the desired width. Then, placing the chains side by side so that the
loops line up, a long loop is passed through each aligned transverse
opening and interlocked with the next transverse loop.

If, for instance, you have a flat chain that appears to be composed
of 5 loop-in-loop chains, there is actually a sixth chain, the one
that binds them all together. 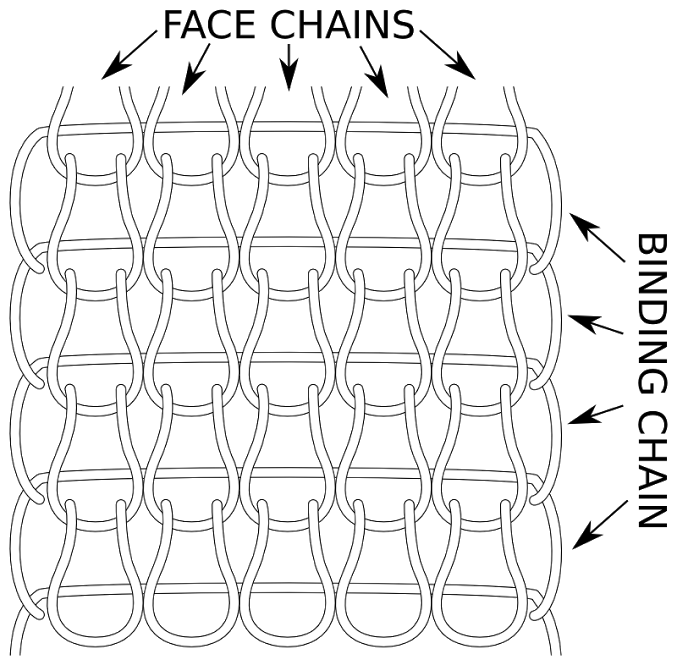 I suggest doing it as an image search as there seem to be many
variations on this braid and seeing the images will lead you to the
one you are looking for.

The books “Ancient Wire” and “Ancient Wire II”, by Helene Jacobs,
are excellent, with r4eferences to ancient artifacts. “Classical
Loop-in-Loop Chains” by Jean Stark and “Silver Wire Jewelry” by
Irene Petersen might also be useful. 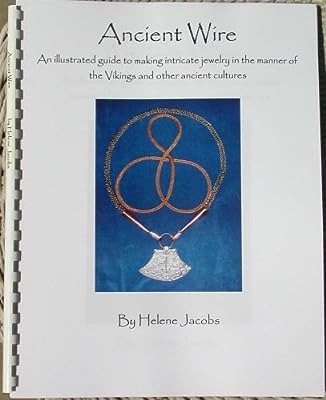 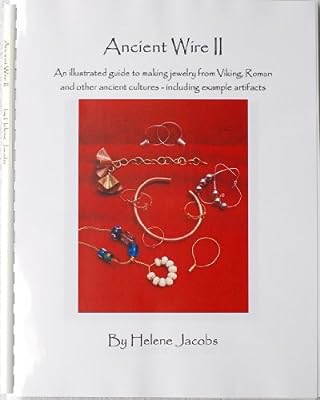 Ancient Wire II - An illustrated guide to making jewelry from Viking, Roman and other ancient cultur 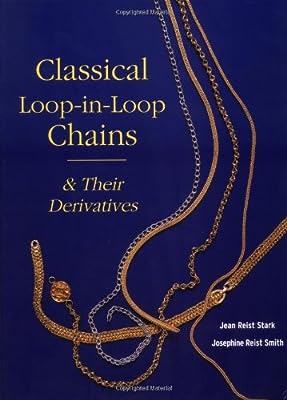 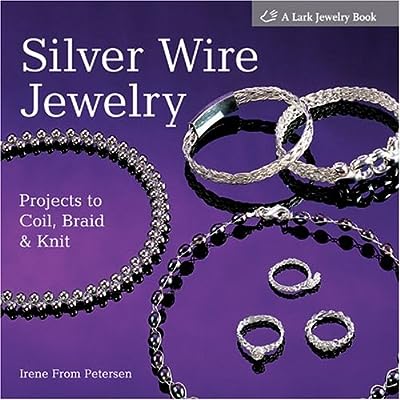 Do you have a pic? It might be a variation on “Viking knit” chain
— actually woven, I gather, and not just by the Vikings but Romans,
Greeks, and others. They are still made today among, for example,
Tibetan village woman, with no tools other than a dowel and a wooden
drawplate. If loosely drawn down, it can be pressed to look flat by
various means. (If tightly drawn to a narrower diameter, it resists
flattening.)

Yep. I once did the Istanbul rug show thing. And, yes, I bought the
rug, now on my living room floor.

I don’t know what the Turkish braid looks like but one thing that
comes to mind as a possible source of info is one of Hervey Garret
Smith’s books (don’t remember which one though). In his “The Arts of
the Sailor” there is a 4 strand flat braid but I’m thinking that in
another of his books there is one of, maybe, 8 strands. But anyway,
the basic idea can be multiplied by as many strands as you can keep
up with.

first two. I hadn’t seen them before. I’ve got a copy of Stark around
here somewhere.

I’m including a picture of the sample piece I’ve got. I got the tag
end of a bit, so I could see how it unraveled, rather than buying a
finished piece just to destroy it to take the chain apart.

I’m not entirely sure it’s loop-&-loop. Looks to me more like it’s a
bunch of jump ring coils threaded through themselves and then rolled
flat. Sort of like a chain-link fence. I just haven’t had time to
sit there with a microscope and follow one blinking wire all the
way back through. For scale, it’s sitting on my bench pin. And this
is a larger one. They make them much smaller. 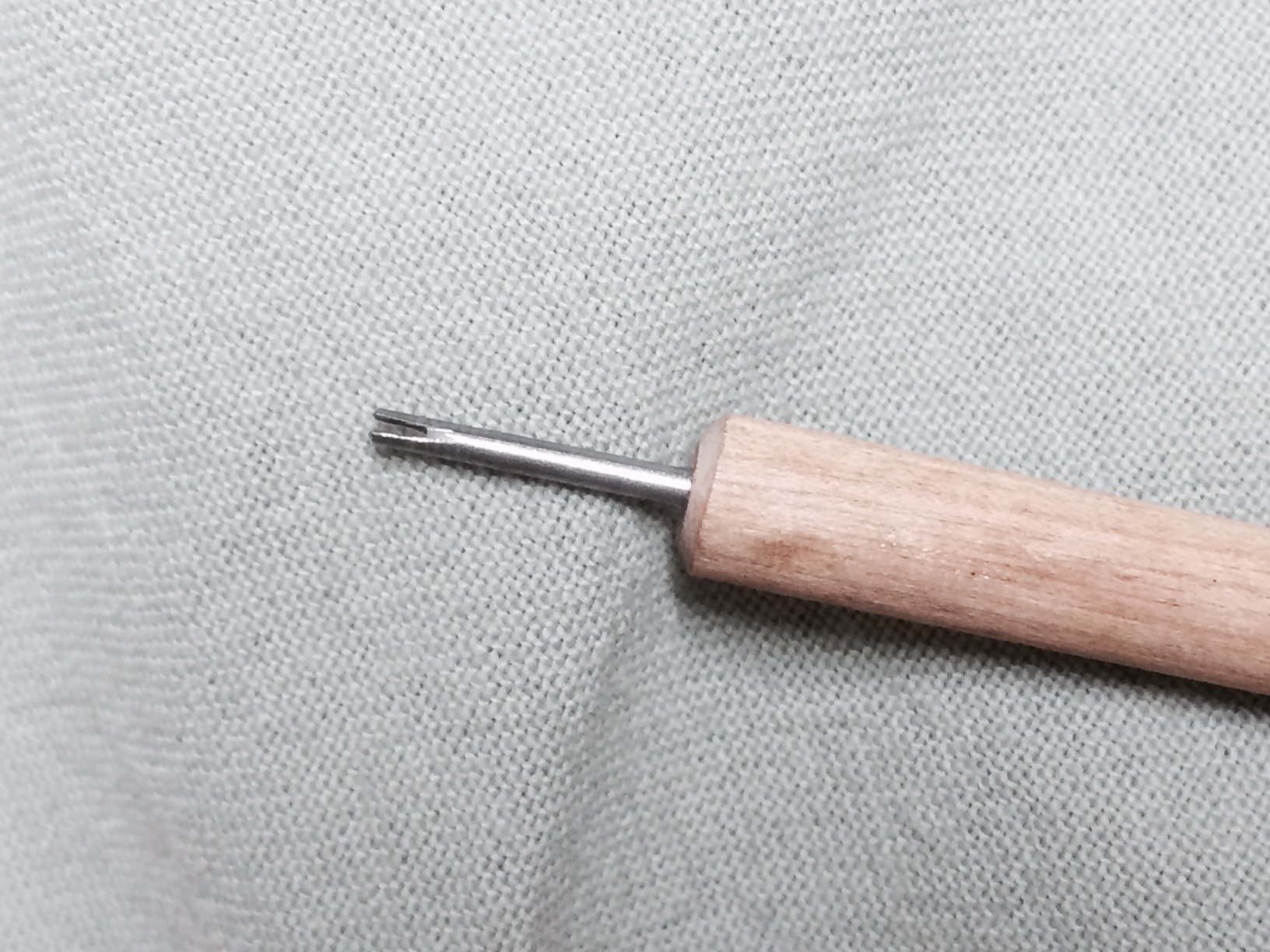 Thanks for this info! My wife was considering getting me the Ancient
Wire books, but wasn’t sure if they would be of any value or not!

Is this similar to Turkish flat braid cable you want? I found this
video http://www.ganoksin.com/benchtube/video/973/Weaving-wire

you can also go to the Instructables website and search for the
Hardware Store Bracelet. It is a braided bracelet by RaNDoMLeiGH.
These may not be exactly what you want, but may be enough to give you
an idea of where to start.

I have these books and they are very useful.

It’s a type of silver weaving known as Trabzon (Trebizond) work and
is done generally in 22kt gold. The technique has its origin in the
Caucasus, where till World War I, was used to make body armor. They
say it’s so strong that you can use a bracelet to pull a car!

About six thousand women in Trabzon (northeastern coast of Turkey)
work in their homes making this kind of weaving or braiding. These
women use nothing but two hands, a pair of tweezers, a pin or
needle, a tooth pick, and A SINGLE WIRE!!! It comes out flat as you
make it, so it is not at all like later flattening tube-like forms
or links.

There is a site with a number of exquisite silver Trabzon bracelets
in silver, as well as a marvelous YouTube film showing them being
made in gold. The film is in Turkish. How I wish to hear a
translation! At the end, there are very interesting pics of a
workshop where this technique, among others, is being taught. See 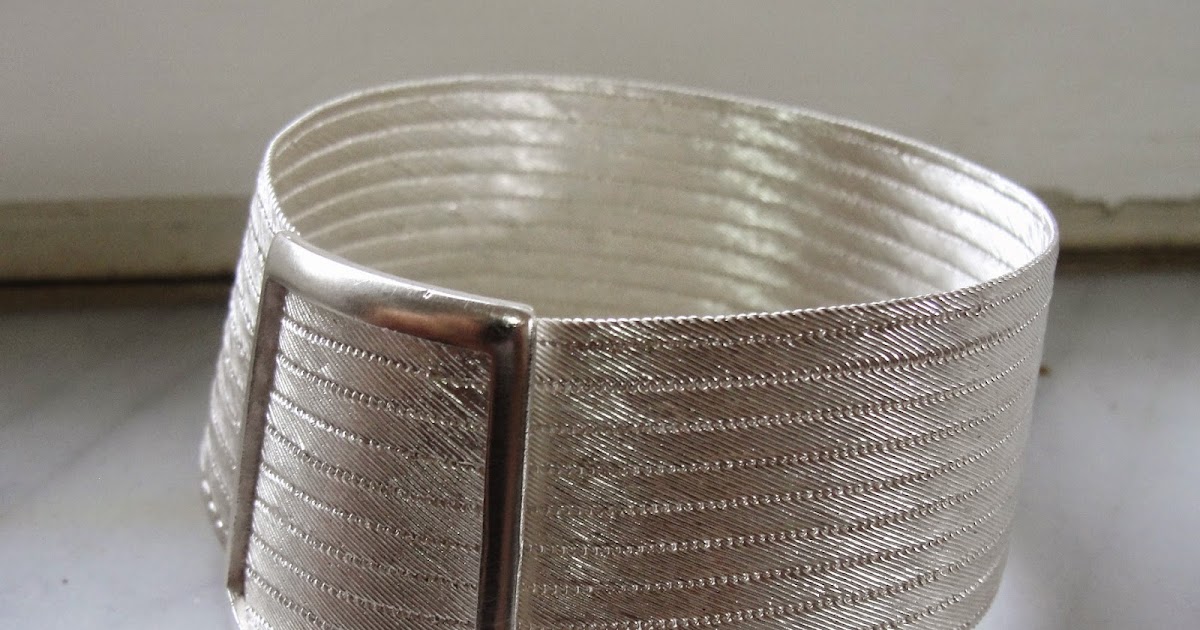 We just begun a new, very exciting class: silver weaving. This kind of work is known as Trabzon (Trebizond) work and is done generally ...

for an utterly amazing experience!

Thanks for that link, Janet. I’d never seen Trabzon before even
though I’ve traveled to Turkey 3 times. Next time I’ll look for it!
Yet another Turkish craft to admire…

On the same site is a tutorial for the braid: 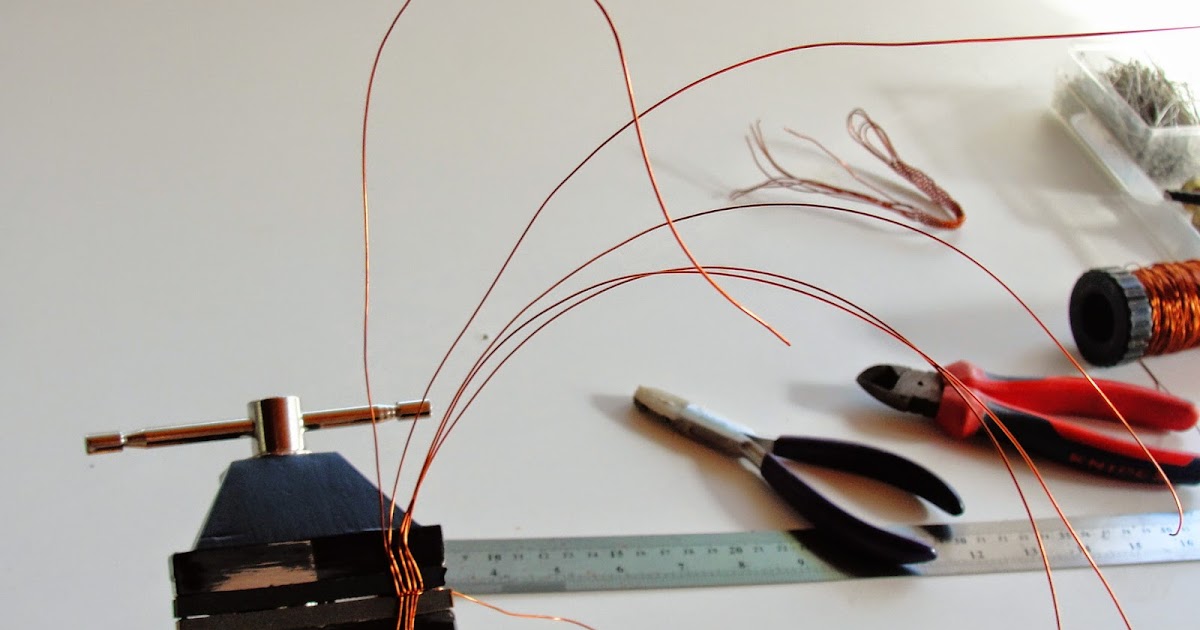 We want to share with you what we learn on our lessons. The Trabzon work is really hard and it will take a while till we have something t...

After watching the woman weaving the silk prayer rug, I expected
something agonizingly tedious, but that was a whole level beyond my
expectations. I wish I could have understood the video. I think I
understood a fair bit about what they were doing, but I’d like to be
sure.

Amazing what you can do with just simple tools and infinite
patience.