Does anyone know what this tool is called & where I can purchase
one? 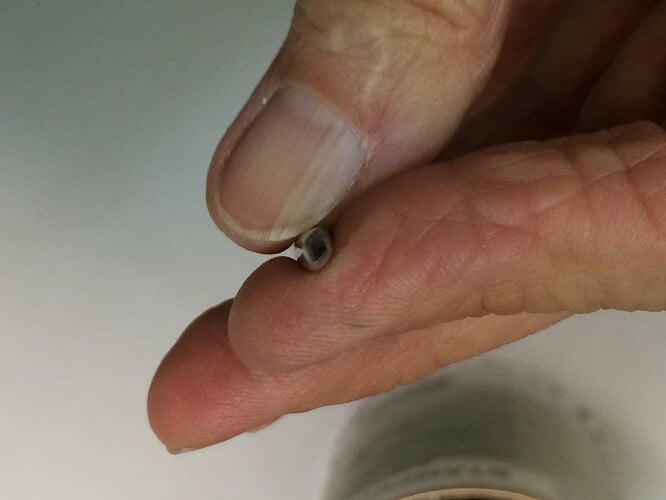 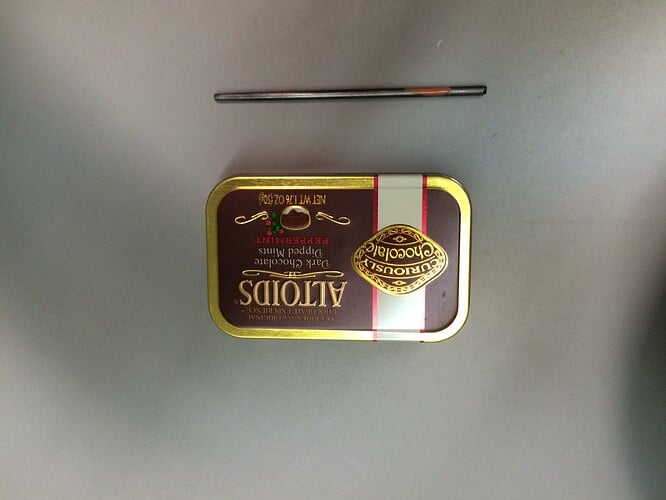 If it’s not hollow, just make one out of W-1 toolsteel rod. Should
take 10-20 minutes. A hollow one is a bit harder.

I’ve got instructions on my website about how to make chasing
punches out of W-1 here:

You can pick up the W-1 Rod here:
http://www.ganoksin.com/gnkurl/ep820k

MSC used to stock square drill rod, which is what I normally use,
but looks like they’ve dropped it. Round will work in a pinch.

(I prefer square because it lets me feel the orientation without
spending any time looking at the punch.) If you feel like googling
for it, you’re looking for W1 drill rod in 1/4" square. Drill rod is
a generic term these days, so it is possible to have square drill
rod.

(Silver steel for the Brits.)

As far as buying one, I’m not sure. I’d bet there are diamond
punches in a lot of the generic chasing punch sets that are
available. Take a look at the pictures, and see if any of them look
like what you’d need.

I don’t think I’ve bought a chasing punch in 25 years or more. I
just keep a coffee can full of blanks around, and make whatever I
need as I need it. Takes less time than googling.

(and as the pile of ‘done’ ones builds up, I need to make fewer and
fewer of them. Win-Win.)

To me, it looks like a chasing stamp. You could probably make one
from tool steel.

kind of hard to tell what you have going on with the pic that I
could pull up. Maybe a better pic will help.

Thank you to those of you who took the time to respond to my
inquiry. Sorryabout the photo quality - it looked fine on my phone!?
The tool is hollow at the tip. What you get when stamping is a line
the shape of an elongated diamond. I’m going to be taking a chasing
tool making class, so I’ll see ifit’s something I can do, or plan B
will be to have it custom made. Thanks again for your help. Sheila

A hollow diamond a pain in the tail, but too much more of one. You
just have to make two punches.

Looks like the link for my handout got a bit munged the last time
around.

Easier way to find it is to go here:
http://www.ganoksin.com/gnkurl/ep820p

That’s an archive of a bunch of my student handouts. Click on the
chasing punches one, and away you go.

So step 1 is to make a diamond shaped punch that’s pointed. Looks
sort of like the point of a nail, or a four sided pyramid.

Harden and temper it per the PDF.

Lock it point up in a vise.

Then take a blank chasing punch, heat the very end red hot, and
place it on the point of the pointed punch. (hang onto it with vise
grips) Make sure it’s centered, then smack the end of the second
(hot) punch with a hammer.

The idea is to drive a diamond shaped depression into the center of
the hot punch.

Once you’re happy with the size of the diamond shaped hole, stick
the hot punch onto your pumice pan, and bury it in more pumice.
That’ll let it cool slowly.

Steel is bass-ackward of all the jewelry metals: to anneal it, you
cool it slowly.

Once it’s cool, (hour or so) take a file and file the outside of the
formerly hot punch. The idea being to make a diamond shape that
echoes the profile of the diamond shaped hole you punched into it.

Leave the side walls as thick as you like for whatever design you’re
after. Once you’re happy with the profile, harden and temper it as
per the PDF.

To recap, the idea is to make a positive punch that is used to punch
a negative shape into the actual final punch, then file the outside
edges of the punch to echo the profile of the punched hole.

(Of course, you don’t have to echo the punch-hole…) You can
also do profiled male (first stage) punches.

Once upon a time, when dirt was young, and rocks were soft, I did a
lot of armor work. Had a fancy rose shaped punch that I used to
finish off the copper rivets holding the straps on. Did that by
making a steel ‘rose’ punch in positive, then used that to punch a
rose shaped depression into what became my finishing punch. Two step
punches like that are really handy things to be able to do. Don’t
take much time to make, and pay off for years in terms of making
your stuff look fancier than other people’s. For very little effort.