Hi Dale, caught the tail end of your orchid post regarding your left
elbow, and can relate. However, for the past almost a year I’ve been
wearing a Q-Ray bracelet, and the lateral epichondalitis (same thing,
fancier words) in my right elbow has been reduced to hardly anything.
I know it sounds like an infomercial, but I’m not selling them, so I
have nothing to gain with this plug. I blow glass, as well as make
jewelry, and use my right arm for lifting and swinging the blowpipe,
so it really does get a good workout, and used to throb almost all
the time. I put the Q-Ray bracelet on and of course expected instant
relief! Which didn’t happen, it took almost 3 months to stop being
sore, but it is fine now. People have said, “It’s all in your head!”,
but so what if it is? I don’t care! It doesn’t hurt! Just google in
Q-Ray, and you can find an 800# retailer, I paid $99. inc. shipping
for mine. Worth a try, cheaper than steroid injections ( which I
also had, but the pain came back). My 2 cents.

Hello All: I just picked up a little on the tendonitis thread. I had
an orthopedic MD say that is what I had and wanted me to be
immoblized for two months, yah right. So I went to a
chiropractor/kiniesiologist(sp). within three weeks had it mostly
cleared up most of the problem that was in the thoracic outlet area
not my elbow or hand. We, who do repetitive, tight movement are
plagued with these kinds of chronic problems. Never heard of the
Q-Ray band, have heard of using magnetic patched on the areas
afflicted. I have worked with these problems for the last two+
decades.The main thing for me has been to change my posture at work,
frequent breaks, some special exercises for preventing and undoing
carpul(sp) tunnel problems, regular exercise, massages, and when all
else fails, my chiropractor when it flares up because I have done
something dumb.

MD’s seem to have a very limited view of how to help, I spoke with
one (forced to retire) jeweler who had gone so far as to have
surgery and now can barely hold a fork to feed himself due to the
nerve damage the surgery caused. There are some very good physical
therapy programs for those who suffer repetitive movement damage
/problems that have helped people regain their mobility and ability
to continue to do their passion. One of these is at University of
California/San Francisco Medical Center and teaches workshops to
train “us” how to take care of our bodies in a way that is
non-invasive and productive. They also have a video that
demonstrates the exercises so one can stay on track.

So tat is my twelve cents worth.

Cynthia, occasional lurker and John Dach’s other half

What is in a Q-Ray bracelet that relieves pain? Just curious.

Hi Baker, I’ve got a problem with both my elbows, the left worse than
the right, since I took up glass beadmaking. Some days it’ll stop me
working at all! I’ve never heard of a Q-Ray bracelet, what is it? and
where do you get it? I haven’t been to the doctor yet, seeing a
Physio soon, anything that helps would be great! Thanks in advance.
Maggie Bergman

I had a similar problem a few years ago. I have been a diamond
setter for 31 years and my elbow was so sore I could not raise beads
for pave’. After seeing a few doctors, one told me it was my wrist
not my elbow and taped my wrist with first aid tape. He said it
should help, and it did. He said that all the years I worked in a
twisting and pushing motion the

I had a similar problem a few years ago. I have been a diamond
setter over 30 years and my elbows were so sore I could not raise
beads for pave’ or hold the setting block. After seeing a few doctors,
one told me it was my wrist not my elbow and taped my wrist with first
aid tape. He said it should help, and it did. He said that in all
the years I worked with my elbows and wrists in a twisting and
pushing, holding motion the muscle band around the tendons around
the wrists were not strong anymore. The tape worked great, but with
a retail store it did not look right. I made myself a cuff bracelet,
first out of silver then another of gold. The gold one is of flat
wire 1.5mm x 8mm the silver is 2 mm x 10mm, bent around an oval
mandrel. Made to fit very tight around the wrist, so that when you
remove it you can see the marks on the skin. I wear the one on the
left wrist 24 hours a day and the one on my right wrist when I need
to pave’ a large number of diamonds. For me this seem to solve the
problem, as I have very little pain in either elbow now.

I had a very bad case of tendonitis years ago caused by enameling
large and heavy plates. The constant in and out of the kiln with a
couple of pounds of trivet, screen and enameled item on the end of a
two foot long fork took its toll on my elbow. I had cortisone
injections which helped for a bit but was no cure. It got so bad
that it interfered with my tennis, I dropped things and it hurt to
shift gears driving! I went through a series of exercises every day
to build up the muscle in the arm. Once the musclular support was
there, there was no more problem. I still do exercises to keep up
strength in the upper arm area and around the elbow and haven’t had
a problem there again. Donna in VA

Anyone suffering from tendonitis: the only sure cure I’ve heard of
and experienced is strength training. I’m not kidding. It may
sound ridiculous, but the very best way to solve the abrasive
tendency of tendons constricting due to repetitive motion, is to
stretch them back out. I recommend to all metalsmiths everywhere
that you mount a hanging bar in your studios. It doesn’t take much
either, when you feel the strain, hang from the bar for only a
couple of minutes.

A friend of mine who has been running a production shop for many
years has been using this technique from day one and has never had a
single incident of carpal tunnel or tendonitis. I’ve used this
technique for a long time, and only suffer slight aching when I am
neglectful.

As a buddy of mine once said, "This art stuff is fun and all, but we
need to survive it to really appreciate it.

FROM THE KING OF PAIN: I have had a broken wrist, left… a broken
right hand… third and fourth metacarpals, elbow damage…’‘rollar
skating with my son’’’ he pulled me down, a triple surgery on my
right shoulder and various other tendon injuries just trying to
compensate! I have tendonitis and carpal tunnel in both hands …
when I finally could not take it anymore, I went to a ‘‘specialist’‘
ha ha… and he built a hand brace… it works for other things but
no way jewelry!.. the ‘’‘doctor’’’ ha ha released me to go to
work without even seeing the brace… what a laugh! the best way i
have found to fight this pain is to use a mix of aspirin and
capsasian creme, what worked the best to give relief was to spend a
week dredging gold in the frigid glacier fed waters of Washington
State. the cold help my hands to feel good for years after… be very
careful of getting involved with painkillers as they are a vicious
cycle… God Bless… John Henry

Fish oil amongst other nutrients are very important in joint health
refer to http://www.mercola.com http://www.westonaprice.org
http://www.lef.org for myriads of
health info, dp

Cool! Orthopedic jewelry! There’s probably a market out there for
various splints and braces of decorative materials, for those who
have to wear them but want to dress up sometimes.

Cool! Orthopedic jewelry! There’s probably a market out there for
various splints and braces of decorative materials, for those who
have to wear them but want to dress up sometimes.

I thought the same Tas, You might be in pain, but at least you can
afford some good treatments, like massages in Hawai or Tahiti?

There are two great books on how to help yourself if you have
tendonitis and other musculoskeletal problems. They are : The Trigger Point Therapy Workbook

I am a medical professional who also makes jewelry. I have had
multiple bouts with tendonitis - left wrist and both achilles
(chronic x 5 yrs but now nearly resolved ). I have been able to
achieve nearly 90% improvement by using the I learned
from these books along with aromatherapy, and a new medical modality
called Sonocar, which is low intensity shock wave treatments (high
intensity shock wave is used for breaking up kidney stones). The
Sonocar gave me 50% improvement and the other modalities gave me the
rest. Hope this helps. 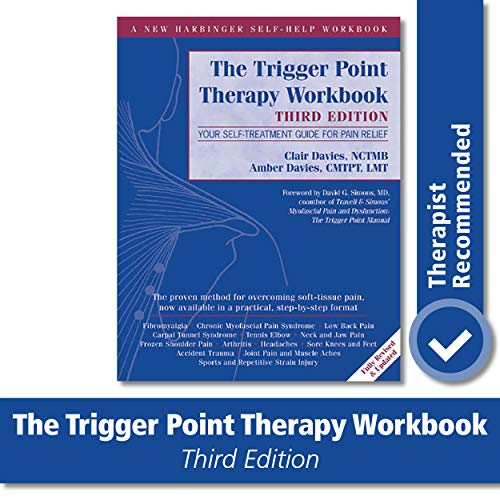 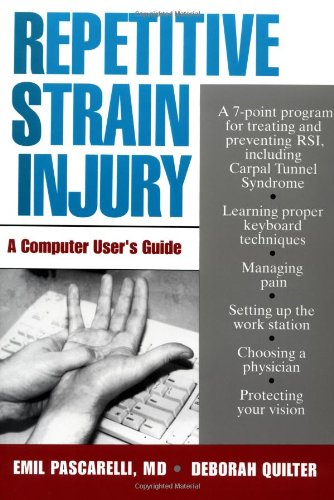 Thanks Deborah, and everyone else for all your suggestions. Went to
see the physio yesterday, I’m getting a brace for the left wrist with
a splint inside to keep my wrist at the right angle. It seems the
Glass Beadmaking was the main culprit. I do the same movements
sometimes for 5-6 hours on end, I’ll have to set an alarm to stop and
do some streches every half hour. Deborah, who does Sonocar, is that
an alternative therapy? Or GP? I’ll have a look for the books,
everything seems to be going ‘to the dogs’ so that’ll be a good
investment! Thanks again everyone.

Hi Deborah, I’ve ordered those books from Amazon. They were very
cheap. They’ll also help with the crook back, sore
shoulders…anyway you get the picture! Thanks for those
recommendations. Cheers from OZ Maggie

It’s not alternative medicine -it’s mainstream medicine
(reimbursable by insurance but expensive) that is new in the U.S.
It’s so new that very few places offer it. For example in Baltimore,
Maryland only one facility offers it and that is at Union Memorial
Hospital, which specializes in sports medicine. I would suggest that
you call a large sports medicine facility near you and ask if it is
available or if they know where it might be offered. Failing that,
call Union Memorial Hospital in Baltimore, Maryland. The radiology
department in the office of Lew Schon, MD does the treatments and
they might be able to tell you who else is doing it. If that doesn’t
work, ask them what company manufactures the machine, and call the
company - they should know who is doing it. I am not 100% certain
about the spelling. It might be Sonucar.