I promised everyone a show report, so here it is. I hope there is
some in here you might find useful.

I don’t do many shows at all and this is my first time showing my
metalsmithing work, as I have only been doing it in my spare time
now for about a year.

I agreed to do the show because I got a small discount on the booth
space and I work for the company who sponsored the show. It was very
last-minute and I had two weeks to prepare. I know I have a lot of
work to do on my booth setup, but it looks better than is has at
previous shows.

I’ve done this show in the past, and have made enough to cover costs
and then some. It’s a little bit of a gamble and I knew that going
in. This year was the pits… the show was great, but the crowds were
lackluster. Nobody was buying anything and as my booth helpers
noted, they weren’t really looking at the prices, either. The event
is a women’s expo and a 1-day show. This year’s keynote speaker was
Paige Davis, formerly of ‘Trading Spaces’. I only sold enough to
cover half my booth cost. We are in an area where the economy is
doing fairly well with lots of new construction, so it’s anyone’s
guess as to why people weren’t in a spending mood.

For my metalsmithing, I work with only silver, fabricating and am
exploring texturing techniques, hammering and punching, mainly. I’m
fascinated with the look that incorporates different surfaces &
looks next to each other, like a ring having a highly textured
surface and antiquing outside and a matte-sanded finish inside with a
highly-polished rim. Hopefully it looks better than the technical
explanation of it

Most of my work incorporates cabochon stones and I’m currently doing
a line of hand-hammered link jewelry.

Even though the show wasn’t a success, I learned a lot about myself
and even had a couple of ah-ha! moments.

And lastly, the best thing to come out of the show, was that a friend
of a friend who were both helping me with my booth runs the gift
store for the Columbia (SC) Museum of Art. She took some of my
pieces on consignment after the show. Woo-hoo!! I’m officially an
official artist. (grin) It’s the first gallery I’ve been shown in and
was one of my goals this year. Wish me luck!

We didn’t manage to get a web site up and running, but thank you to
all the people who helped me with backgrounds. That’s the next major
project.

And also thanks to everyone who suggested places to find tumbler O
rings and just the support in general! What would I do without you
guys?!?

Here’s some pictures from the show: 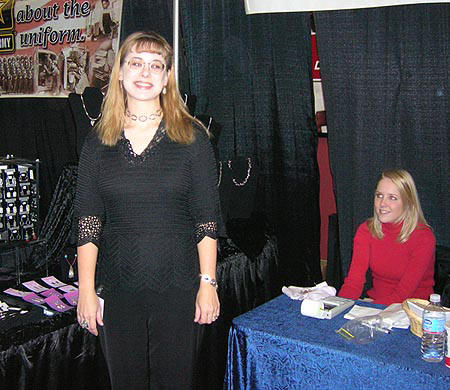 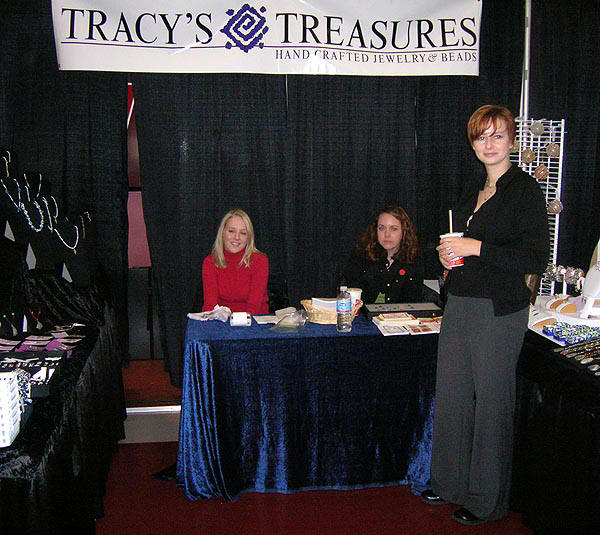 My loyal booth helpers before the doors open. 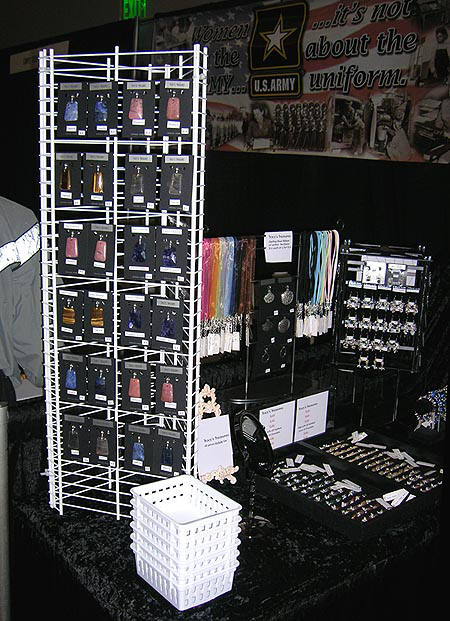 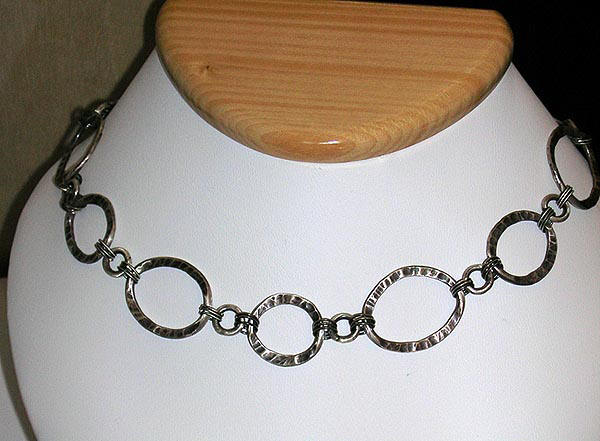 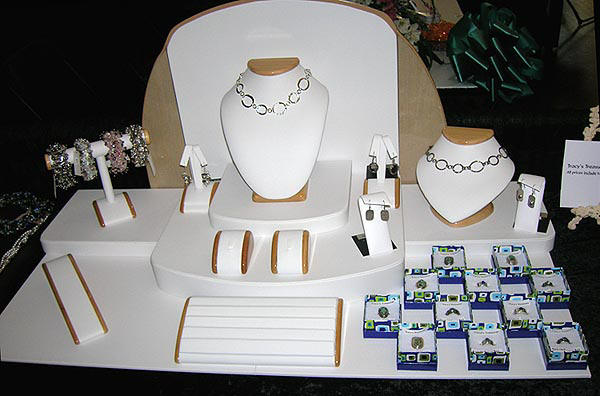 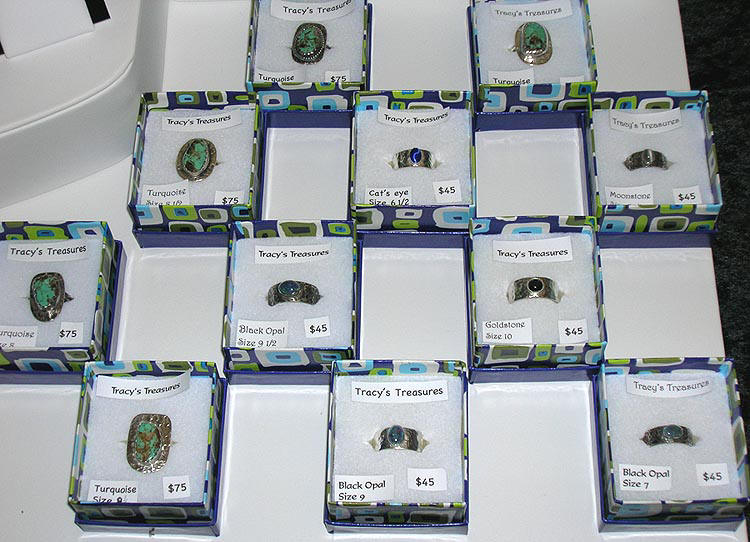 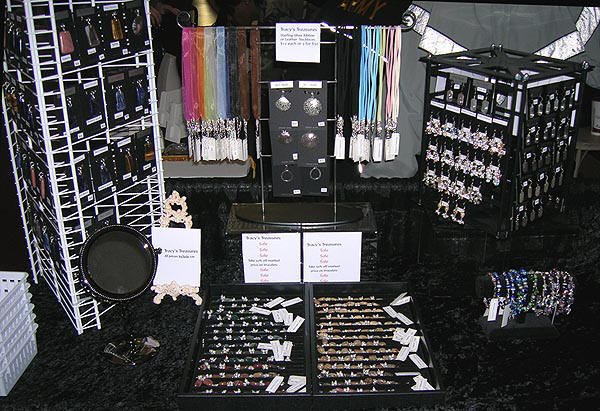 All my best,
Tracy
Tracy’s Treasures

Thank you for sharing!!! Great pics! What are tumbler o rings? I
must have missed something here

Thanks for the reply.

An O ring secures the lid to the body on the Thumbler tumbler model
I have. I noticed mine had a nick and needed to find one fast so I
could have a replacement on hand should it have broken. Several
people pointed me in the right direction on how to find them. Orchid
rocks!