Having started with project design, the architecture adventure continued with preparing airport and harbour projects and controls. Shaped throughout her architecture career the reflections of her inner world appeared as jewelry lines starting from the year 2002. Tracing Anatolian cultures, she started modelling “jewelry designs” which have been distilled over thousand years of Anatolian civilization ; she carried their depth and tecnical subtleties into the details of her work. In her jewelery designs. She menaged to perform a long established yet miraculous synergy between semi-precious stones and silver. Her jewelery designs have been awarded by being exhibited at the DSIM 4th Handycrafts & Gifts Fair. She has exhibited her jewelleries at the Ankara Chamber of Architecs, Bilkent University, Contemporary Arts Centre, METU amlik Sitesi Gallery and Turco-British Association. Many private collectors possess her jewelery desgns. The artists creates de signs using silver and she gives life to jewelleries,inspired by Anatolian culture and history as well as architecture,and succeeds in going beyond the limits of ceramics and jewellery. In the year of 2010 Atelyemegaron which is a jewelry and ceramics sculpture workshop has founded by the artist. The artist also has been classified as an elite designer by Ministry of Culture & Tourism. 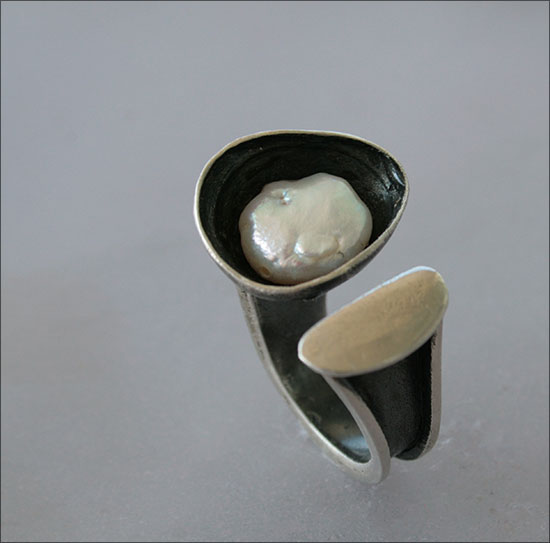