There is a very interesting article about Siberia’s Scythian masters
of gold in the June 2003 issue of National Geographics magazine.
There are several photographs of the jewelry created by the
Scythians 2700 years ago. One photo shows two different designs of
boars formed in gold. The amazing thing is that the two designs are
reproduced at least fifty times each. They are exact reproductions.
The pieces, found in a burial site in Siberia, once adorned a
quiver.

Today we would order wax, investment, gold and mold making material
from a jewelry supplier. We would carve an original and make a
mold. We would put the reproduction waxes in a stainless steel
flask and pour purchased investment around them then place them into
an electric burn out oven. We would melt the gold either
electrically of with gas and pour the metal into the mold. HOW DID
THEY DO THAT 2700 YEARS AGO? Were the boars made by hammering gold
into a mold carved into stone? Shaping raw gold into that many
exact pieces would be impossible to do without some reproduction
method.

The lost wax technique is amazingly old. It the design is simple
enough, clay molds are an ancient production technique. There have
been clay molds found that were made up in layers to produce dozens
of copies of a given design in a single pour (13th century mind
you). And realize that this work was done with open crucibles in a
charcoal firepot or furnace, excited by bellows or a wind draft
design.

The modern standards of production are such that a lot of the effort
and energy goes into trying to produce a finished casting that
requires minimal finishing once removed from the sprue. From my
personal study of medieval metalwork, they were simply willing to
put a bit more labor into the job.

Lee - You can find some of the answers in a wonderful book which
came out in 1979: Scythian Art: Crafts of the Early Eurasion Nomads

by Georges Charriere. While it is short on technical detail this
book does provide a good description of not only how much Scythian
art was created, but also why, and fits it into a broad cultural
context.

Hi Lee, its simple really, the intricacy of some of todays jewelry
could not be done back then. Examples are cuttlebone casting, sand
casting and stone(soapstone/other) casting. A simple google search
may reveal too much to convey in a posting.

Interesting article on the same subject in the current National
Geographic.

Hi Jon, You are correct about a google search. There are 854 pages
of listings for Scythian art. Most of the articles describe what
the art was but not how it was made.

The gold boars shown in National Geographics are as good as we could
make them today. They look exactly alike which means the artists
had to have a way to reproduce them or be very precise and patient
and hand make each one. Thanks Lee Epperson

Hi Ron and Orchidians: Yes, lost wax is an old technique, and
evidence of it’s use is found in ancient sites all over the globe. I
have slide examples of Roman pottery that were mass produced in the
3rd century, A.D… It would follow that if one were to use molds to
make multiples of clay objects, it would be a short conjecture to
apply that to making wax models. Perhaps molds were carved in soft
stone, or chased in metal, and wax was either rammed or poured into
them for multiples. Certainly, coinage involved dies, both stone
and metal, so there is an example of multiples. I’m afraid my
history of craft is spotty, but one of my favorite volumes is an
overview called “The History of Craft” by Edward Lucy-Smith. His
son, Paul Smith, also wrote an enticing treatise on the aesthetics of
craft called “Poetry of the Physical”. Art history courses focus so
entirely on the history of painting, sculpture, and architecture yet
have done little in the area of craft. I even used to be invited by
some university art historians to share my somewhat limited knowledge
of craft history with their classes.

Dave, I had a senior moment. Your words reminded me that I started
making jewelry when I was searching for a way to mass produce the
embossed copper p ictures I was making. Thin copper is formed from
the front and back to form a picture. Plaster is poured into the back
of the picture once the design in t he copper is done. The assembly
is then bonded to a masonite packing. The plaster act s to prevent the
copper from being pushed in. A friend suggested making lost wax
castings. I found I could pour hot wax into the back of the copper
and remove it when it cooled. I made seven buckles with Indian,
Cowboy and Moun tain men portraits. That lead into making jewelry.
Could be that is what the Scythian did to make reproductions. There
is ample evidence of lost wax casting throughout the centuries.
Lee Epperson

Smithsonian Magazine did an atricle about this two or three years
ago. there is a great book call Scythian Gold Publisher: Harry N
Abrams; (November 1999) ISBN: 0810944766

really great and i mean to get it, but there is always something
more pressing. you could fine the article in Smithsonian though and
it has some really good on their works.

The former was typically produced in copper alloy by lost wax
casting and sometime some ‘sharpening up’ with an iron tool. The
design was usually in relief rather than sunk in intaglio, and the
gold sheet was placed over this and pushed down using suitable
pressure (ranging from pressing with small wood points to placing a
block of wax or lead over the gold and thuimping it with a hammer).
For smallish designs a patterned punch was sometimes used to stamp
sheet. The edges were then trimmed with a hammer and small chisel.

There is some description of this and other ancient goldwoking
techniques in ‘Greek Gold: Jewellery of the Classical World

’, by
Dyfri Williams and myself. British Museum Press, London 1994. This
was the catalogue of the Greek Gold show that was also exhibited at
the Metropolitan Museum of Art, New York and which contained a fair
amount of South Russian stuff. It is probably still available via
Amazon etc.

Also be aware there are numerous fakes of this Scythian stuff coming
onto the market - much, it would seem, from Russia. 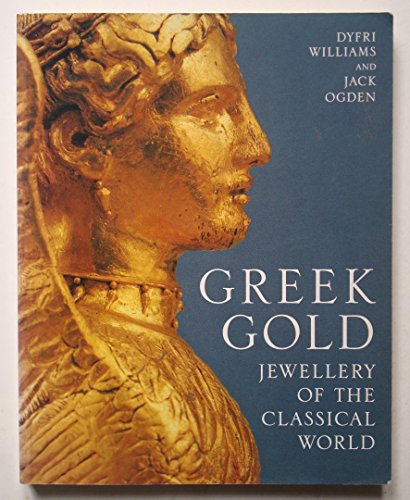 Has Jack Ogden weighed in on the matter of lost wax casting? His
book, Jewellery of the Ancient World, (ISBN 08478 0444 5) (1982) is
great on ancient jewelry and techniques (also, great pictures).

The best book on ancient techniques (IMO) is one with very few
pictures, P. R. S. Moorey, Ancient Mesopotamian Materials and
Industries (1994; reissued by Eisenbrauns in Winona Lake, Indiana).
In ancient Iraq, lost wax casting goes back to at least the 4th
millennium BC (see pp. 269ff.), although the earliest and most
stupendous hoard of copper and copper alloy artifacts done by
lost-wax casting was found in a cave on the shores of the Dead Sea
at Nahal Mishmar, in Israel (p. 257), dating to around 3600 BC.
Hollow castings were done in at least the 3rd millennium BC in
Mesopotamia, and piece-molds are also known.

Regarding an earlier thread on casting pure copper, it was certainly
done in Mesopotamia (ancient Iraq), even large statues.

Casting was also done in molds, especially clay, and sand-casting
was known. Sand-casting may have been the method used by Scythian
jewelers, in which a model is pressed into prepared sand. For
details from Mesopotamia, see M. Muller-Karpe, “Der Guss in der
Verlorenen Sandform in Mesopotamien,” MDOG 122 (1990): 173-192.

As you can see, ancient metalworking is a subject dear to my heart!

There are a couple of more excellent books on the subject of ancient
jewelry. “Jewelry, 7000 years

‘An International History and Illustrated Survey from the Collections
of the British Museum’, and a simple little book from Time-Life
Books, "Noble Metals

Cheers from Don at The Charles Belle Studio in SOFL where simple
elegance IS fine jewelry! @coralnut1. 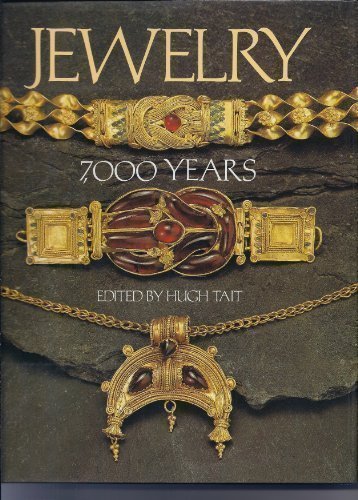 Jewelry, 7000 years: An international history and illustrated survey from the collections of the British Museum 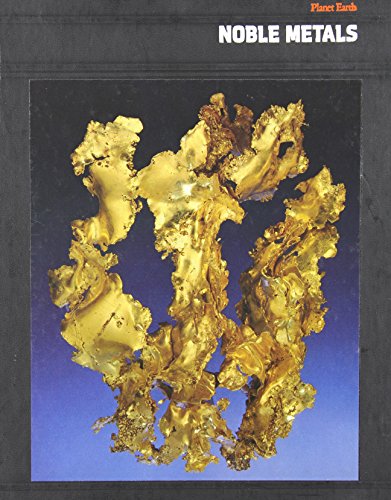 Okay I was not there, but I think that the Scythians, being a rather
nomadic tribe and wearing a lot of their gold on them, I think that
it was not formed over copper dies or raised symbols, but I think
that it would be done on a chasing and repousse method. To transport
a die to do just one plaque would be a waste, but my understanding
was that they were much like the Mongol hordes. So I think that they
did it on the fly and when they could, like the Amish and quilting
(lol).

Many of the Scythian goldsmiths were Greek or Greek in
origin/training and were imported to do goldsmithing, just as German
kings and others imported French goldsmiths in the 1700’s and before,
and others have since, at least as far as I understand. Charles