Saws I Use For Pancake Dies

Howdy folks,
I decided not to hijack Hans’s cool ‘New Saw’ thread , and attempt to make a normal-looking thread with pics and maybe even the video . Okay, forget normal ; it will be pics and words slammed together , but things should pretty much make sense by the end

Starting with the older pics of the manual saw , a modified , old-style (the ones Rio Grande sold years ago , after the original RT Saw, but before the Knew Concepts saws (I’m fairly sure I remember Rio carrying them, then not-carrying them, but I should pay more attention sometimes, or at least remember more and forget less)) Bonny Doon Engineering Saw Guide, I’ll go over some of the main themes of my sawing . Around 1992(?), after a few years of unassisted sawing with my arm, I simply had to find a way to make die sawing easier. Since I hadn’t liked any of the motorized saws I’d tried (scroll saws, Rio’s old, short-lived motor saw, Lee Marshall having not yet invented a motor saw, and me not engineery enough to tackle it myself) I wondered if I could drive the mechanism with leg power. The result was very successful, and I’ve been using the same saw for the last 22-ish years.

The old-style saw guide design has been out of production for so long that many younger readers won’t know what they’re looking at, so, briefly, it’s an apparatus that (originally) clamps to a table top , and has a tilting table , to set the correct angle for sawing dies (variable, depending on steel thickness and sawblade size). The other main element is the vertically-reciprocating carriage that runs inside a track . The carriage has a pair of spring-loaded arms that come out horizontally and hold a jeweler’s saw frame and keep it’s motion reliably perpendicular (to the ground). These main elements should be fairly easy to identify in the first three pics , as the saw had not yet acquired all of it’s clutter-increasing modifications and ancillary bits of structural support. The leg drive is simply a vertical bar connecting the bottom of the carriage to a hinged foot lever; the bar/carriage connection has a tension spring to pull it back up on the upstroke. I (usually) use ski pole handles on my saws to lessen the grip strength I have to use. 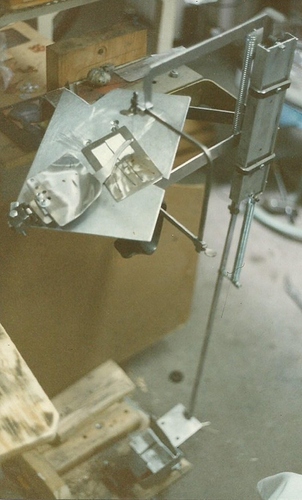 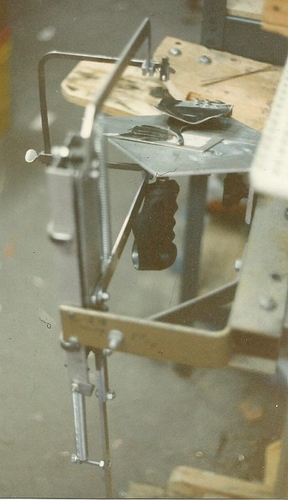 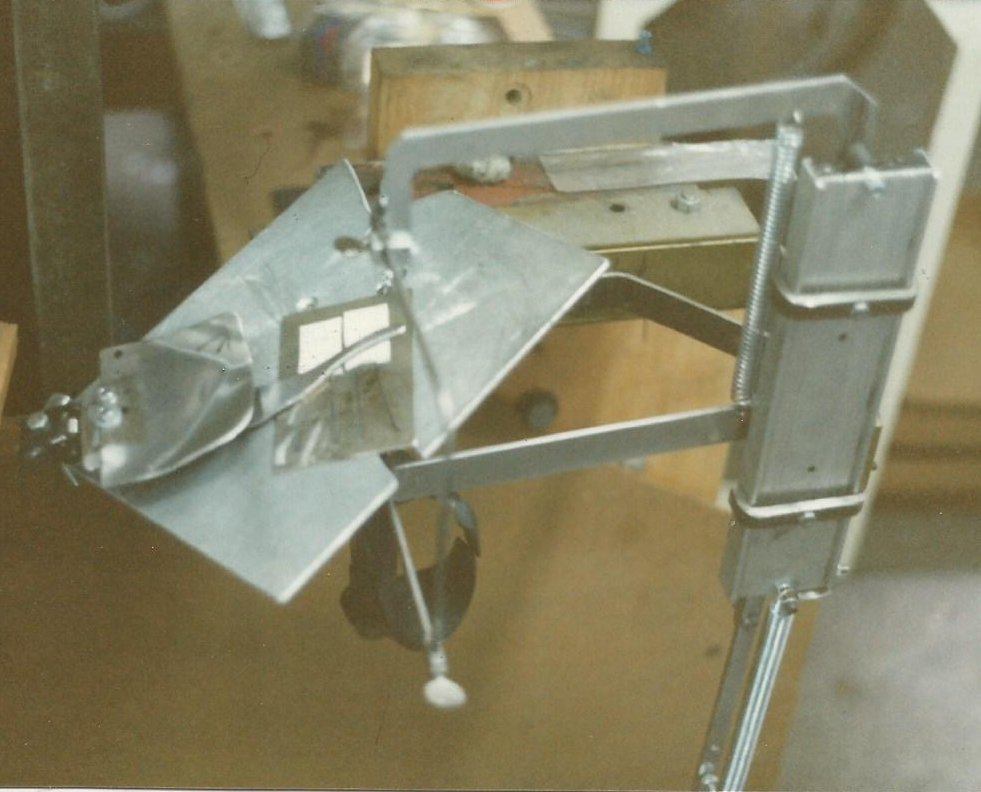 This is probably a good time for anyone intrigued to go have a look at the video; it’s a brief overview of me using both saws. It will help anyone unclear on the concept, or unsure of what they’re seeing in these and subsequent still shots, to quickly grasp the beauty and relative simplicity of these two sawing devices.

I don’t remember the exact timeline, but I bugged Lee every so often about a motorized saw , and some time around the late 1990’s he sent me a big box with a strange beast inside . A saw that consisted of the regular BD saw guide , but which was driven by a gear motor . There is a long and detailed saga of me using this machine, but I will spare you almost all of it. The main reason (as far as I know) that it didn’t go into production was how dangerous it was deemed to be . There was no hold-down mechanism, and even after I put my own on , things were pretty scary around the time every blade snapped. The slight freedom of movement , (frontwards and backwards , of the saw-frame-holding arm pair ) meant that when a blade broke, your forward pressure made the saw lurch forward, endangering hands and/or fingers in the vicinity . Also, the motor starts and stops with a variable-speed foot control pedal (for the DC gear motor) , and the lag between blade break and foot-reaction time meant the motor kept going after the break; plus the motor’s own momentum added to the time it took to stop. Being a direct-linkage mechanism, the full force of the motor is applied to the saw at all times, so when there’s the moving end of a broken blade in the saw it has no mercy towards human flesh. I learned quickly to protect my fingers and keep them the heck out of the way of the blade !

The addition of a hold-down aid for my left hand helped a lot, but the blades would still catch in dies sometimes and rip them from my hand, breaking the blade and spooking me good in the process. This didn’t ever really stop (tweaks to the stroke position and length helped) until very recently when I added the second hold-down aid (the old one is for the left hand to rest on, and the new one comes in from the right side of the table , as seen in the pics and vid) . Now, the blades simply break, without throwing the dies around, even if the blade catches .This second hold-down is only needed on the motor saw.

The motorized Knew Concepts Saw has these trouble issues engineered out for the most part, as far as I know. I have never spent enough time with one to get comfortable using it. It’s the old adage “it aint broke, so I aint fixin’ it”. Plus, I could tell that this prototype saw saws better . That has to do with what I’ve always said about the advantage it is holding a saw frame in your hand and using the (second nature to jeweler’s saw users) pressure cycle (forward pressure on the (down) cutting stroke, release of pressure on the back (up) stroke. It minimizes the time that force is applied to the blade, as opposed to saws that don’t have some sort of apply/release pressure cycle built in. Blades last longer on this saw than on motorized saws where pressure is constant. Perhaps one could learn to apply a pressure cycle involving applying and releasing forward pressure to the die plate , synchronized to the stroke of the saw, but I have never had any interest in re-learning to saw. It took long enough to become proficient with each different incarnation of pancake die saw I’ve used , from the original RT System saw (which I modified right out of the box; it was not a great piece of gear) , to a couple of saws I made myself , before the BD Saw Guides , and the BD saws themselves. Becoming safe on the motor saw did not happen overnight, nor did becoming good at sawing accurately, nor did being able to saw intricately. I still use the manual saw for all my small and/or intricate work , as long as it fits through the saw. The motor saw is big enough to saw die plates of bracelets and larger shapes up to around 5"-6" , and has been indispensable for sawing large and thick dies. Leg power goes far compared to arm power, but motor power kicks butt on leg 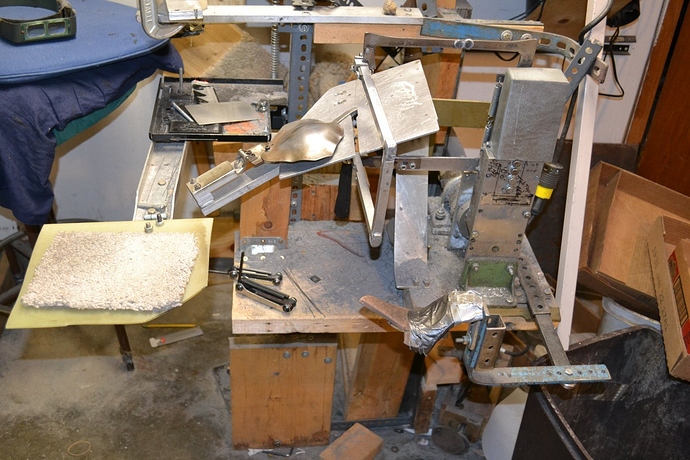 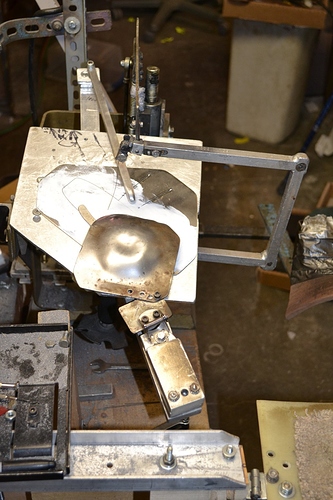 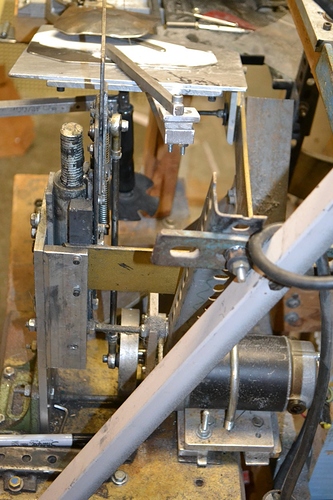 More shots of the manual saw --> 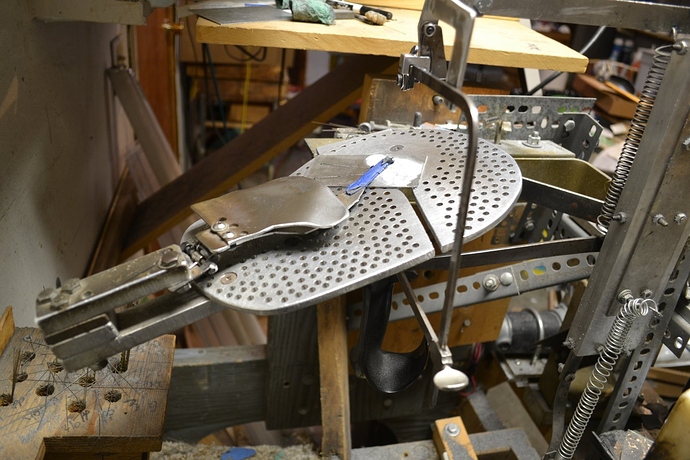 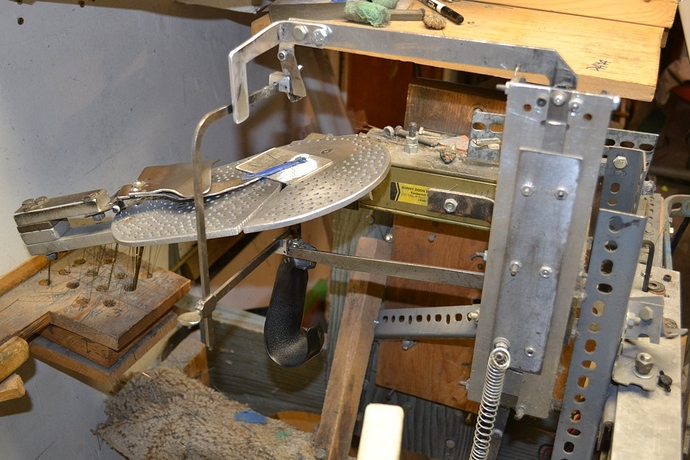 And lastly The Saw Table Complex 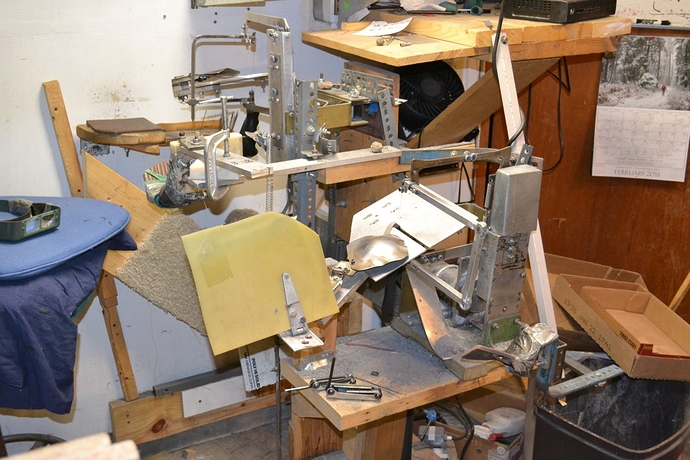 I’ve long thought off and on about getting one of the manual Knew Concepts saws and setting it up with a leg drive, but I always default back to “it aint broke (etc.)”, and how I don’t want to go to the trouble of modifying another saw and squeezing in another saw station . I liked them a lot the couple times I tried , briefly, and are the way to go for manual die sawing , since the old BD saw guides are no longer made.

Glad to see the power saw is still rolling along. Lee used to joke about the ‘monster’ sawframe he built for that thing.
Lee didn’t forget you, and I won’t either. Remember that conversation about die saws we had a couple of years ago? I still do.
I’m not going to promise a definite date yet, because there are bigger plans in the works first, but your old die saw may end up with grandchildren before it wears out again. When you see the marquetry saw for the woodworkers, start paying attention.

Thanks Dar,
I imagined something like this, but no way as amazing.
a mastery of improvisation, especially as your sawing carbon steel.

That is amazing.
If I did not see the video I would have been lost.
As you say, it does take time to get comfortable with a new machine.
Thank you very much for such a great post-- an amazing machine.

Hi,
Yeah, sawing tool steel is a real bear. I guess I’m used to it , and the lifestyle of physical therapy it takes to keep doing this year after year

That is amazing.
If I did not see the video I would have been lost.
As you say, it does take time to get comfortable with a new machine.
Thank you very much for such a great post-- an amazing machine.

Hi,
I know, huh ? the still shots are almost impossible to decipher, so , since I had some extra time, I plowed ahead and made the video . Now, the stuff I’ve been yapping about can actually make sense to people . What a concept . Getting a DSLR camera a couple years ago transported me right into the late 20th Century . Now, the prospect of educational material about real pancake dies is materializing . It’s really the only “bucket list” thing I have , to speak of. But that’s another story .
DS

Glad to see the power saw is still rolling along. Lee used to joke about the ‘monster’ sawframe he built for that thing.
Lee didn’t forget you, and I won’t either. Remember that conversation about die saws we had a couple of years ago? I still do.
I’m not going to promise a definite date yet, because there are bigger plans in the works first, but your old die saw may end up with grandchildren before it wears out again. When you see the marquetry saw for the woodworkers, start paying attention. 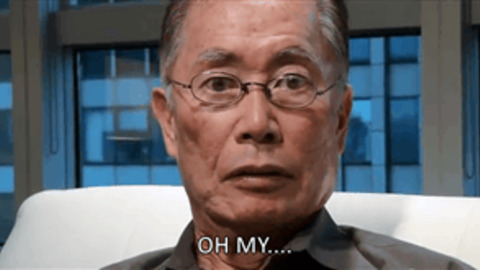 Hi Brian,
That IS intriguing ! I do remember our communications about sawing angles and such.
You have my attention !
DS