I decided to combine three discussions that we have been having
recently by casting some silver scrap into an ingot, rolling it out,
reticulating it (I think), and then SS shot burnishing it. Attached
is a picture. 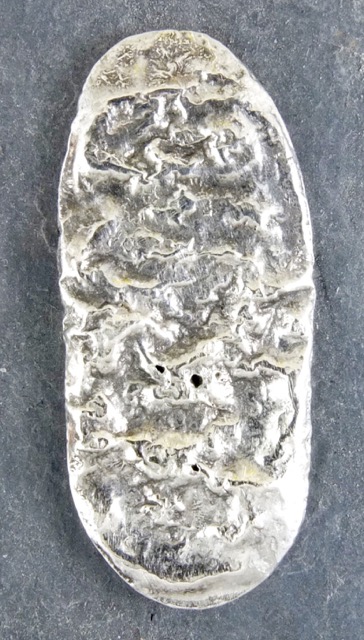 The ingot cast and released easily from my new steel ingot mold. I
reticulated per the Orchid discussion and some directions that I
found in the archives. I adjusted the amount of water and burnishing
compound that I was using with my SS shot and the results are
interesting. Casting was not a problem and I think that the steel
ingot mold will be a great addition to my shop. The reticulation went
as described, but the texture is less wavy that I would have liked. I
used sterling because that is what I had and the texture was a result
of torch manipulation. Other alloys may behave differently. I am most
happy with the SS shot tumble finish. By adjusting the level of water
and amount of burnishing compound, I was able to get a good finish. I
realize that the surface is not what I typically will polish, so that
ultimately remains to be seen. Thanks for all the good advice and I
hope that I can reciprocate for someone else sometime. Aren’t
holidays fun! Beside it is too hot to do any work that I have to do
outside. Rob

Hi all here is a pic of sterling reticualtion 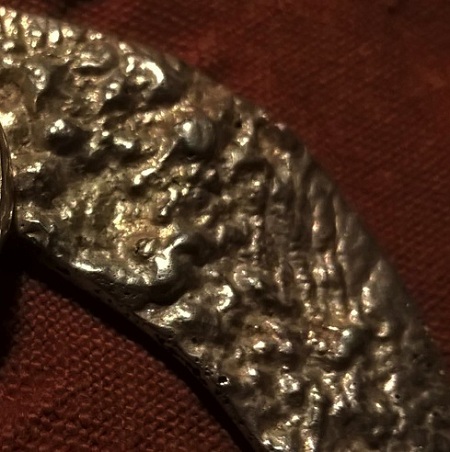