Just as a sunflower rotates its head to track the sun, so does a crinoid move about its stalk as it lifts its feeding arms. Many dissimilar organisms exhibit remarkably similar mechanisms, and even the most unique creature may seem a familiar relative on common ground.

This ring has a ball and socket joint, allowing the top portion to rotate and move at an angle.

The study of organisms transcends temporal, cultural, and academic boundaries. My exploration in metalwork and enameling illustrates species through imagery and forms that represent understated facets of biodiversity. I also investigate the anthropomorphic associations and biases that we impart on the organisms and processes we observe, acknowledging constraints inherent to different methods of study. A millipede crawling upon your hand gently tickles. You can feel the overall sensation of movement, but not the individual legs. But if you existed on the same scale as this millipede, it would feel quite differently; its legs formidable, with the tips digging as it marches doggedly along. An artist captivated by the intricate venation pattern of a crane fly’s wing, may entirely neglect the utility of that pattern as a functional architecture of water and nutrient transport. A biologist may destroy the crane fly entirely, crushing its wing to isolate its DNA. However dissect ed, manipulated or exaggerated, each organism remains somewhat elusive, continuing to flourish or perish irrespective to the blinds of human perception. My artwork mimics the observational efforts of scientific pursuit while humoring a quiet rebuttal of species as tangible themes for isolated academic study. 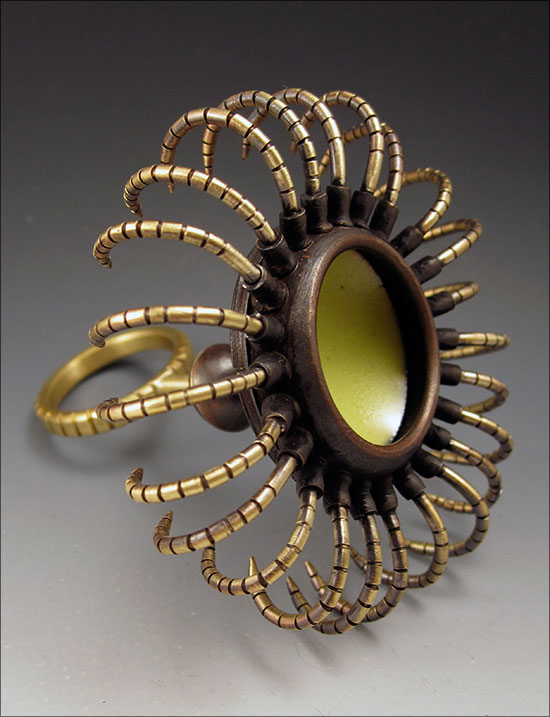