I had in excess of 1/2 kilo (502.50 grams) of silver to melt & then refine this for future casting. I, (with the permission of the owner) took a few photographs just to show you and those who don’t get a chance to observe this very ‘delicate’ melting process in person.

For privacy reasons , I didn’t want to show where this refining occurred. I’ve been in his office many times and he allowed me only then to take a few photographs to be seen around the world, via my ‘blog’!

If I was a new customer, he wouldn’t allow any photographs! As we both said," this is a very private office " . I mentioned to him with the following statement… “All of these photographs are to be seen and read by thousands of new jewellers around the world”. He agreed with me and he smiled, then continued on with his delicate " temperature-sensitive melting"!

From that point on , I just kept so very quiet as he is now concentrating on his melting for me. Imagine just how many readers actually see this ‘first-hand’…’ now you know the rest of the story’!

In this photograph are my many rings & pendants ready to be weighed prior to the ‘melting process’. I have 45.0 grams in used-gold (14 Karat) and this .925 silver batch and each was kept very separate at all times! 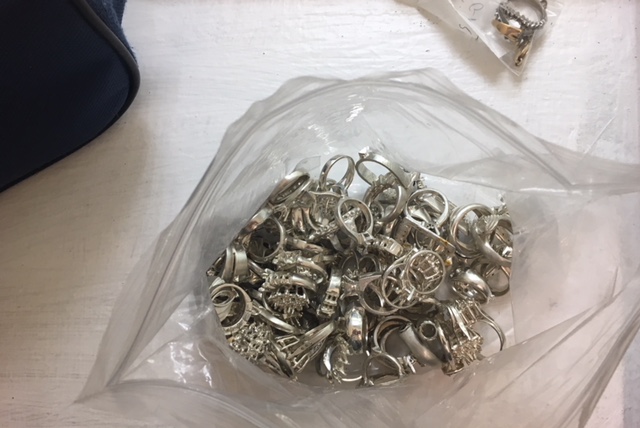 Here is the real ‘up-close’ image showing all kinds of used items! Many of the items were ‘casting defects’ & not permitted to be seen in any of my demo-rings. 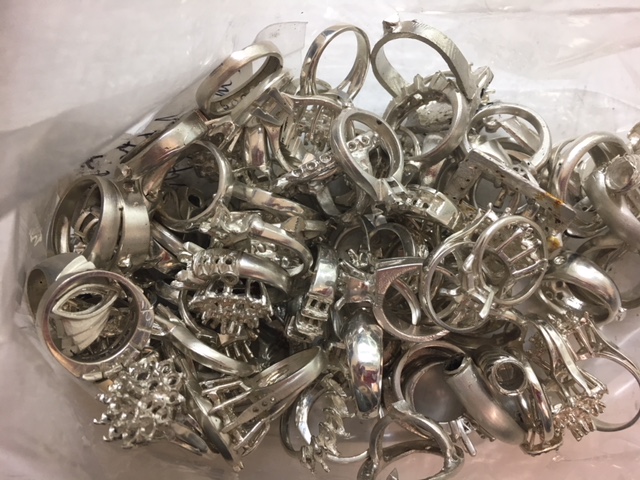 The first of many ‘shots’ for my photographic gallery shows the smoke rising from the HOT oven and the vent to remove the smoke from overhead. 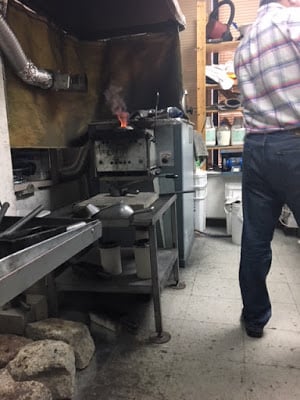 This ‘silver-melting’ only took about 10 minutes and was carefully watched at all times during this ‘brief’ melting process. 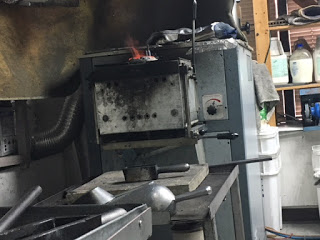 The owner was adding more flux to aid in the complete melting of all of the silver items. Everything must be stirred & stirred again, thoroughly! 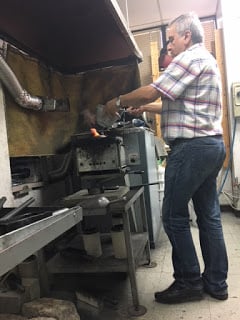 After the short 'melt time’ , he collected more of my gold items & weighed the melted the gold that I gave him. Nothing was mixed in together! This was a 2-part melting process. 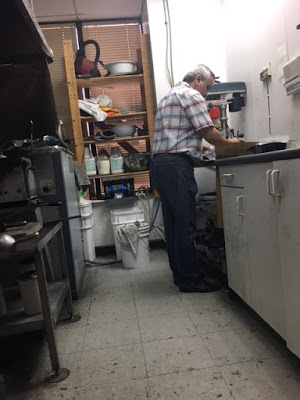 In this second melt, he had to ensure that all of the granules were accounted for after the two ‘melts’. None of ‘us’ were talking as he was dealing with $$'s 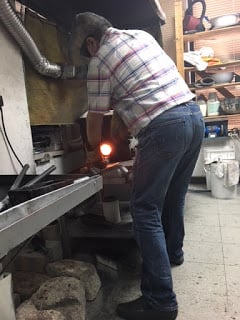 With his Pyrex mixing-rod , the owner was stirring the remaining slag that was collecting at the bottom of the crucible. He wanted literally everything to be melted and then weighed. His calculations must be ‘spot-on’ & no time for any sort of ‘melting errors’. 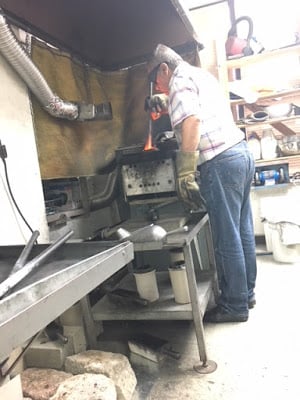 In this photograph, you can see he was tilting the crucible on its side . He had to examine if all of the silver (or gold) is properly melting. This is so important!!!

Sometimes he would delay this final process and put more flux into the hot crucible for further melting! He was wearing strongly tinted eyeglasses as not to burn his Retina while examining the ‘bright and red-hot melt’.

Even at a distance, I had to turn my eyes away for a few seconds …too bright for my eyes at 10 feet away!!! 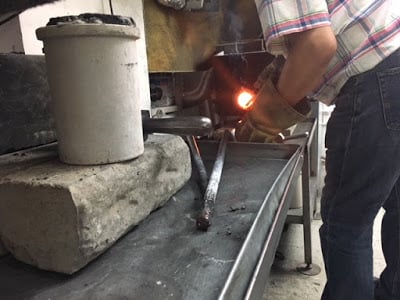 VOILA! The two ‘meltings’ are now finished! He quickly put the silver bar into the basin of water just to quench the heat! 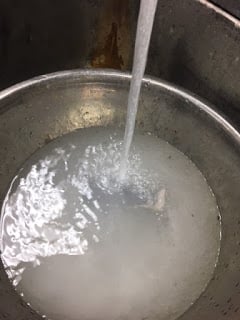 The refiner is now knocking off the ‘collected’ flux from the bar. He is using a hammer just for this sole purpose! 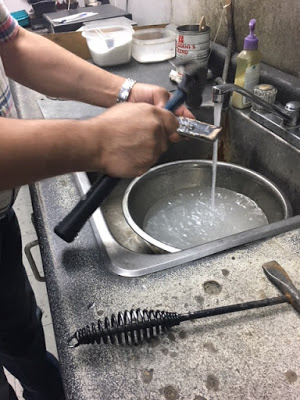 Here is the final bar of silver in all of its glory…:>) He will take this bar to his Bench-Grinder to ‘open a window’ into the bar just to gain surface-access for the metal assesment…(seen in the last photograph)! 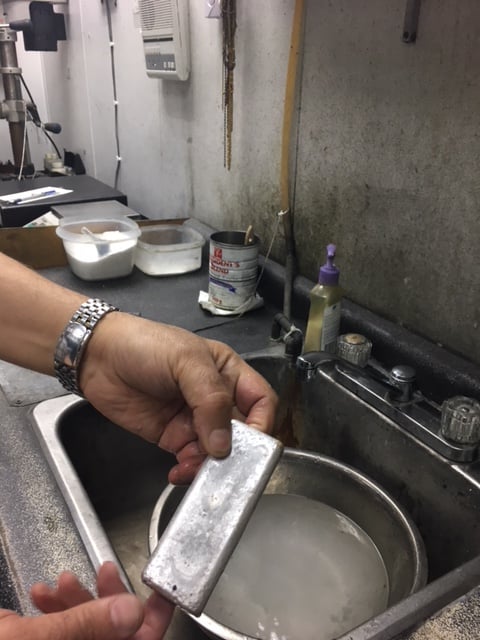 In the final assessment of the silver, you can see the actual metal content being displayed in exact detail. I gave him (estimated) .925 and his computer program calculation gave me back exactly .9243 silver.

There is even a discrepancy of .022% but with silver that is almost a non-issue! 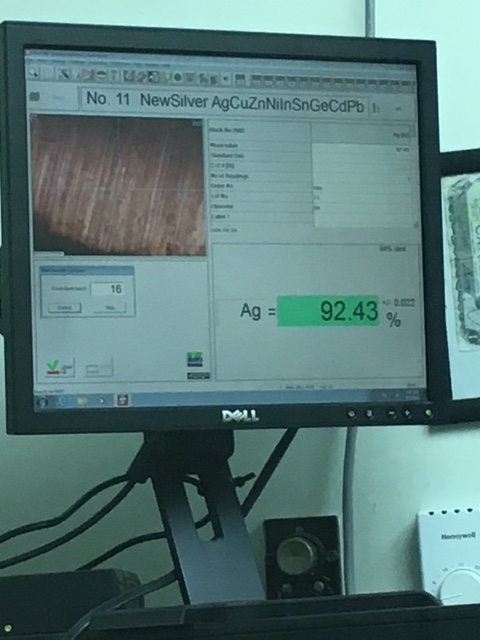 In Canada and I’m sure also in the USA we must divulge to the government any melting above the “$10,000.00 limit”. The government is very serious in the collection of revenue that is due to them… 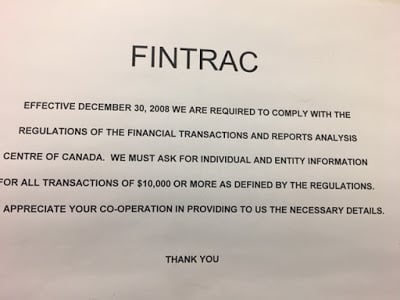