Prepping for a show gets the creativity flowing

So I’m getting ready for a show that’s this coming weekend, and I
always find it interesting that right before a show, I suddenly have
800 ideas that I just HAVE to make for the show, which is of course
usually only days away at that point. I’m sure I’m not the only one,
right? I’m sure others of you out there have experienced the same
thing, that rush of creativity that comes with getting ready for the
opportunity to sell your wares, putting them out there for the world
to see, saying, “this is what I have to offer you, this is an
extension of myself, and I’ve worked very hard to create the most
interesting collection you can find anywhere”, or something like
that.

As I’m sitting here waiting for a piece I just made, a
polymer clay inlaid silver pendant, to fully bake, I know know that
since I have to pack up to leave for this show in just a few days,
and there’s plenty of other less exciting prep work to do, this
really should be the last piece I do, but there are “just a couple
more little ones” that I will probably try to do. I was thinking
then, too, how this is rather an interesting phenomenon, and I
wonder what other opinions of it are. Thoughts? Comments? Interesting
"last minute rush of creativity" stories? Just thought I’d put it out
there & see what we learn.

Not to be mean, but you know, you’ve got to do all this boring
stuff, pack for a show, ack, so suddenly there’s something more fun
to do. Same thing happens to me every time I try to fold a basket of
laundry.

But if that’s a good creative time, cool, go with it.

Sigh. Yep, I’m one of those too! I’m not sure it’s that extra boost
of creativity, but more the horror of all I haven’t finished in time
for the show deadline! One more piece means that much more possible
money in sales. (My husband, reading over my shoulder as I write
reminds me that “stress” stimulates many things, including
creativity!) A seminar several years ago made me painfully aware of
a personality trait of mine, and it shows up in many aspects of my
life. I have unrealistic time expectations. I think I can accomplish
more in a given time period than is realistic. It doesn’t matter
whether it’s trying to finish “x” number of pieces before a show,
house cleaning, running errands before an appointment, I’m trying to
finish too much in too little time. Avoidance? Maybe sometimes. But
sometimes I’m still working full tilt, and just can’t get it all
done! And I WANT to get it all done! Right now is a good example,
working between 30-40 hours a week on a temporary part time job
(opportunity fell into my lap and I need a new kiln!) and I’m doing a
farmer’s market in the posh part of town on Wed afternoons and
selling at a ski resort concert series on Saturday night. This is my
life from now through the end of September. In between, I need to
find time for family, making product to replace what I’m selling at
shows, and trying to finish house numbers (that will be mortared in
with the brick on their new house) as a gift for my daughter and
son-in-law. Do what you can, try to plan realistically, and maybe do
some of that admin stuff right when you return from a show, rather
than right before it. Good luck, and embrace some of those
eccentricities. I’m not sure I’d BE an artist without mine! (That’s
my story and I’m sticking to it!) 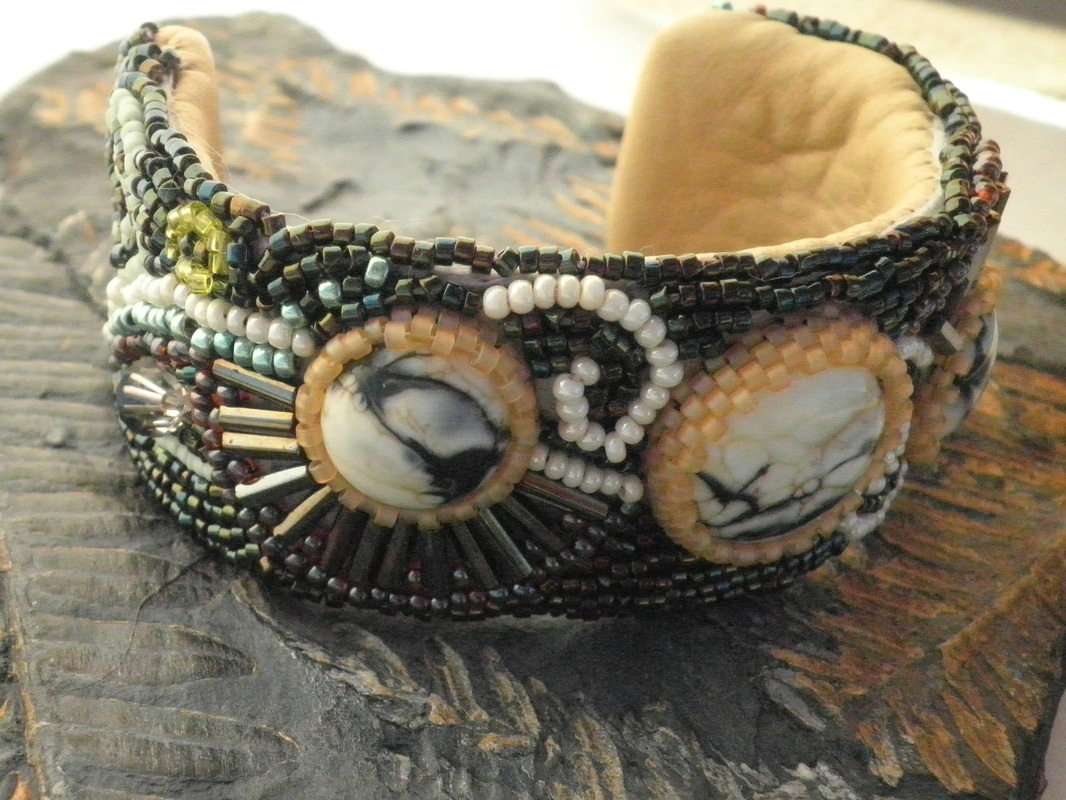 Not just before the show, but at the show. I’ve learned to keep a
notebook handy at shows, because talking with customers and seeing
them try on my pieces gives me ideas, and I can quickly sketch and
describe them to remember when I’m back at the studio.

Hi Lisa. I do this all the time, but then I force myself to
remember: The customers don’t know what you don’t have. That great
half-finished piece on your bench can wait for the next show. Letting
go can also make those pre-show hours less stressful.

Thanks for your replies, it’s interesting to see other people’s
views on the subject.

Kerry, thanks for your reply, it made me chuckle. I think we’re very
similar. I suppose I also try to do too much in too short a period
of time. And YES, that one more piece might be the ONE that special
customer wants to buy! It’s hard when you do things all
one-of-a-kind. What’s to say THAT one isn’t the one that would be
just perfect for customer X that walks in your booth that weekend?
Same idea when I try to decide what to pull out of a gallery for the
show. There was a bracelet, as it turns out, that I sold at my show
this past weekend, that I had been wondering if I should take out of
the gallery. Well, good thing I did, of course. But what about the
ones I didn’t? Would they have perhaps sold, too, if only I’d brought
them?

Allan, yes I know they won’t know what they don’t have to choose
from. But I will!!

One thing that helped was knowing that I have
another show in just a few weeks, and another one a few weeks after
that, and another after that. What I didn’t get done for this show,
I’ll work on for the next!

Someone suggested, too, that it might be “mudane work avoidance”.
Well, although I’d like to think it’s not, there could just be some
truth in that, too. Making jewelry is MUCH more fun than packing
stuff up into a car that will barely hold it (there wasn’t a spare
inch to be found in my poor little station wagon, including on the
roof!), especially when it’s super hot & humid. Well, I suppose
that’s all relative, but it was pretty yucky for central PA.

So now that show is done, I’m back at my computer, catching up on my
Orchid reading. The show went OK, although financially not super.
Good experience anyway, and I hope to be there again next year. So,
now I’ll “calmly” get ready for the next show, and I’m sure the few
days before it, I’ll find myself frantically trying to get those few
new ideas finished in time! lol