Just wondering what soap you like to use to wash polishing compound from your hands?
Mark

liquid lava soap. I found it in a pump bottle and love it. If i run out I use any soap and a small manicure hand brush.

I agree…I use lava bar soap and a nail brush…I have a hard time finding it locally…so when I see it, I stock up.

Rub on some hand cream or Crisco before you polish and it won’t matter much what soap you use.

We use the abrasive orange scented hand cleaner that comes in the giant
pump container. We get ours at Home Depot.
Between that and a good nail brush we can get most of it all off. That
said, my hands look like they belong to someone 30 years older than I am.
I guess I had better not plan on a career as a hand model:-)
-Jo Haemer

I prefer pure-castile soap - peppermint / hemp liquid. Compounds just melt away from a piece or your hands. It’s wonderful. Eileen 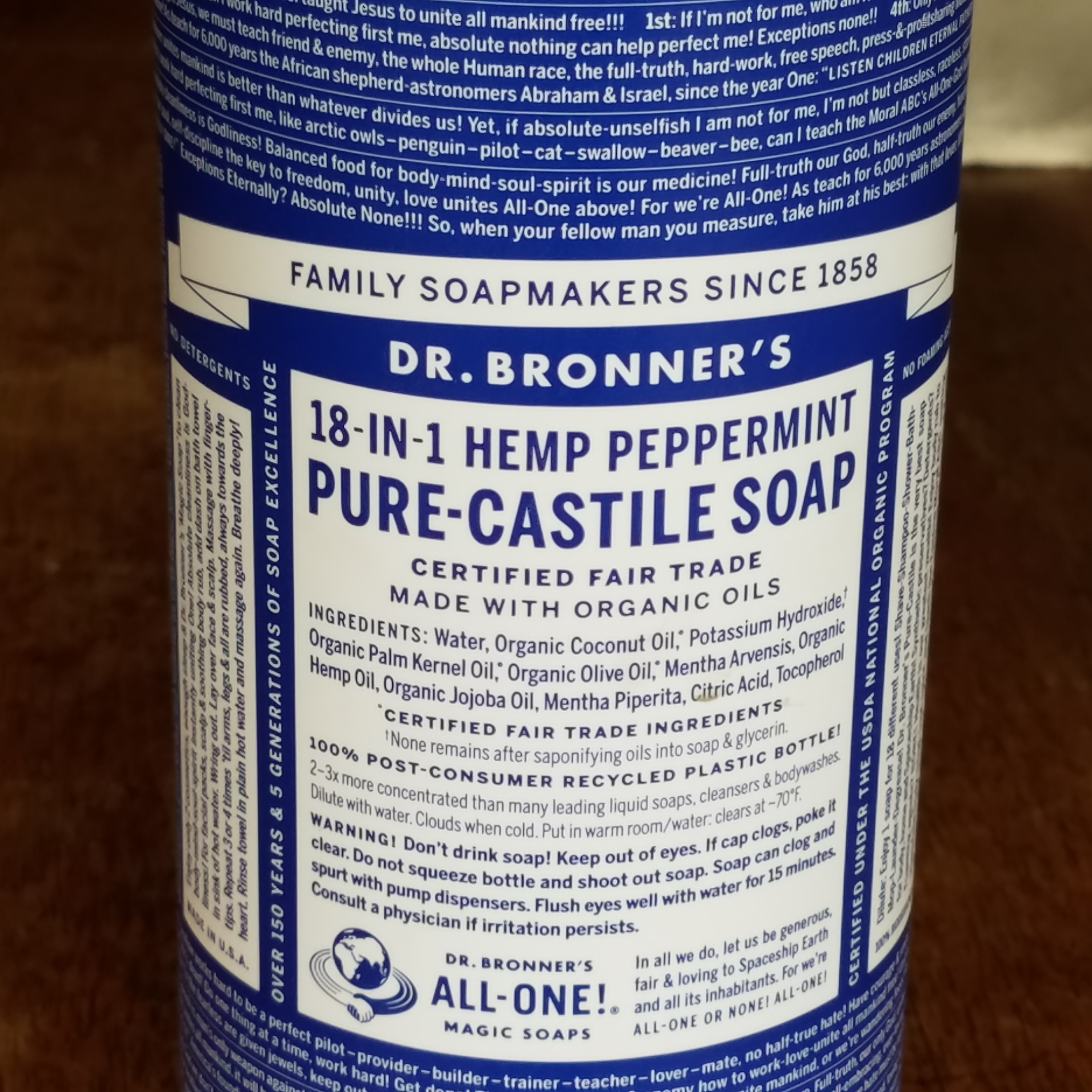 Dawn with a soft scrub brush always works for me.

My “go to” is Dawn dish liquid with a dollop of 20 mule team borax
powder. It works on the dye stains I get from working with leather, as
well.

I think I’ve tried about everything here and can say that this Stuller product easily wins. It’s very gentle so no dry cracking fingers.

I used to use Dr. Bronner’s but found it to be too alkaline, and if allowed to dry on the piece it would stain.

Last year I switched to Better Life’s Unscented Dish Soap (http://bit.ly/2m2uYee) diluted in a hot crock pot. Give it a try – it’s 100% plant-based.

Oy, I didn’t quite read that post correctly – my bad!

Well, I use the same Better Life Dish Soap for my hands. I sometimes use it in conjunction with this 3M sponge: http://bit.ly/2lG5q6h.

Try the Apricot face scrub it has worked well with us .
Khushroo H.Kotwal

Thanks Jeffrey,
I rinse my pieces with deionized water afterwards…and thoroughly rinse my hands as well. My hands have evolved into what Jo had described. They are, of course, the absolutely best tools.
But YOU ARE THE MAN! for all things silver. Thanks for the info.
Eileen

As I’ve mentioned in the past, all metalsmiths have an open invitation to visit my workshop. An SAS member was over this morning for just over ½ hour. Next time you’re in Rhode Island, give me a jingle.

I’ve found that Savon de Marseilles is absolutely the best. This is a French olive oil soap whose ingredients are (supposedly) governed by French law. Perhaps they were in the time of Louis XIV. I’ll bet they didn’t have coconut oil for foaming action at the court of the Sun King. The combination of olive oil and coconut oil in the current commercial product seems to just suck all the grit and grime out of my hands. I do a lot of stainless steel buffing, so my hands get pretty dirty. Don’t confuse Savon de Marseilles with Aleppo Soap. This is pure olive oil soap and not very good soap at that, as the quality of most Middle Eastern olive oil is pretty inferior. It’s the combination of olive oil and coconut oil that seems to do the trick. BTW, don’t use French olive oil for cooking. It’s decidedly inferior. Use only Spanish or Italian (preferably Sicilian) olive oil.

Dawn in a pump, just need a tiny amount and a small brush from a auto shop

that is exactly what I use! I was going to post, and there you have it! I ordered a case of the boraxo from the parent corporation, but some groceries will carry it-
S

I am a fan of Dr. Bronners, but it leaves me a little dry. I have had better results with a de greaser liquid soap made by a medical soap/sanitizer company. I have a pump bottle at my handwash sink of this stuff: http://germstar.com/us/eshop/index.php/bottle-products/16oz-degreaser-3.html
Even just their mild soap does the trick if you’d rather have an auto dispenser.