Paint on jewelry beside glass enamel

Hey guys. I was watching an Instagram video from Jacob & co painting one of his luxury watches.

I’ve long been wanting to implement a bit of painting to my jewelry. Colourfull charms etc. 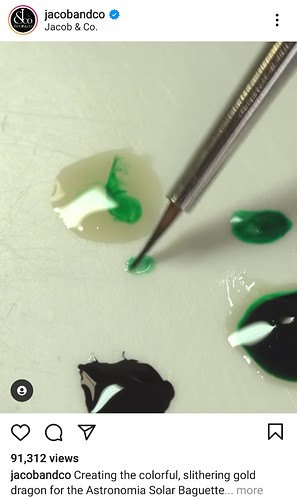 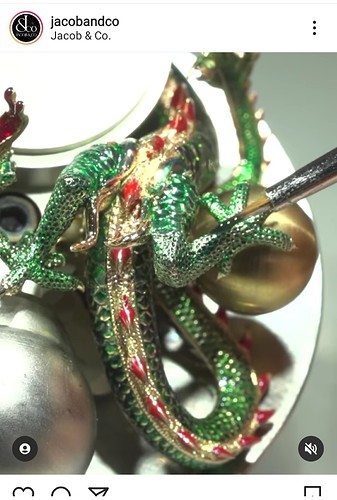 Does anyone know any painting techniques, brands etc that allows this type of painting.

Havde done a bit of glass enamel, but I do think it’s quite hard at times to get the colours nice & even, and if messed up can ruin the piece completely! Also been experiencing bit of cracking, making me a bit uncomfortable doing glass enamel.

Is this done simply with nail polishing? And is painting only recommended for some pieces. This Jacob & co piece will be enclosed in a watch so minimum exposure to wear and tear. Anyone got suggestions and experience in the world of painting jewelry they would share with me? 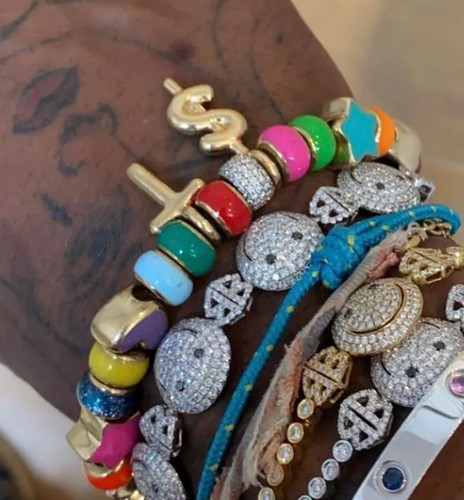 There are a couple of resin enamel products that will work for this.
There’s a UV hardening one, which I’ve not used.
Krohn makes a product called Ceramitation, which I have used. Ceramitation is a two-part resin that cures at low temperature, ~250° F. You can cure it in a toaster oven. Also, if you apply it to a heated surface it will seize immediately and not run, which is handy for convex surfaces.
Here’s a little charm I did a couple of decades ago. (It’s the Archangel Michael slaying the dragon.) The customer took the photo, so it’s pretty fuzzy, but you can seen how the enamel clings to the various surfaces. 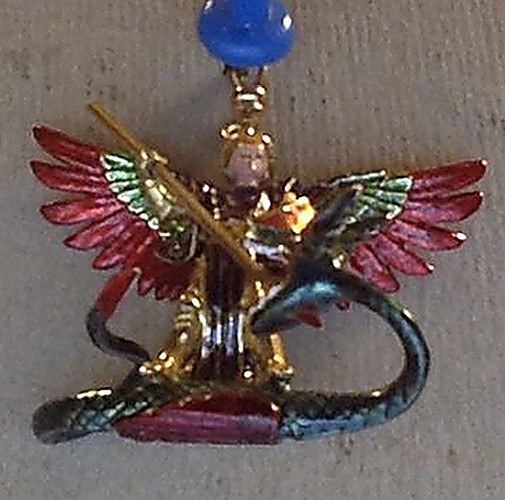 Hey elliot! Do you have any videos online on this? Is this called cold enamel?

I did try it but it was kinda linke plastic! And when I for example tried to flush it in piece. Grind it down and flush with metal surface, it kinda got pretty dirty and I couldn’t really get it to look good again. Are there any way to grind these kind of resins down and bring them back to normal luster again if you know what I mean?

These ones are in powder form is the krohn Ceramitation more like liquid painting?

They do say in another Instagram post that their gold is painted with acrylic paints. This works for these pieces obviously because they’re encased under glass and won’t get direct exposure and wear, but it’s probably not ideal for anything that isn’t otherwise protected.

Alright thank! Dident see that Jacob&co had stated what they used ! And yes i would assume acrylic paints wouldent work in everyday settings when exposed too much!

However then i do often see pieces like theese attatched, and im like what the heckk?? Obviusouly done by some of the most acknowledged “Urban” jewlers in USA, but i really cannot figure out if it’s glass enemal, acrylic paint, cold enamel or what is going on haha! Just very curious here! Amazing the level of details they can get into them! 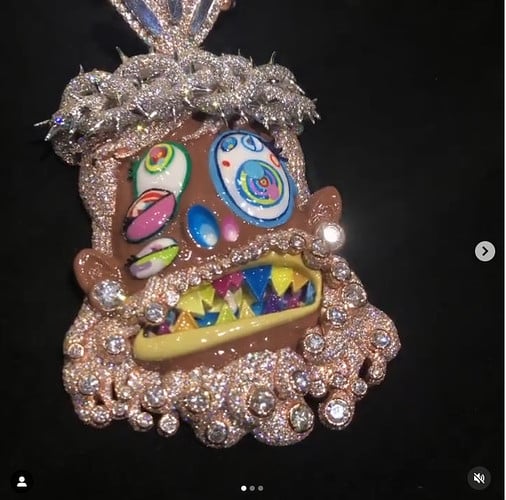 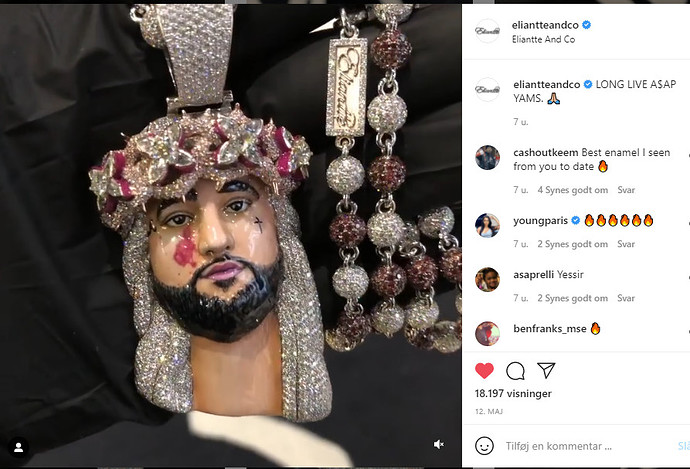 Hi Will,
Krohn’s Ceramitation is a two-part liquid resin. Depending on the proportion of resin to catalyst in your mix it can remain flexible or be nearly as hard as glass. I’ve never needed to grind or buff it, but the ceramitation instruction sheet says it can be stoned and buffed using water soluble compounds and polishes designed for plastic.
Here’s the page on Krohn’s website. Ceramitation - Low Temperature Enamel - Krohn Industries, Inc.

WillS,
I know acrylic paints have already been discussed, but its longevity after exposure has been questioned and I can add to that portion of your discussion. About a million years ago (45 in real-time) when I was a Design major in college, I created a piece for a class final and used acrylic paint on glass to provide me the versatility of creating my own color scheme. In that particular piece, the acrylics were exposed to air, humidity,excessive heat, the usual… although they were not touched constantly nor manhandled in a rough way as that was not part of the function of the piece (like say, the watch you described, which needed its glass cover). Still, for over 30 years they remained in darn near the exact condition they were in when I used them to get myself an ‘A’ on that design final. I know acrylic paints were good (within their limits) at that time and surely they have upgraded them in every possible way by this time.(although I admit sometimes improvements can actually degrade the positive aspects of a product). I did not use any type of sealer or cover over the acrylics, which makes the length of time they endured pretty impressive I think. They could possibly have still been in that same condition today, but the piece was misplaced during a move a few years ago, so I’m only going to vouch for the period of time mentioned.
I think acrylics might give you a fairly good sized palette… with an almost unlimited ability to create color specifics and control how you use color in your work…Look into adding gesso to the acrylics for enhanced durability… well, unless they do that automatically now… it has been a very long time since I’ve done any in-depth work with them! LOL!!
Have fun.
C. Harris