A while back, I saw a post on this list saying that “ocean blue
chalcedony” was dyed. However, at my latest bead show (where I was
both vendor and customer - seems to be the way of every show) I was
told by two different vendors that the “ocean blue chalcedony” was
“natural color.” It sure LOOKS dyed to me, but what do I know? I’ve
seen several rather unreal colors of chalcedony before that were also
represented as natural by my suppliers.

Anyway, if anyone can direct me to an authoritative source of
on the stone I sure would appreciate it. Oh yes, I’d
also love to know of some good sources for beads from the material -
overseas is preferred, as we are direct importers. I just want to
make sure I properly represent the product (no lies coming from here
on purpose.) 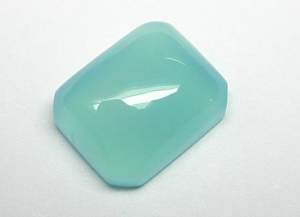 Chalcedony - A Gem for the Ages - Ganoksin Jewelry Making Community

From the beginning, one of the most popular gemstones was chalcedony gem in various forms, like, flint, agate, chert. and jasper. Learn more about it here!

Look up Maxim Magnata out of Tucson. He is a wholesale dealer and a
great source!