Metalsmithing: Traveling with Our Tools and Materials - Interweave 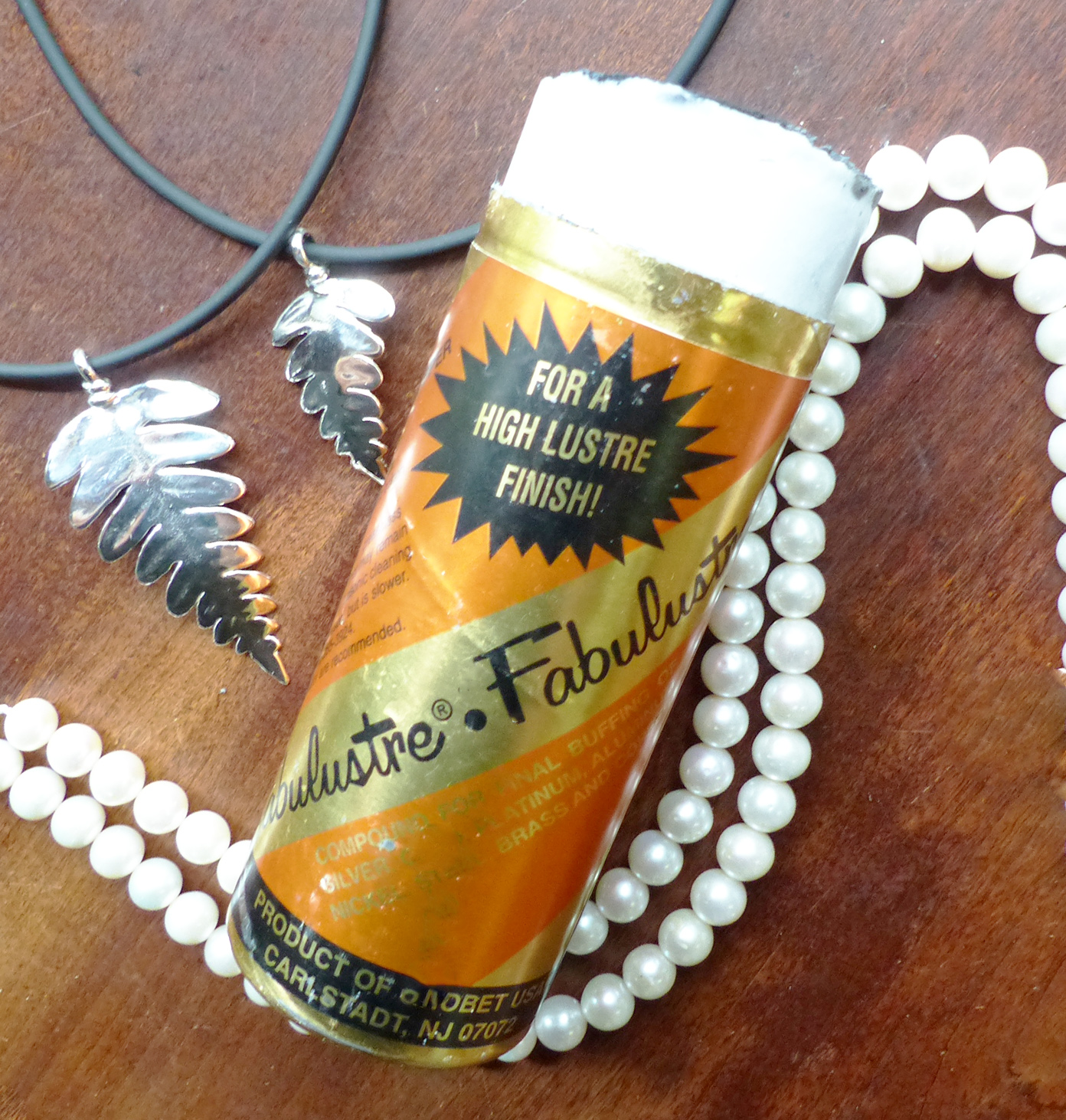 Metalsmithing: Traveling with Our Tools and Materials - Interweave

When we travel and carry our tools and materials with us we have to be aware of TSA guidelines, what our materials test as, and how to help educate TSA.

I think I should caution you that this post was written in a humorous vein.

considering (insert humor here) my husband was stopped by TSA in SFO (San Francisco) b because he forgot to take an ink pen out of his shirt pocket. They made him step about 8 feet away in the busy area. There was a square done with duct tape on the carpet he was to stand in. Then in front of hundreds of people at the airport they made him drop his pants. This is real! So when you mention TSA I refer to the old adage of “The Universe is made up of electrons, neutrons, protons, and morons!” May we all be able to educate and where not possible at least not be caught with our pants down.

I was traveling back home once, and was planning on doing some casting with siblings so I brought some tools. Crucible holder being the one to note here. For those not familiar, this model had a wooden handle, and a metal strip that goes and wraps around the crucible. Got through security, had a layover, got through security AGAIN. Sitting putting on my shoes, didn’t notice the handle had come off. Underneath the handle, the metal tapers to a point, basically looked like I had a small sword sticking out of my backpack. TSA agent noticed around the same time that I did, and walked over to me, they did end up confiscating end, and for $12 I really didn’t care to fight at all. Ended up using BBQ tongs when I got home and it worked out fine.
After that, I was traveling another time, and had a GRS bench mate. Expecting it to show up weird on the x-ray, I was ready. I pulled up the listing on the Rio Grande website ahead of time, and when they pulled my bag aside, I was able to show them exactly what it was and got through no issue.

I’ve often thought someone should set up some sort of shipping business right by the TSA inspection area. Then people could ship the confiscated stuff home rather than losing to the land fill.

I was traveling through either Pittsburgh or Cleveland and had inadvertently left a favorite pair of pliers in my carry on. There was a little shipping store TSA was kind enough to direct me to. They might have even had a sign near security. I was glad not to toss my little pliers!

My opinion of the TSA is perhaps not of the highest. That said, you should see the amount of weird metal shapes that end up in my checked baggage whenever I fly to shows. So I’ve started taking one of our Knew Concepts PR postcards (with the saws on it) and writing a big note in marker that says “TSA–I’m on my way to a show. We sell saws. That’s why all the weird metal.” More than once, I’ve gotten it back with a “thank you” scribbled on it.
I know several other jewelers who do the same sort of thing: leave a note in the checked baggage. It seems to help.

I also know that I actively avoid flying these days.

HI All,
I also put a big note in my checked luggage which usually contains hammers, saws, files, and a flex shaft. I even tell them where I am going.

And when I go thru security, I always have my metal (gold and silver) with me and take it out into its own tray. The person says “oh, you don’t need to do that” and I say “trust me, you will want to see it”. It is always opened and 1/2 the time I tell the person I am a jeweler and they wave me thru. Sometimes I have to explain a little more. I wave the gold and then they get it.

Interesting tho, clearly more dangerous than a box cutter.

Thanks for all the interesting posts,
Esta Jo from Philly

Hi Brian,
Re travelling, are you likely to be in the UK any time? or soon?
As im in the middle of re organising my workshops and thought you might like to see the 1889 Hazelwood and Dent 275 lb drop hammer now up and rebuilt, working really accurately…
Re travelling, generally, if im on the road its to go to a contract project or a major exhibition . this needs a commercial vehicle, as all my tools etc come to 2.5 tons, so were running under the UK 7.5 ton comercial vehicle rules .
Plus a caravan as we call it here? up the back.
Coming through customs off the night ferry from Europe one year, the customs officer wanted to look in the c/van, i asked why?
He replied were looking for little brown people!. Not the least worried by the 100 bottles of grolsh in crates!.
the years project progressing well.
Ted.

I always have a note of explanation taped to the inside lid of my tool suitcase.

The confiscated item at Tampa International, Florida are auctioned off, not thrown away.

I recommend to students that you print out the advertisement for the event you are attending, and a printed inventory of the tools you are taking. If necessary, show what the tool is used for. The inventory list seems to help even in checked luggage.

Funny story, I bought an art deco kitchen rack for hanging pots in Greece. I completely disassembled it to fit in my backpack, then put all the pieces in my checked luggage. I was pulled aside and they had to get a translator who didn’t understand my explanation. I pantomimed putting it together and they nodded I was allowed. Once it was together the translator asked “Don’t they have these in the US?”

Jean and everyone who travels with the tools!
I have another suggestion…send them ahead via FedEx or ?? Do not bring
anything on-board as “carry-on”!! The metal will be picked up and you can
say “bye-bye” to your tools! What’s more important your tools are a few
$$'s for a courier? Better to travel with no problems!

I travel with tools often, these days maybe once a month. I check a 49lb suitcase with tools, demos, etc. All of my samples are in my carry on.
I’ve had several suitcases over the years. All hardshell Goodwill finds. The best were Samsonite and Delsey. I use the latter all the time now.
All have a built-in handle and wheels. You can’t lock suitcases any more but I use two luggage straps to makes sure that it stays closed.
I also have a note to the TSA taped to the inside of the suitcase.
Here’s what it says:
Dear TSA Agent,

These bins contain samples for a class that I teach.

Please be careful when examining the contents and be certain to seal the bins back up.

It is greatly appreciated…

I also use clear bins (Rubbermaid) so that they don’t always have to cut open the duct tape and rifle the contents. This system has worked really well so far (knock on wood).
Shipping is fine, but can be spendy and I have seen more packages damaged and gone missing then bags lost.
I always weigh the suitcase. It insures that I won’t pay more than the standard bag fee and also tells me if I have the right stuff. Too heavy and I included something I usually don’t, and too light I have forgotten something.
I have had relatively few problems over many many years of teaching workshops around the country.

as this isnt technical, ill chip in with a few choice anecdotes about travelling with my tools.
somewhat on a different scale to what has so far been mentioned.
From around 1985 and on into and during the 1990’s I worked several times a year in Europe mainly Holland, Germany and others, minting at events for events like 100th anniversaries or at another using the Quadrega to celebrate the reunification of Germany.

I usually arranged to catch the truck ferry back from Ostende to Dover which docked at around 1130 pm. It was the British customs who couldnt make me out.
for example,

Have you been on a charity run to Roumania?

Can I look inside your caravan? (a trailer to you us folk) sure I said, the whole floor was lined up with crates of beer, no he said, not that, im looking for little brown people!!

Another occasion, whats in your truck? I replied its 2.5 tons of Victorian machinery that I have been demonstrating at Schloss Burg Nr Solingen. Then I said your welcome to unpack it all if you wish. I got out all the photos and showed them around. If they had a moment I show them what I was making and give one away.
always works.They walked away! grinning.

The best was the travel carnet. some 35 pages long, its free and I filled it out. There are 6 border checks from the UK to Germany or Holland, and a repeat on the way back.
The stupidity of the system is your checked to leave the Fatherland as you arrive?
That means if you sell lots of items theres no check on them.

Then the EEC came along and no more border checks on anything.

I was minting at a museum Nr. Kommern S of Koln, I had a die , probably from an agricultural show, a prize pig medal some 25mm dia, 3 pigs grazing in a field with a tiny windmill in the distant background… I was making Sweinegeld, thats translated literally as pig money but it means false money, and the punch line was if you have one of these in your purse its always there.!. anyway in a quiet moment I minted 12 off in sterling and soldered onto the backs the sterling omega’s to make them into buttons. Put them on 2 lovely black display postcards, and sold both sets that day!. One lady said she had been looking for some silver buttons to go on her black cashmere dress coat. Im sure they looked very appropriate.
A gentleman commented that he had a little press as well, would I like to come and see it? Ill collect you, He took me to Otto Fuchs Minershagen and his press was 20,000 tons w pressure, hot forging ali wheels for that little firm? in Stuttgart.
MB.
More on them another time.
Then there was an argument with the management !! another tale thats true.