I just had a quick question to ask. There is a certain bracelet with
these ballends in between the stones. I’m wondering how are these
designed. You can see a picture of this design heRe: 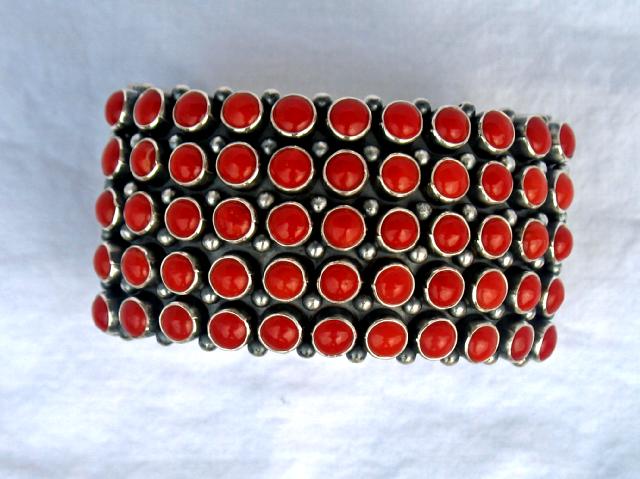 Please take a look and any help would be greatly appreciated. I’ve
looked and i’ve seen silver “beads” with holes but i’m looking for a
way to just make these in wax (i’ll be designing the bracelet in wax
first then soldering on the bezel cups.

A second design question i had was can i simply superglue the metalic
bezel cups to the wax? Would they withstand the heat of the molten
metal (about 1.5-2 ounces worth) coming into contact with them? Any
tips you guys can offer on designing a bracelet like this would be
greatly appreciated:)

Again i just wanted to extend my thanks for this wonderful community.

Ali, the picture you posted is all soldered - done that very piece
many times. The beads are solid, and the bezels probably aren’t
cups, though they could be, I guess. That’s just a nice job, no real
trick to it. If you superglue metal bezels to wax, they shouldn’t
burn, but they won’t stick to the casting either. The metal will
oxidize in burnout - not just the heat but also the burning wax,
they won’t bond to the base in any case, and it will just be a huge
mess. My advise would be to do it properly - cut a length of wire
for the beads until you get it right, and then cut as many as needed
to that length and melt them, and make one bezel, unroll it for the
length and then cut as many of those as needed, and start
soldering…