Does anyone have any idea if gypsum based investment plaster was in
use in dark age Europe? All I come up with is clay molds for casting
and lime plaster on walls.

Gypsum plaster was in use and is reported in “Pirotechnia” (1540).
It is described as used in making transfer molds but I have to
study it more carefully to see if it is ever described as an
investment mold with metal cast in it… Copies of the translation
are available:

I think that gypsum investment is a recent innovation by the dental
industry. New York jewelers began to cast rings using the technology
around 1928.

Clay/dung molds was where it was at!

Many larger pieces are sand cast ( I do NOT know how this is done,
and if someone else can explain it…I would love to read it)

I do know that you can use charcoal or cuttlefish bone for a quick
cast…(this is only good for one maybe two casts if you are lucky.)
But you can get a fair amount of detail with this)

In american ironmaking, many of the casts are wood with an interior
coating of something that would seal the wood against too much heat.

By the 16th century, Cellini was writing about using plaster (gesso)
for investments for cardinal’s seals. Theophilus described using
clay for lost wax casting in the 12th century, and his is considered
the earliest surviving metalworking text.

what about “sand casting”? when was this method used and how long
ago? I remember when I was originally learning my trade way
back…??? decades ago, one of my teachers taught me how to cast
with sand. One ring at a time! tedious? but it taught me how casting
was done many years ago. I even bought from Eisinger, the actual
"sand" process…:>)

Gerry, from north of the 49 parallel

As a medieval historian I too can assure you that plaster aka gesso
was used in metalworking. here is a small list of many resources
involving medieval metallurgy.

Cellini used slaked (dead) plaster with an excess of water with a
glue binder to make Gesso see:

Plaster of paris was made by roasting Gypsum rock - It has to be
carefuly done so the sulfates are not decomposed by excess heat. It
would need to be made and used immediately since storage was more of
a problem than it is now. Even now plaster has a shelf life with
airtight containers. It could have been used as an investment binder
but was probably not used much if at all because it was difficult to
do and clay is easy.

Artist’s Handbook of Materials and Techniques, The : Fourth Edition
By Ralph Mayer 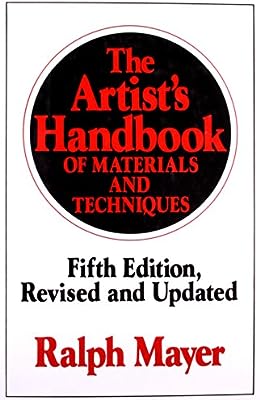 The Artist's Handbook of Materials and Techniques: Fifth Edition, Revised and Updated (Reference)

Gypsum plaster as an investment binder and gesso are not exactly the
same thing. The plaster is calcined calcium sulfate with all the
free and combined water driven off by heating. The powder is
ideally anhydrous. When blended with water the material hydrates
and becomes the hard plaster material. This can be used for the
binder for some investment casting.

This material would not be useable as a ground for painting this way
as the short set up time and the ending solid inflexible result.

Gesso uses the same chemical material but starts with it fully
hydrated mixed into a slurry with a great excess of water. The
slurried powder is then blended with an organic adhesive- an animal
or vegetable glue. Today it would be mixed with PVA. This is Gesso
it will not be suitable as an investment binder for casting any
normal metals other than the indium or bismuth based low melting
point ones. It was used for reinforced design transfer molds into
which wax was poured.

Re Gerald’s question about sand casting:

How did they use fired terracotta as a reuseable mold to cast bronze
in the 18th century?

The use of a 2 or more part mold would cause problems, not the least
being the variations in contraction of the mold parts in firing. As
you sure they were using reusable terracotta molds? If you have a
clear reference to examples, you (or I) could re-post the query on
the Archaeological Metals dist list that covers all this sort of
stuff.

I have no documentation only the word of various museum curators and
dealers in 18th century bronzes. This may give proof that there is
much yet to learn about ancient tecqnique. I am still facinated by
this method. I have many 18th century bronzes and the quality is
extremely crisp, though much of the crispness is due to the finish
chasing.