Hey all, I am trying to make a 2x2" sphere. I am trying to determine
the best method of forming each half-dome out of 18 gauge silver.
What do you suggest: A) Bonny Doon Press B) Dapping Block/Dies C)
Something I never even thought of…

Thanks, you’re so smart!

Are you going to make just one sphere? You can make tooling to
create a hemisphere with a Bonnydoon press but the cost of having it
made will not be trivial.

A dapping set is probably not going to work very well just because
you will not find one with a 3" opening. Your blank for a hemisphere
will be 2.8" in diameter and to dome it up without cutting into the
surface you will want the disk to fit into the opening in the dapping
block. And you will want several steps between the first opening and
the final 2" diameter opening. I haven’t seen a dapping set in this
size just some with one or two holes and punches in that size range.

If you have both a dapping set with a 2" hemisphere and a matching
punch and a Bonnydoon press you can use a combination of contained
polyureathane blocks and the dapping set. I have a sphere I made a
few years ago that is about 1.75" using the press with the contained
blocks and a dapping set

You can raise it, hemispheres are tough but it can be done.

Your best method may be to find a metal spinner and have the
hemispheres spun. I have used Paul Wiley
http://www.paulwileyspinning.com for a project and he does good work.
You can also learn to spin and do it yourself but you will need a
lathe and some time to learn the process

It may not be practical for you, but the best way to make 2
hemispheres of that size or larger would be to spin them on a
lathe…

If you want a good quality sphere then you need to find a metal
spinner. The method called “metal spinning” will give you the
perfect two halves of the sphere that you require. I do my own small
metal spinning, making Easter eggs and such like, but my lathe is not
large enough for large spinnings such as bowls and cups. If you are
interested in this process just google “metal spinner” and you will
find on the techique, it is used in many industries. It
is a process that you must watch, being done by an expert, before you
attempt to do it yourself, I was lucky to have been apprenticed at a
major gold and silversmithing company, back in the 1960s, among many
craftsmen, silver spinners included, and I was keen to learn every
aspect of my trade, so I tried everything, and mastered most, to a
certain level.

Spinning sound like the way to go! If you live in pure fantasy like
me, use the press with a metal sphere? Maybe a pool ball? Have a wood
turner make a set of punches to the right size in hard wood? Make the
sphere with PMC? Buona fortuna!

Hello James, How large is the lathe you spin on? I’m asking because
my lathe is quite small and I’m thinking about building another
Easter egg.

Certainly experiment but pool balls in the press are a very bad idea
they will shatter and throw pieces at high velocity around the shop,
and maybe into you. Only use wrought steel for tooling in the press
even cast some iron can shatter when subjected to the pressure
available in a hydraulic press. Think carefully about how the
tooling is secured and is it really strong enough.

Hi, I Have searched high and low and can not find an answer.

I want to make a 15mm Dia half sphere. How do I calculate what size
of disk to cut to obtain a 15mm outer diameter round half sphere at
different gauges? End result is a 15mm Dia round ball.

Is there an equation? Will it work on all Diameters of half round
spheres of different thicknesses?

Thanks so much for your help.
Richard

There is a chart just for your problem on page 73 of the book
"Doming Silver Beads", Step by Step Instructions for Making Your Own
Silver Beads by Nancy M. Howland 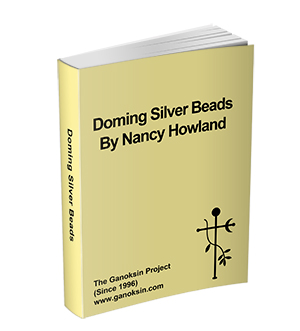 Nancy Howland’s manual on making silver beads, “Doming Silver Beads”, is now available to the members of Orchid and Ganoksin. Nancy passed away in 2009 and the second printing of her book was sold out so her family has decided...

Good book to have!!

This comes from page 204 of Alan Revere’s book professional
goldsmithing.

Which brings up a suggestion I made years ago. My library of jewelry
books and even blacksmithing books give me inspiration and knowledge
when I need to find something. Alan’s book is falling apart because I
use it so much for So my suggestion is to at least once
a year buy a book, give yourself a present you will never regret.

You are absolutely correct. I am so programmed to go to the internet
for info I forget about my books. As soon as I read your post I went
to my books and sure as can be, There it is, exactly what I had
asked.

My book also quoted the Alan Revere book which I do not have. I
think I need to go do some book shopping and put them out in plain
sight so I don’t forget ballot them. 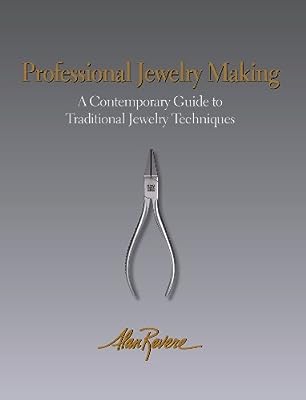 Nancy Howland’s manual on making silver beads, “Doming Silver Beads”, is now available to the members of Orchid and Ganoksin. Nancy passed away in 2009 and the second printing of her book was sold out so her family has decided to make her book...

Thanks all for your help.
Richard

Susan Maxon is right on. That book can be downloaded from
http://www.ganoksin.com/gnkurl/ep80w2 The book is titled “Doming
Silver Beads”.