Any input on licensing agreements would be appreciated. In
particular, I would like to know if any of you has had experience in
this area, successful or otherwise.

Would an attorney be essential or highly recommended or is there some
kind of consultant for this kind of thing so that an attorney would be
needed only in the execution of a contract?

Concerning royalty options, what might be the pros or cons of
choosing a fixed amount per unit sold or a percentage of selling price
vs. including a provision for payment of a specified minimum royalty
regardless of sales volume the licensee actually generates?

How to get accurate monthly or quarterly reports of sales and have
access to licensee’s books for verification?

I think I understand most of the exclusive / non-exclusive issues but
wonder if anyone has made what they thought was a good decision in
this regard and had it come back to haunt them?

I don’t even know what all I should be asking. Can anyone suggest
references for helpful

Thanks in advance, and again, Hanuman, thank you for this outstanding
resource!

Pam Chott Song of the Phoenix

” by Tad
Crawford & Eva Doman Bruck, published by Allworth Press. The book is
accompanied by a CD containing all the forms. 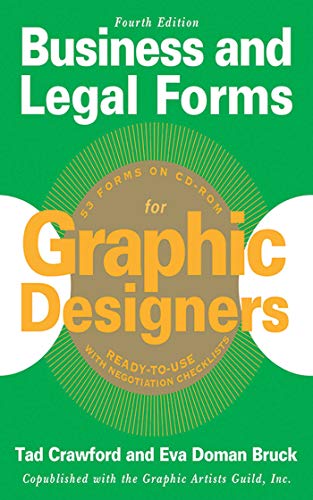 AJM Magazine published an article on licensing in March, 1994
entitled “Is Licensing for You?” by Ginger Dick. I don’t remember the
exact included in the article (it predates my tenure at
the magazine), but perhaps it would help answer your questions,
especially since it relates directly to jewelry making. You can order
a photocopy of the article by going to AJM’s website at
http://www.ajm-magazine.com and searching for the article in the
Article Archives.

If you are an MJSA member, you might also want to give the
association a call at 800-444-MJSA and ask if they have an information
packet on licensing. If they do, it will almost certainly contain the
AJM article plus additional info.

Saw your post on licensing agreements - I was interested to see your
product line you are looking to license. Please e-mail back a site of
your products or call me at 1-732-922-8116 to discuss your venture.
Thanks! Frank Vitale

My wife deals with collecting royalty payments for a major greeting
card company. They put it in their contracts that they can audit
their books from time to time to check for “indiscrpencies”. I
believe they negotiate anywhere from 4-14 % of the GROSS sales of
their designs.

Hi just a quick question have do you find a company to send your
writhing too? For cards ??? Thank You Carleen
cwhitedoves@yhaoo.com

Well, yes, I did have one success with licensing a trademark, and
although this story is outside the Jewelry industry, the concept
applies.

To keep a long story short:

At one time I developed and marketed a computer mouse called
"PalmPoint". Received a US registered trademark on this name.

After a few years I received a call from an attorney, working for a
company called 3-com. Seems that they had tremendous success selling
a product called “PalmPilot” and “Palm” computers. Then, they
figured out that they did not own the name.

A problem for them. They couldn’t very well change the name from
"Palm Pilot" or “Palm computing” to “Bubba’s hand held” or “pocket
clone” or some other name.

Hmmmmmmm. What to do.

They needed the name, obviously (how many millions of those little
computers have been sold by now?). I did not need the name as badly
as they did.

We worked out the financial details, and I sold them the name.

It was a success for all involved; however, if I did not have great
protection beyond any shadow of a doubt (a US registered Trademark is
pretty good), the deal would not have happened.