I just wanted to say how much I love Lava soap for cleaning my hands in the studio…it works really well to remove polishing compounds and oil and grease from my hands…and jewelry parts too!

It can be a bit elusive…i buy a few bars whenever i see it on the store shelves. 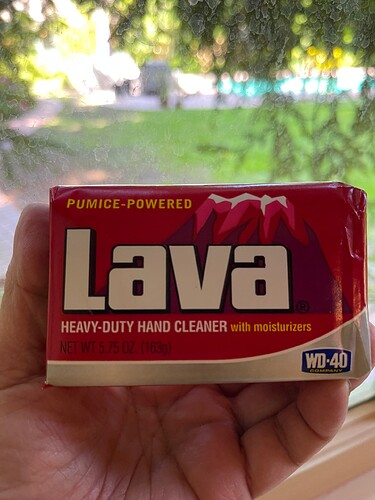 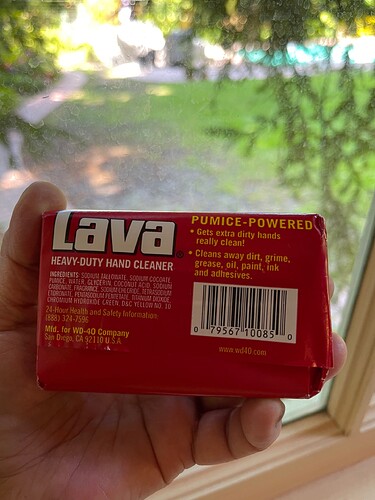 I just learned something new about Lava soap…and why it works so well to leave my hands feeling clean and not oily!

note- it can be drying to your skin

the first ingredient is Sodium Tallowate:

(it has Pumice in it too)

Sodium Tallowate: What to Know About the Unique Soap

Experts explain what sodium tallowate is and weigh in on whether or not you should use it. Read on for their thorough thoughts on the ingredient.

(below are quoted from the above link)

"From a chemistry standpoint, a [true soap has to contain some type of either fat or oil] and most of the things we actually use are detergents, and don’t contain any fat.

But sodium tallowate does, in fact, adhere to the traditional chemical composition of a real soap, and can be used solo as such or incorporated into cleansers."

Sodium tallowate is a combination of tallow—a fat that is derived from the fatty tissue of sheep or cattle—and lye, explains Shrestha. (Lye is also known as sodium hydroxide, and is an essential component in a true soap.)

When the two are mixed via a chemical process known as saponification, you get a true soap. Fun fact: Sodium tallowate is actually considered one of the first soap formulations in human history, Shrestha points out. Its use goes all the way back to ancient Roman times. These days, a quick Google search yields plenty of DIY recipes for making this type of tallow soap, and companies also use it as a base in many large-scale formulations.

Benefits of Sodium Tallowate for Skin

“Sodium tallowate is either used as a soap in and of itself or in cleansers, as a surfactant,” says Shrestha. "Thanks to its molecular structure, it’s able to remove dirt and oils from the skin. It bonds with both water and oil, and is able to break the surface tension that in turn allows dirt and oil to easily be washed off by water molecules.”

Simply put, it’s degreasing the skin, says Rossi. While theoretically this is a good thing, both of the experts we spoke with were quick to caution that this is one instance where you can easily veer into that ‘too much of a good thing’ category.

Side Effects of Sodium Tallowate

Generally speaking, sodium tallowate is a relatively safe ingredient. The Environmental Working Group gives it an ‘A’ rating, noting a low level of concern for things such as allergies (more on that point in a moment) and developmental and reproductive toxicity, as well as environmental impact. However, that certainly doesn’t mean it can’t have negative effects on your skin. In fact, the experts we interviewed were hardly eager to recommend this as an ingredient people should be actively seeking out.

“Sodium tallowate can easily be over-drying for many, especially when it’s mixed with fragrances or dyes,” cautions Rossi.

In the process of doing its de-greasing duties, “it can strip away necessary oils that help hydrate and protect the skin,” adds Shrestha. It also bears mentioning that sodium tallowate soaps are more alkaline than others, which can end up affecting the pH of the skin, says Rossi. This, in turn, can trigger inflammation, a compromised skin barrier, and a whole host of other issues.

And let’s not forget the fact that a key component of this ingredient is an animal-derived fat. The tallow in sodium tallowate is a byproduct of the meat industry, so it’s not suitable for vegan or those with vegetarian lifestyles, says Shrestha, who adds that it also may not be sourced ethically.

How to Use It

The bottom line: No matter whether you’re using a straight-up sodium tallowate soap or a cleanser with sodium tallowate in it, less is more. Stick with just once daily usage, and, even more importantly, only use it if you have oily skin, advises Shrestha. Rossi agrees, noting that it’s particularly imperative that those with sensitive or eczema-prone skin steer clear of it, as it can greatly reduce the necessary levels of sebum and moisture in the skin.

Oh, and the topic of sensitive skin, it’s worth pointing out that some sodium tallowate soaps are labeled as hypoallergenic, points out Rossi. While the ingredient itself may be fairly inert when it comes to not triggering allergies, if it’s combined in a formula with other ingredients, you still need to do your due diligence and make sure there’s nothing else in the mix that could cause an allergy, he advises.

I use Goop without pumice. It cleans my hands and the piece that I am working on after polishing. You can buy it by the half gallon online…Rob 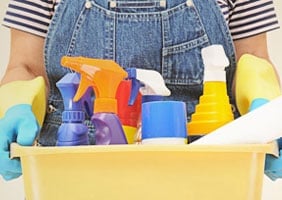 (these links are from the website mentioned in my original post…EWG.com)

Actually when you go further and tallowate is animal fat mixed with a lye. It is the resulting mixture of those two that has been renamed tallowate. The most telling thing about this substance when you do a search was why it was reported. It has animal fats in it. Which for some is horrible. All soaps are going to dry out the skin given the amount of usage. Some soaps, more today are made from other fats such as coconut oil. These are supposed to be more gentle on the skin, but they are still the basic components. As for Lava soap the big factor for it in cleaning is the pumice. I would be more worried about hand sanitizers. Yes they sanitize but at the expense of moisture in the skin. Solution for dry skin? Use a hand lotion. If you are anti animal products, use another soap. Chemical names are often manipulated for marketing purposes. Sometimes those manipulations are just to make you think it’s better than it is, others to scare you. Think Dihydromonoxide. It’s the worst solvent known to man, and we come in contact with it everyday. In fact I’ve been known to drink it. It’s a scary sounding word. BTW it is water.

Hi Aggie,
yes, i did notice about the animal fat. I was thinking it was the saponification process that allowed for getting the oils iff my hands…not all cleaners i have tried leave my fingers squeaky clean…i think that is what i was noticing, and then was curious to investigate why that might be…

…in my house we have a water softening system, and sometimes my hands are down right slippery!..i think when the salt in the tank is low…slippery like when i use bleach…

I didn’t realize that there was more than one Goop until I checked the MSDS. I use the Orange Goop without pumice and with citrus. I am sure that there are other cleaners that work just as well. It beats the ammonia and dawn in very hot water that I have used for years.

Sponification is the process ALL soaps are made by. another chemical term is distillation. It’s just the process, don’t worry about it. There are natural cleaners that have no soap in them. Yucca plants are one that comes to mind. Beat the roots and you get a juice that will suds and clean you. There are more, but that is the only one I’ve actually used. I did that when on a survival class field trip for two weeks. In the heat of the southwest USA, when you stink enough to drive flies away, you beat ayucca for a bath in a rain pool.