Jewelry Master Models - How do you use them?

I am curious and hopefully you folks can educate me. How do you use master models in your business?

Do you keep a library of models? If so, in what form?
For those of you focused on custom, do you find it efficient to make and store all those models (do you actually use them often enough to justify it)?

We make everything from scratch, and we don’t seem to make anything twice (and even if we do it is customized enough that a model wouldn’t help us). We’ve thus far concluded that acquiring a library of master models or making our own is non-economical.

I totally understand the obvious need if you are doing short-runs, or even onesie twosies of similar styles and the client is open to minor changes. But for rapid prototyping, seems superfluous and expensive?

Am I looking at this the right way, or am I missing something?

I only make a master model when I am doing something that I intend to make many many of and will need to remake the rubber mold at some point. If I make custom make a piece and I think I might have a chance to make a few more I will rubber mold it but no master.

Same. I make a living on custom and rarely use molds. But…if I have a piece I think I may remake or I just really love it, I will occasionally cast that original in sterling, mold it with @CASTALDO Liquifast Ice and then proceed to cast it again for the customer. Then I have the RTV mold and the master model on hand. I label the mold with a marker and put it in a clear, small, stackable plastic box that’s just a little bigger than the mold. It’s big enough I can drop in a couple of waxes I shot for future use. Then I put the master model in a job envelope with the mold number and sketch on it. I make any notes that will help me later, like fabrication/assembly tricks or tube diameters. Job envelopes in a box in the safe, molds on a shelf, locked up.

All that work and I almost never use them. Everything is from scratch. But I still like having the great ones on hand. Sort of a collection.
Mark

Model making is really only useful for manufacturers of mass-produced identical pieces. It is usually only done when there is a requirement for making multiple molds over a very long period of time, as molds eventually wear out after a few hundred waxes are pulled from them. The master could be used over and over again to make new molds so that the manufacturer could continue to make a particular design for decades with no discernible differences in the finished product. As John says, it’s really only useful if the design is to be reproduced many hundreds or thousands of times.

My Dad was a free-lance model maker in the 60’s and 70’s for a couple of manufacturers in Rhode Island. So while I don’t have any extensive personal experience with the process, I did see it in use (and heard the swearing that could often accompany it)

One of the trickier parts of model making is the allowances for all of the different shrinkage rates during the mold making and casting processes. There was only vulcanized rubber for molds, RTV didn’t exist so there was significant shrinkage in that part of the process. Then the wax injecting and casting processes also had some shrinkage and then further allowances were needed for finishing. Thicker parts would shrink more than thinner parts and thinner parts needed to be thick enough so that they would not be polished away during a several step semi-automated finishing system. There was also a requirement that the overall cross sections needed to be relatively constant throughout the entire piece so that casting issues like porosity were minimized. Another consideration was the ease with which the mold could be cut and then the ease with which waxes could be shot and pulled. A design with a very tight and complex multiple gallery setting structure would be frowned upon as it would be very difficult to make consistent molds from and could end up being problematic with non-fills and that kind of thing.

Remember, nothing was computerized, almost all automation was mechanical as opposed to electronic, so there was real art involved with model making. A model maker had to be able to look at a design, consider the requirements of the finished piece and then by eye and experience be able to determine where it needed to be thicker or thinner, how much oversize and where to exaggerate the shape of the setting so it would fit a particular stone size and what finger size to make the model so the finished piece would end up at a particular size. It was much more complex than it would seem to be at first glance. Quite different from making a mold of a piece in case you might get a call for another one some time in the future.

I only make them for things I want to sell more than one of. Most of my work is one offs. But I do keep the models with any notes in my safe and the mold stores with my other molds with a note to help find the master if I ever need it.
I am pretty sure there is no “right” way. Just the way that works for you. 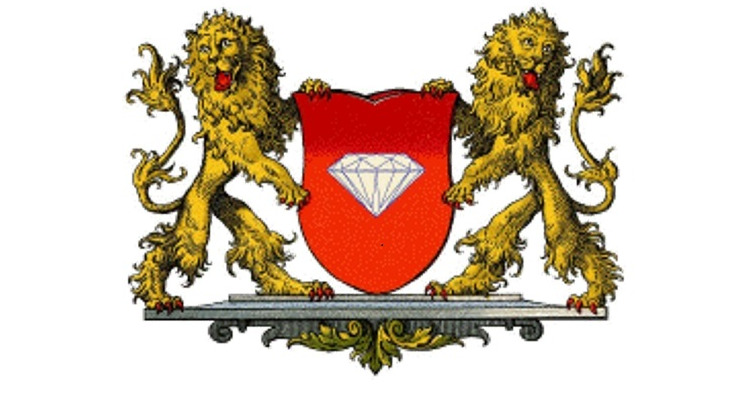 Dave
I know of those earlier days, loads of great & foreign languages were
spoken during those ‘testy moments’ in designing. I remember the ratio was
to ‘increase’ the required model at least 6% & this was to allow for the
overall & total shrinkage. I once worked for a really ‘mass-producer’ even
a fraction of one gram had to be ‘removed’. Then he had to remember the 6%
shrinkage, this was way before CAD & there were no "Non-Shrinking Rubber"
in those days either…what great fun!!!..Gerry!

I started working as a “model maker” (I could barely solder 2 pieces of metal together) for a large manufacturer. My “mentor” took me under his wing - he had 40+ years in the industry and had just sold his company that manufactured “emblem” rings -school rings, Shrine rings etc. These all required metal molds to be able to take the pressure needed to fill out the waxes. I learned how to make metal molds and ended up in management. Long story.
We manufactured hundreds of pieces of the same item over and over. In order to do this we made “masters”. We made a “master” From there we would mold the master to make “models”. Models are castings from the “master”, cleaned up and molded for production. The “masters” were always kept in a file in the vault. If anything happened to a “model” it could be replaced. Ring models were made in the most popular sizes - basically women’s size 5 to 8, men’s 9 to 12. half sizes could be hammered up by hammering the sprue. Smaller or larger sizes could be sized in the wax. Pendants and earring models could be sprued on a “tree” so multiple waxes were shot at the same time. Model makers kept a “shrinkage” log. All pieces were measured through each process which allowed a compilation of shrinkage on all different size/weight models for production. We also used “pantographs” such as the Gorton P-1/2 precision pantomill - these were the predecessor of CAD/CAM machines for making precise models or production molds. We had high pressure benchtop plastic injectors for filling out the metal molds. “Masters” and “models” were cataloged in an R&D log with dimensions and weight then assigned an R&D number until the model was approved for production. It was then assigned a production number and added to the computer files (large temp. controlled room with IBM punchcards and big reels of tape) I’m sure this is more than anyone wants to know on the subject of “Masters”!