Is the Hope diamond cursed

I don’t think so. You’d have to be a very superstitious person to
believe that. One of the past owners, Harry Winston - the man to
donate the Hope to the Smithsonian, gleefully instructed his PR
people to hype up the curse angle. It’s a ploy often used to drum up
publicity. The Black Orlov diamond also had all sorts of stories
attributed to it which didn’t stand up on closer inspection. Funny
too that so many historical diamonds seem to have been stolen from
statues! When there is little historical documentation, it’s all to
easy to spin stories. 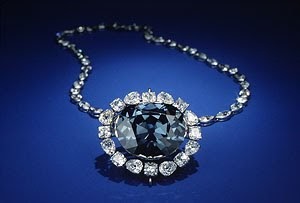 Harry Winston and the Hope Diamond's 50th anniversary at the Smithsonian 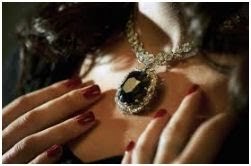 You’d be surprised, a lot of really intelligent people still can
support superstitions, even when logically they see the falseness of
that belief.

There’s an example of this in my family.

There’s this family dirk, which honestly is nothing special. However
the history behind it builds a story.

Everyone in my family who’s titled as the owner has died horribly,
it’s only been in the family for just over 100 years, so not many
people have been titled as the owner, yet the belief is that this
dirk was the cause for their misfortune. My family members are all
studied and learned people, but when it comes to this they need a
good slap.

If I was offered the dirk I wouldn’t accept it, not for reasons of a
curse, but because it’s nothing special, the agate is broken, it’s
resale value would be very low, and I can make better.