I am trying to identify some gorgeous stuff I saw out in Jackson
Heights, Queens, New York. There is an Indian community clustered
there with lots of jewelry stores on Roosevelt Avenue there. I am
trying to figure out if there is an official name for the type of
elaborate gold jewelry that is displayed in every window there. The
creations are beyond gorgeous, really inspiring, very intricate and
ornate. Most of the time there is no semi-precious used - but there
are some instances. I am wondering if there is a certain period or
cultural region it is attributed to like Mughal or what not. I
really would like to buy some books on that jewelry type for my
personal eye candy book collection but it would help if I knew what
to look for.

Thanks in advance. Would greatly appreciate any insight!

Oppi Untracht has a book TRADITIONAL JEWELRY OF INDIA

. It has a
large bibliography that would help. Coincidentally, I just went to a
lecture by Usha R. Bala Krishnan, an expert on Indian jewelry who is
currently researching and documenting the fine goldsmiths of India.
She wrote JEWELS OF THE NIZAMS

, a beautiful book documenting the
gorgeous jewelry of Hyderabad. Her book is on sale on Amazon 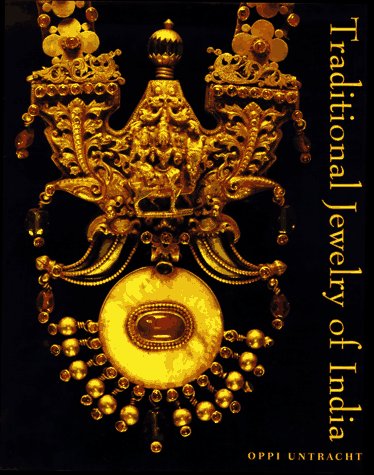 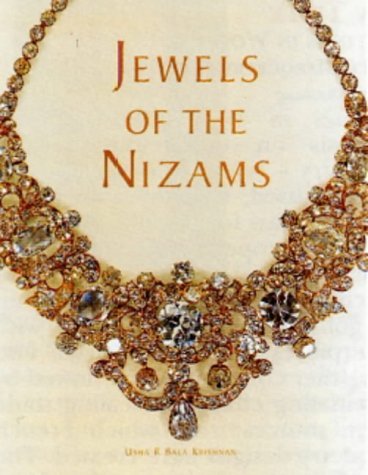 Hi! The jewelry you see in Jackson Heights is based in traditional
design, however, the designs on display now are “contemporary”.Some
piecesmay be more traditional than others. To have an overview of
jewelry from India, you can get the Oppi Untracht book entitled
Traditional Jewelry of India. It is one of those beautiful hardcover
books, so it’s not cheap, but it might be possible to find it used
online. In the book, he has detailed about jewelry
traditions in the various regions of India, as they can vary greatly.
After looking at this book, you can see how themore modernstyles on
display in Jackson Heights are derived from traditional motifs. The
work produced today tends to be smaller and more detailed. I would
also recommend the book, Jewelry of Nepal by Hannelore Gabriel. I
have to say I am partial after having lived in Nepal for two years.
This book also has gorgeous photos and lots of detailed information
about the different styles of jewelry worn by different ethnic groups
in Nepal. The jewelry in Nepal is influenced by Indian styles as well
as Tibetan styles, depending very much on the ethnic group to which
the wearer belongs. Hannelore was able to get many womento show her
their ceremonial jewelry, which is not seen in public very often.
Since you are in NY, I recommend that you go look at some jewelry
that is on display at Barneys right now.If I recall correctly, it
from the Jaipur Gem House. They make jewelryin a Mughal style with
the green and red back enamelingwith lotsof spectacular gems on the
front. I saw one piece that was a bracelet attached by chains to two
rings, and in themiddle was a large, round flower ornamentthat was
made ofiolite (? the light was poor and I didn’t feel like asking)
faceted stones that were cut into petal shapes setusing
thetraditional kundan setting. Mabye two years ago, the Metput on an
exhibition of Mughal jewelry and objects.There isan exhibition
catalog available for that as well. It is called Treasury of the
World, Jewelled Arts of India in the Age of the Mughals, published by
Thames and Hudson, mabye available only through the Met. It is scant
on but full of astounding jewelry, and
stonecarving. Enjoy! Natasha

If you contact Jewelofthelotus.com website they have the books that
are what you are looking for. They deal in antique and reproduction
jewelry form India. I have a hard time with the term semi-precious.
You could have a tiger eye cab that is worth more than a ruby,
sapphire, or emerald. Lapis used to be considered a semi-precious
stone, and it sold by the carat now. I make a joke that semi-precious
means it costs less than 2 paychecks. As I am a G.I.A. graduate, do
any other Gemmologists refrain from the usage of semi-precious? Or
am I over-sensitive about what I think is
outdated useage? Richard Hart

Hsin-Yi, For a book on Indian jewelry, look for “Tradirtional
Jerwelryof India” by Oppi Untracht. It is profusely illustrated and
painstakingly researched. Jerry in Kodiak

Hello There ! Was out of town on a jewellery manufacturers show in
India, otherwise would have loved to offer you assistance on this one
earlier. I am not an authority on Indian ( Asian Sub-continent )
jewellery, but have been associated to it since a decade. The kind of
jewellery you have seen at Jackson Height’s is the traditional Indian
jewellery, though it does not have a “proper” name to address it as.
India is a vast and expansive country (very similar to U.S.A.) and
there is a different type of jewellery catering to a different typw
of ethnic community, and so there is jewelry from the East, West,
North and South. There are different methods used for the jewelry
manufacturing which you have seen most of them being constituted of
"stamped" parts, enamelled, casted etc. If it were to be analysed it
has been a recent occurance of casted pieces being used in plain gold
jewelry as well. If I am correct the most eye-catching and the most
attractive jewelry ( which seems to have caught your fancy) is the
very delicate and intricate work done by twisting two wires ( could
be 30-32 gauge or finer) and which is called as Taar - Veni, and
which is the specialty of the skilled artisans from West Bengal. Then
there are also additions of hollow balls, granulation and engraving.
I hope this will give you a brief insight about the Jewelry made in
the Indian sub-continent. Please feel free to contact me on my e-mail
address or on my cell # 91-22-3426 8884, if you need any further
address. You can also get to see samples of this type of
Jewelry @ Kris Gems International Inc. 1 800 574 7436. whom I am
currently supplying. Nilesh.