Imagined on Skin - Differences Unite Us

This neckpiece emerged as the result of a project on individuality. Using the unique imprints of the body, the work translates forms and outlines that previously only existed in the mind, into a distinctively visual reality. While it isn’t immediately apparent that the piece has been cast from the body, on closer inspection, the imprint of skin on its surface and its finger-like tendrils offer hints of its origin.

Fairina is an emerging Sydney-based contemporary jeweler. Her path into jewelry design began with a fascination with the body, and the various ways it has been used as a canvas.

She thinks of herself as someone who doesn’t wear much jewelry. The twelve adornments that never leave her body have become such fundamental parts of her that she sees them, not as accessories, but as inextricable parts of her identity. 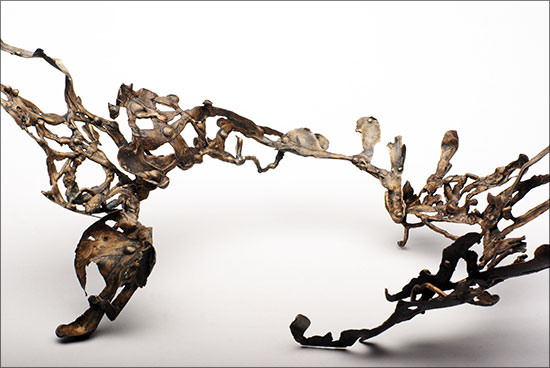