I want to sand cast some bronze or aluminum name plaques for my
different palm tree species around my house here in Florida to make a
kind of palm tree arboretum.

The sand casting itself is no problem as I’ve done a lot of delft
clay casting as it was my first entry into the jewelry field.

What I was hoping someone could help me with is where can I find
plastic or wooden letters of various sizes that have a draft (the
draft is important so they would release and work well for sand
casting)?

I saw an old car club article where guys would sand cast aluminum
parts and to put numbers or letterers on them, they would simply glue
or epoxy small plastic letters and numbers onto the base of whatever
they were casting.

Unfortunately, the article is an old one and it did not saw where
you could find small letters with a draft.

I assume that companies that provide parts for custom model makers?
I tried to google search but all I can find is stencils of letters.
No actual letters or numbers. Places like Michael’s art supply would
only have vinyl 2D letters. I need 3d letters of any material but
with a draft.

Any ideas? And with that thought, is there a kit for sand casters
that will hold different letters and numbers together and can be
rearranged so I would not have to destroy each letter I use for one
time only?

I do a lot of resin casting I searched and fond 2 places rather
easily your search Formed Plastic Letters one source is for Bulletin
Boards like restaurants use I am sure if you contact any company
they would let you know if they make letter sets to meet your
requirements. No affiliations or idea of costs just searched good
luck! Teri

One place to get numbers and letters is from office supplies. Ask
for the letters/numbers used in say, restaurants that have pins/legs
cast into them to be pushed into the groves on the plaque. Here is
one place I found with a very quick “look”: 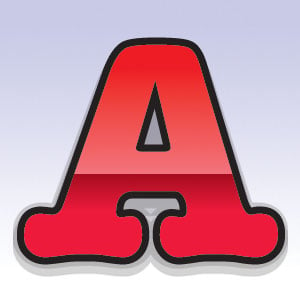 3-D Printing could do the trick, and there are companies that will
print it for you.

The craft store has a vast selection of wooden letters.

You might try Gemini. There is a website for the sign industry -
http://www.ganoksin.com/gnkurl/ep80g4 for other resources. Gemini
makes cast letters for the sign industry. You could all apply them
to your backing. They might not make something as small as you like,
though. Or find somebody with a3d printer (makerbot or replicator)

Richard – I got the following from my sculptor/bronze castor friend
Hank Kaminsky:

“Use rubber stamps. I make my own in a UV/resin machine but any
rubber stamp maker can produce them in any size. They have to have a
draft angle to work as a rubber stamp, they do fine in sand molds.” -
Hank

What you need is called foundry lettering. Enter that as a searched
term in a decent search engine and you should have a quick list of
resources.

Foundry letters can be purchased in sets or individually. Just in
case your search engine doesn’t return an adequate list try here:
http://www.ganoksin.com/gnkurl/ep80g8

Might run in to some money for that lettering and kind of depends on
how big you want to make those plaques. You might also consider
etching sheet metal to produce the plaques. Etching won’t produce the
cool sculpted relief of a cast plaque but the budget can be a bit
lower and the use of pnp or laser resist transfer is very computer
friendly and flexible. See these orchid articles: 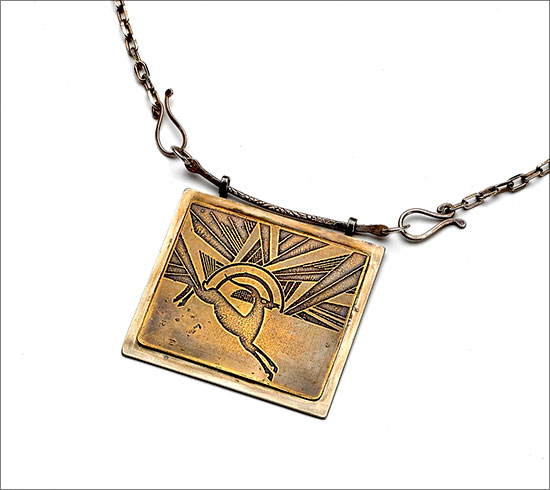 Easy Etching Step by Step - This technique involves the transfer of an image to metal using a material that will "resist" the dissolving action of acid.

many years ago I had a job making some wooden objects which required
a bronze plaque with company logo inset. (Door push bars for a
shopping centre/movie theatre) The plaques were about 6" diameter
and the design was a stylized apple tree with leaves, apples and all
outlined in raised polished bronze with the background recessed. The
lines were approximately 1/16" wide for the most part. How to make
the pattern for the sand casting of the plaques?

I called a company that made printing plates and the like and asked
them to make a “Stamping Die” which is what is used to stamp and
affix gold leaf lettering on book covers. I sent them a black and
white photocopy of the design and for a very reasonable price they
sent back a stamping die which I could use as a pattern. It was made
of a fairly thick aluminum plate, (or some similar material), a bit
over 1/8" thick, to best of my recollection. The die was made by an
etching process so the raised lines were all quite sharp edged and
clean and the background where it was etched out had a natural draft
to it. I was then able to affix the pattern to a wood backing and I
sent it to a large industrial foundry where they turned the job over
to their apprentices as a challenge because the level of detail was
about at the limit of what those apprentices could handle. They soon
returned the 3 dozen or so bronze plaques I’d ordered, again at a
very reasonable price. Basically the charged, as foundries do, by
the weight of material.

In your case, since you are probably not making multiple copies of
one design but many different ones I might try the following. I
might consider that you could photocopy a typeface that you like,
perhaps multiple copies of each letter so you’d have enough of each
to complete any possible name you want to cast. Print it out
whatever size you like. It could look something like this;

Leave a bit of space between letters. Have the whole sheet made as a
stamping die. You could cut apart the letters, first by line and
then each line into individual letters. Next you could mount each
letter on a suitable backing for easier handling - making sure the
backs and total height of each piece was uniform so you would have
what is essentially the equivalent of pieces of type. These could
then be affixed into a frame or rack or whatever you want to call it
and you’d be able to press the whole thing into sand for your mold.
You might do this simply with double-faced tape.

Alternatively, if you can find or buy a font of old-fashioned lead
type of the typeface and size you like, that’d be good too as
ordinary lead type has draft - although I’m guessing it has become a
rare item. Call some print shops and ask where those can still be
bought.

Or call a local foundry or tombstone maker - where they make things
like grave markers and such and ask where they get their pattern for
bronze plaques. Let yer fingers do the walking.

If the letters can be 1/2" high or larger, letter-board letters
would probably work. Those are used for the signs you see in hotel
lobbies, welcoming the latest conventions and telling them what suite
they’re set up in. Here’s a link:

Good luck on the mini-arboretum -

Thanks for all the tips on different ways to do the letters. Many of
you have responded with excellent I think the easiest
advice to try is the idea of buying the message board letters. The
kind you see on hotel signs. This is Andrew Martin’s idea that I’ve
read about soon after posting the original question. That is an very
economical way to try it.

They are laser cut, inexpensive, and can easily be spaced. The may
or may not have a draft, but at 15 dollars for 160 letters, there is
nothing to loose.

My last issue is the metal choice. Since I’m casting some what
larger items than I’ve ever casted before, I need to make things as
easy as possible. I have cast bronze up to half of a pound. Small
items.

With these plaques, they may be twice as big. I read a melting
temperature chart of metals from the Engineer’s ToolBox website and
it claims that Aluminum-Bronze melts at only 1190 to 1215 Degrees F.

http://www.ganoksin.com/gnkurl/ep80gd
Here is the link.

Not only would such a low melting temperature be an easier set-up
for me, but Aluminum-Bronze is a very easy alloy to make yourself
since you don’t need to find tin.