I need a new bench vise

I broke my current bench vise this weekend. I like to use it to hold stakes for forming, so it gets hammered on and needs to be sturdy. I also like to be able to move it to all different angles. Does anyone have any suggestions? I broke mine tightening it, but I think it was the hammering that was really the cause. The cast iron base broke where the tightening screw goes into. Thanks in advance for all your help!

i don’t own one, but i am always attracted to Faithfull when i see them…especially the black ones! (silly, i know, but there ya go!)

i found my vintage vise on ebay, and i love it…so many cool looking old vises! haha!

Andrew Berry, of “At The Bench” online subscription-based jewelry training, has a big beautiful black one in his filming studio! Thats where i first saw it…

hi,
i just remembered…one thing i liked about my vintage vise from ebay…the jaws were smooth!

Yes, the jaws are important. Mine are smooth and they have both vertical and horizontal slots cut in them so it makes it really easy to hold stakes any way you want.

hi!
i recall that i also wanted a “pipe jaw” feature, to hold mandrels horizontally…

hi,
if you need to, regarding the slots, you could look for a good machine shop to modify a vise for you…

i found a fabulous one that re- dressed my ebay vintage anvil! very happy with the results! he even suggested to make one edge sharp and one edge radiused.

look how pretty they all are! 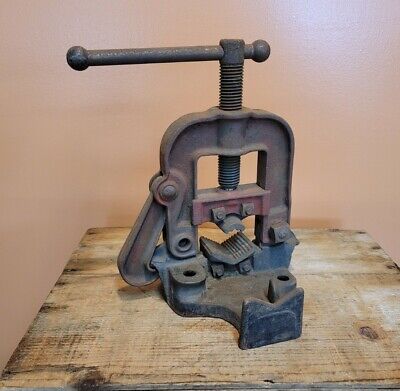 My Dad picked up this vise many years ago and used it for as long as I recall. Dad added some marks to the top of the jaws for lay out purposes and I have too.

The Stephanson Patent Vise is a wonderful tool and while not impossible to find they are rare in Central New York. This one is marked “Tower & Lyon”

Originally named A.P. & M. Stephens & Co. circa 1870, the name had changed by 1873 to Stephens Patent Vise Co. The vise was widely advertised and sold for a variety of trades. According to an article in Hardware in 1900, Stephens vises were first manufactured by themselves, then by “Cook of Hartford,” then by W. E. Snediker and National Vise and Tool Works. Tower & Lyon , a prominent New York City hardware firm, had the agency for Stephens vises in the 1890s. Another large New York City firm, Peter A. Frasse & Co., had sold Stephens vises in the mid-1870s. An 1884 ad for Stephens’ vises says “Melvin Stephens, Proprietor.” In 1906-07 it briefly owned its own vise factory, which it sold to G. M. Yost Manufacturing Co. in early 1907. Yost then manufactured its own Stephens Patent Automatic or Self Closing Jewelers’ Vises . 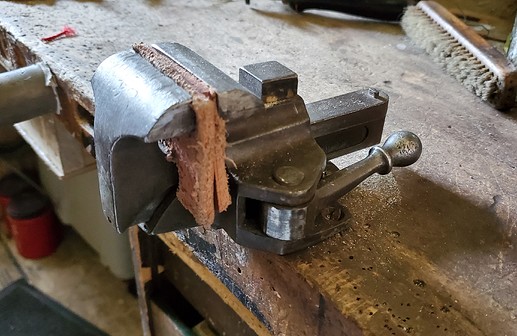 Wow, that is a beauty. I love the large lever to tighten it. Thanks for posting.

my ebay find is a Jordan No.2
…i should look up the history!

she is petite…3” jaws

I’m channeling my father who was a casting consultant for 30 years, domestic sourced iron is best. Too many “ifs” with imported - contaminants that interfere with durability.

Hi Don!
i just noticed the “buy and sell” tab on that awesome vintage machinery website you linked! i love to window shop!

Avoid Olympia Tools. I got one of theirs and it’s junk. The bit you use to lock the swivel mechanism doesn’t work, and despite the “lifetime guarantee” emblazoned on the box I’ve yet to even get an answer from them.

I’m going to get something like Yost or Bessey. Probably the latter as I’m a big fan of their clutch-style bar clamps and my dad has worked with the company so I know they’re good. It’s not even that much more expensive, so don’t be like me and cheap out.

Avoid anything made off shore imho. I threw away all my Chinese crap tools long ago.