Did any one hear / see or read about these crystal caves in mexico,
facinating, 4 foot diameter, 50 feet long 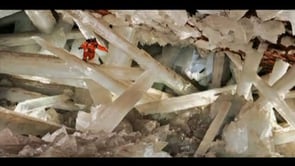 Geologist Juan Manuel Garca-Ruiz calls it “the Sistine Chapel of crystals,” but Superman could call it home. A sort of south-of-the-border Fortress of Solitude, Mexico’s Cueva de los Cristales (Cave of Crystals) contains some of the world’s largest...

I don’t recall if it was the Discovery Science, or the National
Geographic channel on cable, or one of the others, or several of
them…, but they’ve had a wonderful program, maybe several
versions, on the air several times over the last few years. Truly
phenomenal place indeed. Pretty brutal for humans, though, what with
temps and all.

Didn’t look at the video (I’m on a dialup right now) but it’s
probably the Naica mine. Two findings, actually, "Cave of the Swords"
discovered in 1910 and the “Cave of the Crystals” discovered in 2000.
Google either of these for and pictures. There was a TV
special not long ago.

Having numans wandering through those caves would not be a good
idea. Not only would it be terrible on the humans, but those crystals
are delicate.

We had a speaker at my rock club who had visited them. He showed
pictures. Awesome!

No clue if this is the cave being referred to, but it is an amazing

In the article in National Geographic about this cavern, they
described seeing cut areas where people had attempted to saw these
gorgeous giants off, and failed thankfully. The temprature inside the
cavern is between 112-120F, perfect crystal growing conditions, but
not friendly to humans. And that is a good thing.

IMHO, I say let the pictures forever tell the story; they should
re-seal the entrance and loose the location…

Actually if my info is correct they not only resealed the caves but
also re flooded them. They were flooded originally and then drained
for examination but over time they started to have problems (I don’t
recall exactly what kind of problems but the site was degrading
naturally without the water) so they decided to reflood it after
doing some studies. I watched the studies a year or two ago I think
in TV and got this info there.

I also heard about the kind of material it was (maybe calcite?? I
don’t remember right now) and immediately crossed it off the list as
potential gem material due to what it was and therefore easily
resisted the temptation to try to get a few bits of it to cut. ; ) 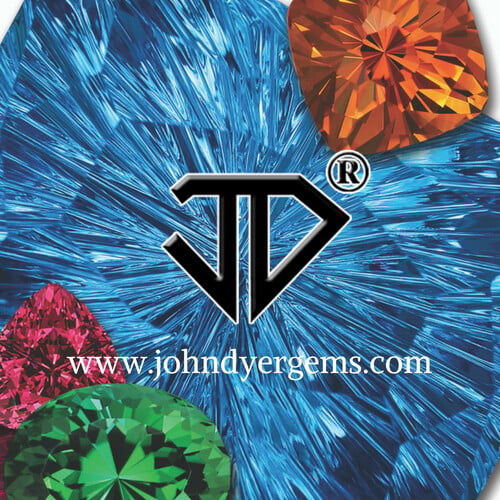 John Dyer is a precious gemstone cutter. Here you can find information about...

Gypsum crystals, I believe. Wouldn’t that make them selenite? Not
the hardest stuff in the world.

John, I posted links to the Mexican cave info a couple of weeks ago
on the “what to do with gypsum crystals” thread. That’s what the
crystals consist of: when crushed they’re used as plain old wallboard
filling. The important thing for most of us to learn from these
amazing cave displays is how crystals grow. The same growth
principles apply to many other crystals used as gems but usually not
on the same scale of course. But some beryl “logs” found in
pegmatites (usually not gemmy) can almost compete with the Mexican
cave gypsums in size.

Selenite is gypsum, but gypsum is not necessarily selenite.

I have talked to one person who said he enjoyed the challenge of
faceting it.