I’ve annealed, soldered, pickled, hammered the copper wire flat and
it is very soft - too soft to use as a connector in a ceramic bead
necklace. How can I harden the copper connector?

I solder every link in my copper chains. I think it’s just better
craftsmanship.

Usually the more you manipulate, the more work hardened it becomes.
Now, that being said, the thickness, or lack of thickness actually
could be your problem. Play around with different gauges of wire,
bend, hammer or shape however you are wanting it to be till you find
your point of satisfaction.

copper will harden, when its cold worked but then you cannot hard
solder it.

Can you find a way to make the connector without any heat? There are
many other wires suitable for this job.

Stainless steel is one. Beg borrow from a welding shop some 1/16th
in dia tig welding wire.

Thats hard drawn. Will do the job, difficult to silver braze without
the right flux.

Your going to have to think and experiment to find a neat solution
for this problem.

A very good question, we cannot harden copper to a significant
degree, apparently the Egyptians managed to harden copper, could have
been work hardening, could been putting in hot sand for 10 years, but
chances are it’s a myth, OR they may have put a little tin into the
copper, which would make the alloy considerably harder.

The Egyptians came apart when they came into contact with soft iron
swords, the “hardened” copper swords were dissected.

How can you make copper durable, work hardening will only get you so
far with copper, hardening using heat, well that wont work (unless
someone on the list has a secret they’d like to share). You could use
thicker, “chunkier” pieces of copper, or use a different alloy that’s
still reddish.

Hammer, draw or roll, it can only be work hardened. After working do
not heat (solder or anneal) it.

The other option is to get a copper alloy that is harder but still
red, chrome copper alloy C182 is much harder than pure copper even
after annealing.

I am so glad that you mentioned the Egyptians since this is
something I am looking for more and resources on at the
moment. As part of a living history organisation we are trying to
plan displays and demos of ancient bronze age (clue in the name there
perhaps?) craft and metalworking techniques particularly from the
Greek and Roman periods but also delving as far BC as evidence
combined with educated guesswork will permit. I suspect from what
little I have so far found it seems quite likely that subsequent
civilizations learned a lot from the Egyptians and continued to use
very similar methods. Information on how they did things is scant
though I did find these interesting pages:
http://www.ganoksin.com/gnkurl/ep7z2u and
http://www.ganoksin.com/gnkurl/ep7z2v

All info, links or images will be gratefully received.

Thanks for the links.

Of course I was going to mention something from the past, I take a
lot from the past, make replicas, and am also part of the living
history scene in Australia (lots of potential clients with disposable
income that want and appreciate the things I make).

I was toying with the idea of putting hieroglyphs on to pieces of
jewellery, however not wanting to offend people I’m learning what
the symbols mean, how to read and write them. I’ve already
unintentionally offended someone by putting a Chinese-like symbol on
a pinch pot (something along the vein of your mother is a loose
woman). I don’t want that to happen again (even though the chances
are slim with hieroglyphics).

I have contacts with other groups that study other periods of
history, and can happily forward questions to them, or introduce you
to them if you want.

What is this copper alloy C182? Can regular craftspeople cast it in a
centrifugal casting machine? Is it toxic to wearers?

Carol, the very best source for this kind of is a book
by P. R. S. Moorey, Ancient Mesopotamian Materials and Industries,
The Archaeological Evidence (Oxford; 1994). It covers ancient
stoneworking, bone, ivory, shell, ceramic, glass, metals (base and
precious), and building crafts. Of course it is mainly in reference
to ancient Mesopotamia, but that is the source of much of the most
ancient materials.

As for ancient Egypt, there is the classic book by Alfred Lucas,
/Ancient Egyptian Materials and Industries/ (4th ed. by J. R.
Harris; 1962). The best collection of which I know, of Egyptian
paintings and carvings of metalworking, is by Bernd Scheel, Egyptian
Metalworking and Tools (Shire Publications; Aylesbury, UK; 1989).

Somewhat shorter articles on several of these topics may be sought
in the 4-volume series, Civilizations of the Ancient Near East,
edited by Jack M. Sasson (Scribner’s’ 1995).

I wish you well in your project.
Judy Bjorkman
Owego, NY USA

Not toxic. Casting copper is not real easy to do for a variety of
reasons that generally make attempts by craftspeople less than
stellar. It works fine for fabrication though.

It reads well, and is reported to have good strength and hardness…
Rockwell 65, when heat treated Rockwell 75.

Can copper be hardened? After I have made a ring for example and
hammered it, it becomes a little but harder but not by much. Then if
I solder something else upon it, it becomes ridiculously soft again.
Any suggestions?

Say hello to the properties of copper. Copper is a soft metal, it
can be work hardened a little, but as soon as you heat it you anneal
it.

Include some tin in the copper, and make a bronze, is the only way I
can think to harden up your copper. You shouldn’t need a lot of tin,
just a smidge (a technical term, closely related to the term “bugger
all”).

Generally copper can be hardened very well but it will be softer
than some alloys. To harden copper pieces I tumble them with
stainless steel shot.

Hammering should work well, but each time you heat the metal it
sounds like you are annealing it again. 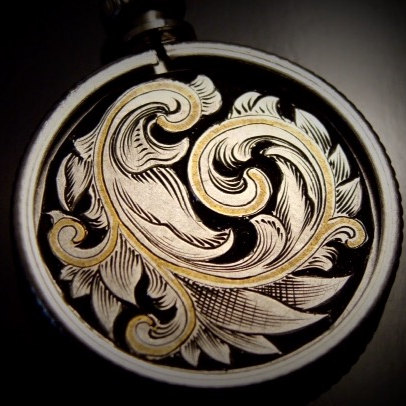 Browse unique items from JelliesJewelry on Etsy, a global marketplace of handmade, vintage and creative goods.

Change to a different alloy of copper like C182 chromium copper.
C182 is harder than standard copper but still will soften after
heating, just not as much as standard copper. Otherwise there is no
way to deal with the loss of hardness you have after heating.

This idea persists but is not correct. Tumbling with steel shot only
will produce a couple of micron thick layer of slightly work
hardened surface. This layer is not enough to provide any change in
the overall mechanical strength or wear resistance of the object.

True, but only by work hardening - heat treatment doesn’t work.

This will improve the hardness of the surface but will do nothing to
the interior. Very thin items have a high surface-to-volume ratio and
will respond reasonably well to tumbling, but thick items will show
almost no effect.

If there are no fragile stones, I would tumble the finished piece
with steel shot for about 30 minutes.