I just picked up a GRS Benchmate (actually little while ago now) and
was wondering if anybody has modified it or made additional modules
or tooling?

Just wondering what cleverness is out there regarding this already
cool tool. Can be of any kind of stuff for it… (storage systems
etc…!)

Here is mine. It is simply a punch holder. 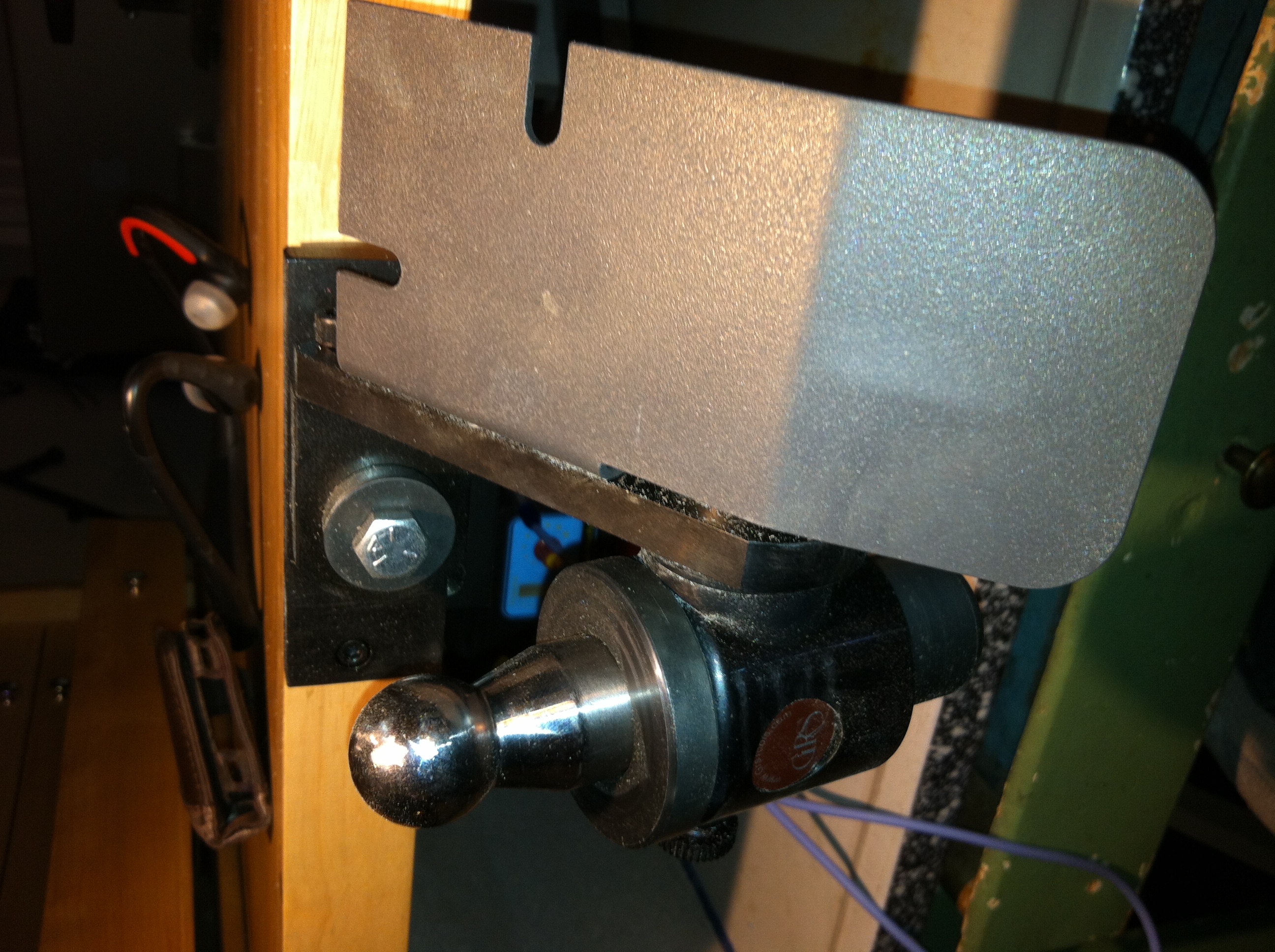 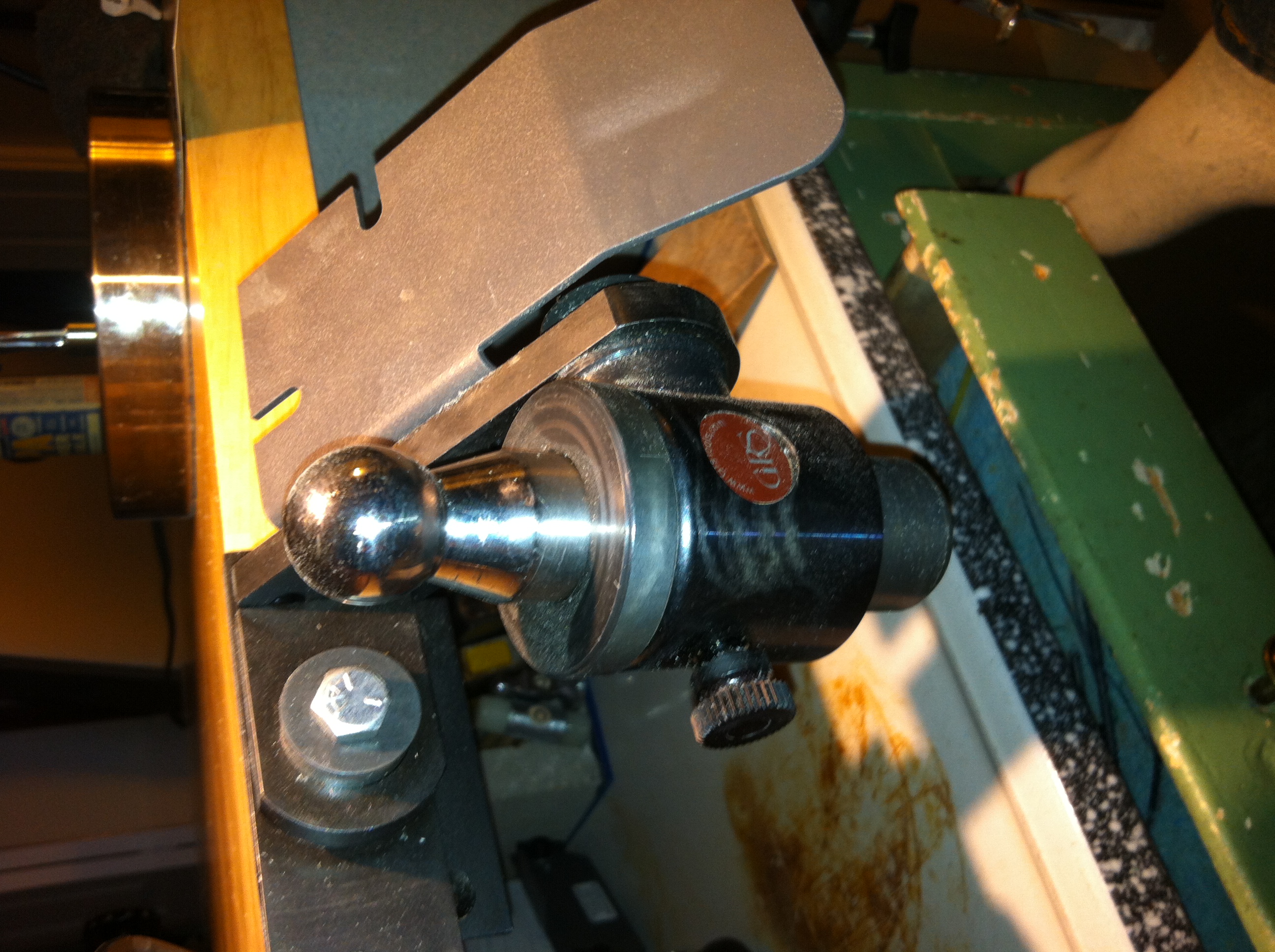 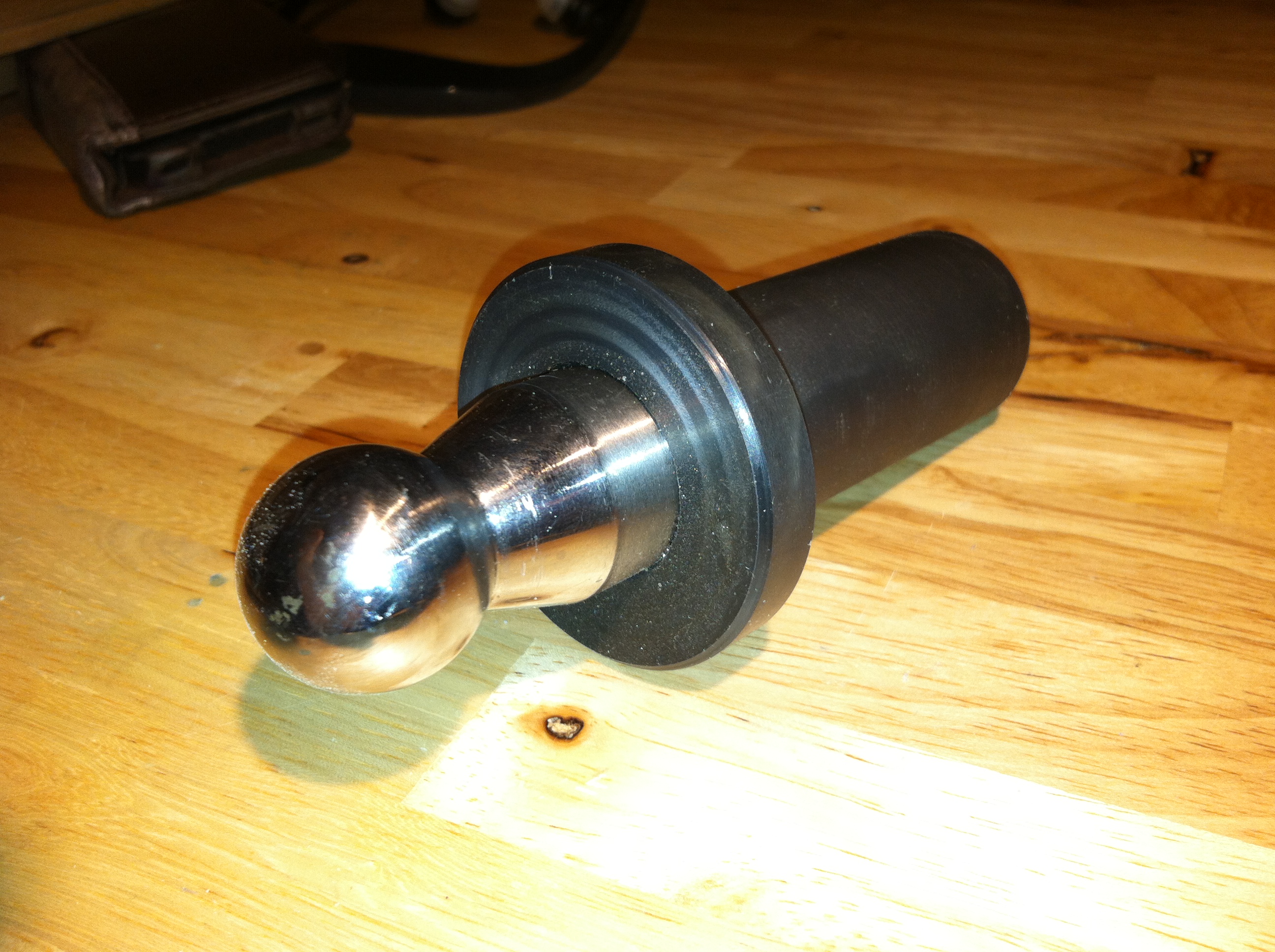 Sorry for the Wax dust, I just got done carving and am in the middle
of tidying up. (Yes, Leonid, real carving. no CAD ;-))

Not exactly a modification of the system, but I did attach a couple
of 6" long sections of 1 1/2" OD PVC pipe to the side of my bench,
so I can quickly switch between the BenchMate inside ring clamp to
theie regular jawedring clamp, both of which rest perfectly in those
PVC sections until needed.

I have similar sections of PVC adaptions on the end of a counter
beside thebench where a series of hammers are stores within easy
reach.

I find this useful… 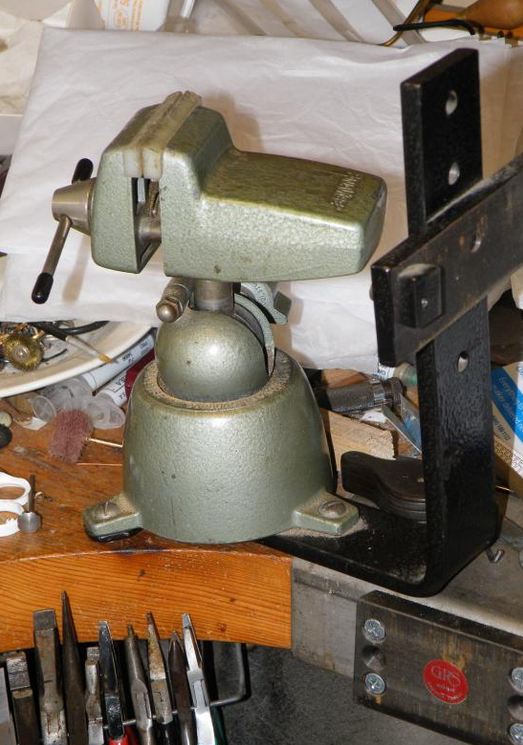 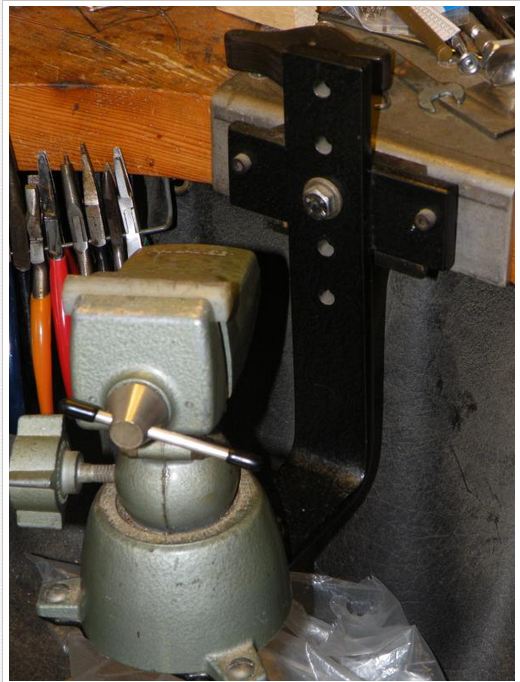 Brian Meek and Lee Marshal of Knew Concepts, the people who make that
famous saw, have a really nicely designed steel bench pin
specifically designed for saw piercing work. Whaley Studios has 2 of
their first prototypes for the GRS bench system, and they are
terrific for any type of precision saw work at the workbench. These
are very popular with our students.

Hopefully these are now out in the marketplace, and available for
purchase.

Brian, what’s the word on these?

Errr. Still in prototype, but I’ve got a number of the latest
generation prototypes that I’d cheerfully sell, as soon as we can
figure a price.

They’d be in the $45 range, at a very rough guess. They also come
with the adjustable ring hook, for cutting rings for sizing. (for
holding the ring while you saw through it. No actual cutter beyond
your saw.)

I’ve never modified the basic system, but I have made a series of
jigs or holding devices for tools such as my tube cutter using
Plastiform. That and a broccoli rubber band allows me to work with
both hands free to cut tubing.

I use the inside ring clamp a lot. From the factory there is a
square corner at the top of the steel piece that the inside plastic
collet screws against. I ground that corner back to a radius and
polished it so that it would not dig into larger and wider rings.

I have done the same thing with inside ring marking punches. The
square corners can nick the inside edges of the ring if you are not
careful. It only takes a few minutes to break that corner into a soft
radius and polish it on the tool. Problem prevented.

Benchmate is a great system. I felt like my skill level gained a few
years of progress the day I started using mine.

I have posted this before, but worth a repeat.

I glued a rubber bench pin to the T section that came with mine.

It is great for filing and gem setting pendants.

My “modification” is hardly any big deal, but it might prove helpful
to someone. Because of arthritis in my hands I had a problem with the
several knobs used for tightening. These knobs were replaced with
Allen cap bolts.

I use one of two sizes of long-arm Allen wrenches, allowing me to
push or pull to tighten and loosen. The larger of the two Allen
wrenches had to itself be modified by shortening the short arm of the
wrench for clearance.

The wrenches are held for storage against the body of the tool with
super magnets.

Only here in the last few days I have put several layers of RUBBER
electrical tape on the long, or “handle” part of the wrenches, to
make the push and pull even a bit easier on the joints.

GRS was great. I called them to tell them of my problem, and ask if
they had alternative knobs, or something, to make tightening the tool
easier.

They didn’t, BUT one of their support people (engineer?) came up
with the Allen wrench adaptation, cut the bolts to the right length
for the tool, and sent them to me complete with the wrenches, and
directions of installing them. I could have gotten the bolts, cut
them, etc, but they cheerfully did it for me, and sent me the parts
FREE! I modified the wrench myself.

Not much of a modification, but one I have really enjoyed.

I use mine for setting a lot and found that when I dropped a stone it
would often wind up in the jaws of the bench mate and fall through
all the way down in and be the devil to get out. I have even had
melee diamonds fall all the way down into the threads at the bottom.
My solution was to take one of the little foam disks from a round
placstic stone box and cut it in half and insert it between the jaws.
Now stones don’t fall through and will usually fall back out when you
open the jaws and turn it upside down. Frank Goss

I also made one minor alteration in the GRS inside ring clamp. I
discoveredthat there was not enough clearance in this clamp for
really heavy men’s rings, so I ground a deep concave depression in
the area directly below the Allen bolt/collet, to gain the extra
clearance in this area.

I have also purchased a plastic collet that fits into the circular
GRS bench pin holder, and holds a Jacob’s check # H-30 Foredom
handpiece. This collet comes with Kate Wolf’s Adjustable Wax
Trimmer: Stuller #21-0456, but it would be fairly easy to make a
collet yourself, if you needed to.

This collet allows me to use the H-30 as a lathe, held by the GRS
ring clamp holder, both for spinning/carving waxes, as I learned
from Ms Wolf, and for jobs such as turning out a matching series of
bezel settings from gold tubing, similar to using a watchmaker’s
lathe.

All these are great ideas, keep 'em coming. Pictures too if you can!

It slipped my mind, but another widget that’s rolling down the
pipeline is a table clamp for a GRS wedge. Essentially, it’s a way to
have a portable wedge that clamps on to any table (sub 2" thick). I
built one a few years back to get a GRS wedge onto a card table at a
show. Could have sold 50 of them on the spot, so it’s been something
that’s been floating at the back of our minds until we had time.
We’re getting to the point of rolling it out. None available yet, but
I’m aiming for before Christmas.