Hi All,
My IT guru has a moment to put up these pics for you all to look see.
The sterling is 15in dia. weighs 8.5lbs and is 1/8in thick. Cold forged in one session.
The others in titanium and bronze were similarly made, tho the latter 2 metals were fire colored titanium around 700 C and the bronze at 500C. 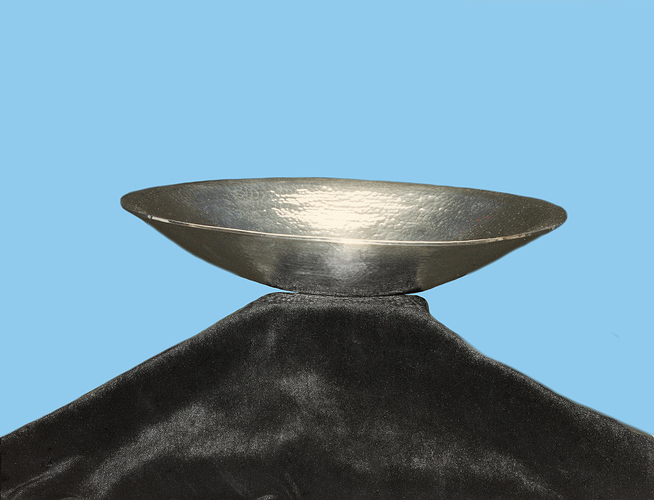 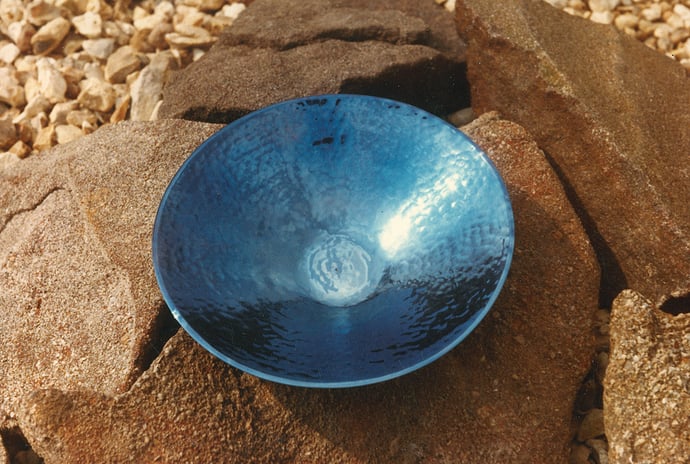 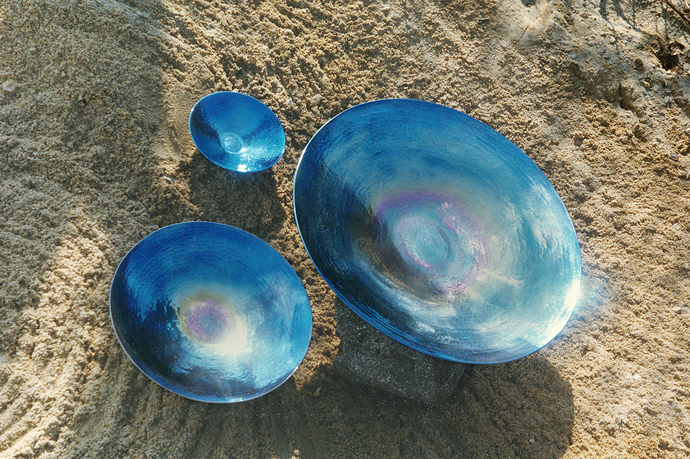 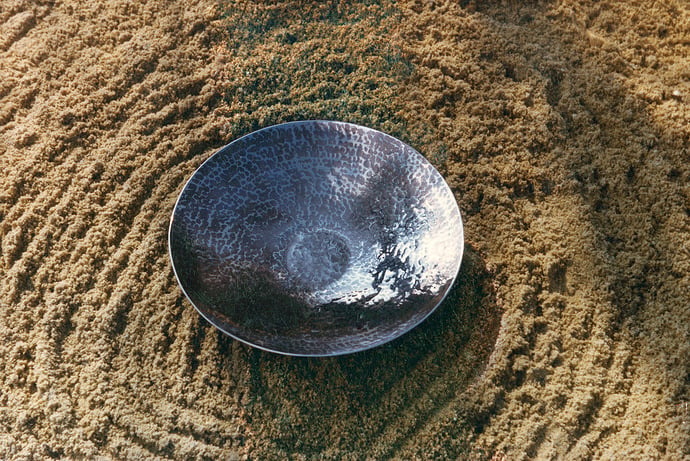 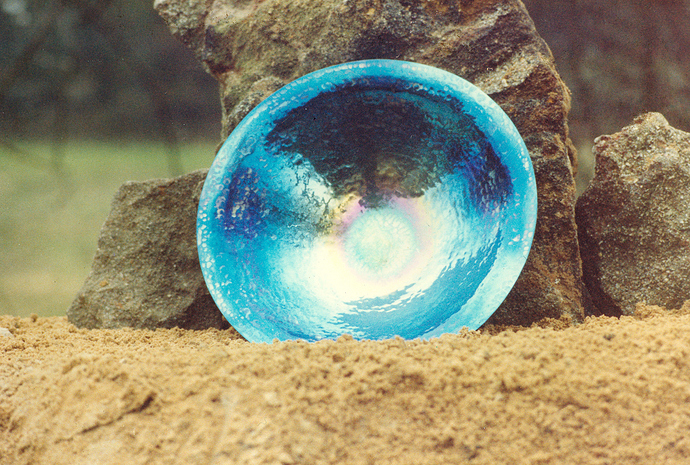 Since you say “cold forged in one session” I’m assuming these were sunk rather than raised. Certainly if you’re starting out with a disc that thick you can sink a shallow bowl without worrying about any thinning of the center.

Hi Elliot,
I guess that working the metal between a hammer and an anvil is sinking. Never considered which was the correct definition. All that mattered was does it work? the finished shapes were what I was aiming for.
I dont think im clever enough to take the metal to a fully raised vessel.
The interest to do this came from seeing the iron smiths heavy iron some 1/2in thick bowls at the V and A exhibition “toward a new iron age”.
Your Albert Payley , is the master of moving metal cold. His twisted iron gate designs are amazing.
Its surprising what you can do if you hit it hard enough.
One starts in the middle of the disc and spiral the hammer blows outwards.
I did them in 1/16th in copper and brass to start with to get my hand in so to speak, and kept going to see how far it could be pushed.
Ted.

What are the differences between sinking and raising?

Would sinking be described as hammering into a hole?

If so, then is Ted describing raising? …Because he created a curved surface by using a flat surface?

As the maker! I can add the following to Elliot’s information.
what happens between the hammer and the flat anvil, is the
softer metal gets squeezed between the 2 harder metals so moves in both directions ie the x and y planes. Its not stretched, its pushed! . Thats why Ive never had one crack .
A rolling mill on the other hand moves the metal in 99% of the time in just one direction. Ie it gets longer buy not wider, just the x dimension… Same process.
In my forging process the metal is pushed not only in the center but all over the surface of the disc.
In theory, if one has a 15in disc 1/8in thick then raising/ sinking! it 7 in would thin it to 1/16th at the center, and progressively less till the edge would at 15 in still be 1/8in.
Hope you follow.
Whats important is the customer was delighted, which resulted in a friend of his comissioning one as well. He also said could I make him one in gold?. No problem I said, but he’d have to pay the metal cost up front I then just charge for my sore arm!.
Ted.