When life gives you fire ants—

This is what you get when you pour molten aluminum into a fire ant
nest. Nature is amazing! Turns out you can make something pretty cool when you pour molten aluminum into an anthill.

absolutely great, i will have to try that, i usually just pour
gasoline down them.

There was a scientist several years ago who was making these
castings to study harvester ants (the species that are included in
ant farms). Never heard of it with fire ants…

Andy…any chance you are still interested in my Meica set up or
know anyone else that is?

There is a conversation about this on the Metalsmith’s Coffee House
group on Facebook about this fascinating subject.

Can u refresh my memory? Thanks.

Never heard of that group. Tell me more?

Did thousands of ants just die horribly?!?!?!? Animal cruelty is now
condoned as art? Imagine the beauty of casting the inside of the
Sears Tower. 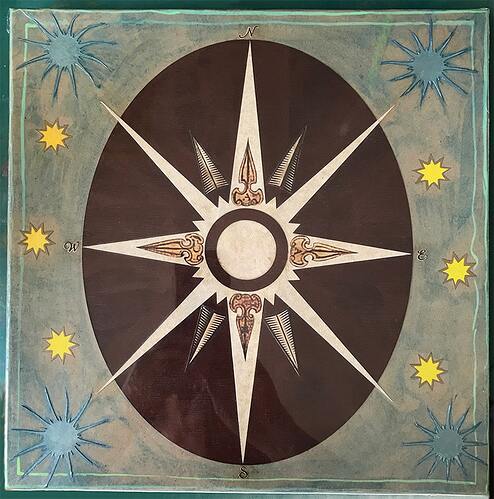 Get a glimpse of various decorative and digital artworks by Carol Metzger, a professional craft artist at CFM Designs.

It wasn’t art, it was scientific research. well the first casting I
saw about 6 months ago was.

Lots of animals are killed in the name of science, but then again if
you eat wheat, or any other commercial crop you’re condoning the
death of hundreds of thousands of animals.

Basically every venture we do has an impact on the animals in the
world, we’re top of the food chain whether we like it or not.

The impact of our own humble industry, would at some point impact on
animals directly or indirectly.

Carol, I take it that you have never been bitten by a fire ant.

I agree with you though, it’s not art. And if it were art, the ants
made it.

The article I read was posted by the University of Austin and was
about the invasive species of fire ant and its impact here in the US.
Interesting, in that what is an invasive species here, is native in
another country. The Metalsmiths Coffee House is a new Facebook group
risen from the ashes of the Metalsmiths Unite group that recently
closed. Yes, thousands of ants did died horribly, but it was not
originally done in the name of art. The Phoric fly, which is a
natural predator of the invasive species of fire ant that is causing
so many problems, lays an egg that matures into a maggot that moves
to the head of the ant, slowly eating it from the inside and making
the ant into a ‘zombie.’ When it is ready to pupate, it makes the
ants head fall off and further develops inside, until it is ready to
hatch.

That process takes a couple of weeks. So I don’t know what is a more
horrible death. Mother nature can be really cruel too.

We aren’t so much at the top of the food chain. We share that spot
with other major predators and carnivores. And maybe when we start to
see ourselves as part of a huge circle instead of a pyramid, this
planet will begin to heal from the damage our ancestors and our
generation too have done to it. We may all still do damage but when
mankind loses its sense of entitlement to doing it, we can hold our
heads up a little higher and offer our thanks to the creatures who
give up their lives for us to go on living. If you think you are at
the top of the food chain, spend a little time unarmed with a grizzly
or one of those nice white cuddly looking polar bears. The smile
might be on the bear when we open the door.

Barbara, who has used her muscles digging out from a dump of a good
couple of feet of snow with some help from man and machine. Where
have all the flowers gone?

If its who I think you are talking about… The guy is a scientist
who dies it for research. But if other people are just doing it for
art… Then I agree it’s not cool at all.

While I am not lacking in compassion, and respect for nature (I’m a
former farm kid…), fire ants are an invasive and destructive
species that displaces native species and causes vast amounts of
agricultural damage in the southern states. There are no bad ways
to destroy them (in my opinion).

Just wanted to add in case someone is tempted to try it. notice how
dry the earth is…

If you pour molten Aluminum and there is any significant amount of
water present. you will have a steam (or in the worst possible case a
Steam - Hydrogen) explosion and get to cast yourself in molten
Aluminum with a garnish of earth and ants…

Yes it can be done, but a lot of safety precautions need to be taken

I have no problem killing an invasive and dangerous species. I am so
allergic to fire ants that I nearly died. Got bit in rural Louisiana
went into Anaphylatic shock. Late on a friday afternoon. Local clinic
closed and the nearest hospital too far away. Lucky for me one of the
two local docs stayed late to work on some paper work. He literally
saved my life. I fled Louisiana and now carry an epi pen. Once you
feel your throat close down and lungs begin to seize, you never ever
forget it.

“In the US the FDA estimates that more than US$ 5 billion is spent
annually on medical treatment, damage, and control in RIFA-infested
areas.” So go forth and kill as many as you can and you might as well
make some interesting art at the same time.

Yep Ron, you got my vote on that. Having lived at the beach and
having had nearly 20 large mounds of fire ants in the back yard
rendering my yard totally useless, I finally gave up all the benign
efforts I had used and hired a bug company that simply killed all
the fire ants and I must say I was most delighted. They do wreck
your yard and certainly if you’ve ever been bitten by one, you’ll
wish they were all gone!

I had the dubious pleasure of stepping into a fire ant colony in
Punta Gorda years ago. Let’s just say I never moved so fast to get
the baby ants off me and lost my socks somewhere in the park. For
years afterwards, I would twitch every time I feel something
skittering on me. I’m still hypersensitive, unfortunately. Carpenter
ants had some really serious damage to my house, and every year, I’m
killing thousands of those damn bugs. So, I don’t really care if
ants were killed in the casting. If it helps to reduce the ant
population a bit, I’m all for it. Now, if we can do something about
the black fly or mosquitoes, we New Englanders can stay outdoors a
lot longer.

I’ve torched bugs if they got too close to my torch during
soldering. Joy