Finding a craft show in your local area

Hello…I am currently working on a project and would like your input
and insights. How do you find out about craft shows in which you want
to exhibit, either in your local area or further from home? Any ideas
or suggestions are more than welcome. Thank you. Marlene 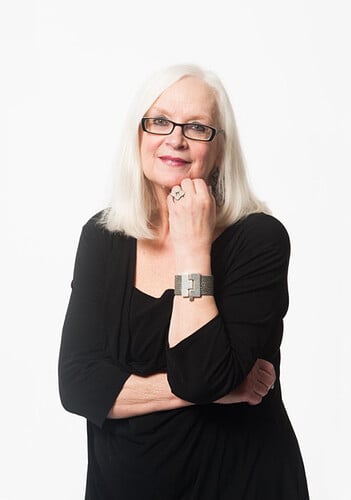 consultant starting a business or moving to the next level . pricing . marketing . policies . practices . procedures…

Word of mouth from other jewelers, and Art Fair Source Book.

Subscribe to Zapplications and Juried Art Services You’ll find out a
lot.

Check out zapplication.org. Many of the shows across the country
uses them to process art/craft show application.

I talked to my friend, who is a long time ceramic artist to get her
perspective on show that she has done. I also look for shows in an
easy driving proximity to my home on Zapplication.

I ask other craftspeople that I know, who are on my level either
commercially or artistically, but are not necessarily jewelers. I
want to know about the quality of the show, how well they did there,
what the set-up is, and how well it is run.

I have found that anytime I have taken a fine craft class there are
notices posted on bulletin boards. The three best shows I found were
posted at MetalWerx, School of Museum of Fine Arts and Danforth in
Framingham. I also find that local newspapers carry small ads for
fine craft shows which is how I learned about Red Door in Dover.
Jewelry Artist lists shows in the back sections. And, on the web, go
to : http://www.juriedartservices.com They list a large number of the
best shows.

Hope this helps.
Mary A

P.S. Did I tell you I had a piece accepted for the annual exhibit of
the School of the Museum of Fine Arts, Boston? I am so excited !!

I’m near Philadelphia, and on Fridays the newspaper has a column of
art, craft, and antique shows listed for that weekend. I look over it
every week, and I’ve found several small but good shows listed there.

Congratulations Mary! Wonderful recognition. I love seeing your work
on my sister’s neck. Nieces and grand nieces were down for Memorial
weekend and they loved recognizing the letters and hearing the stores
for where my sister had flown to.

Sunshine Artist magazine is all about shows.

Hi. For one of the best source of raw art/craft show you
can visit Sunshine Artists USA, aimed expressly at people doing all
levels of shows from fine, juried shows to mall shows. We did juried
shows for 25 years (sometimes as many as 20 per year), and this was
always a good starting place. My wife Hannelore Gabriel is a
metalsmith and author.

Best shows for artists and makers to sell art and crafts. Learn where artists should exhibit. Read show reviews from other artists. Learn how to run a business.

Recommedations for other artisans that you respect should be your
primary source of info - not necessarily metalsmiths since designs
and public appeal vary. If you do one good show, talk to all the
artists you can. That was always my job [smile].

Ray Gabriel
Since 1975 - Gems to excite your imagination! ™
www.RayGabriel.com

Noel said it, I want to underline it…Art Fair Source Book. The
consumer reports for artists on shows. A bit spendy but much less so
then doing one wrong show.

The Del Mar Fair is not a “show” in the sense of a craft/arts fair.
It is a county exhibition, with the Animals, Pies, Sewing, Food, and
Rides. Yes there are exhibitions of jewelry that are judged
(submissions closed in early May).

Yes there are booths - 1) The general wares [hawkers] booths and 2)
the booths in the Hall of Gems and Minerals.

The booths in the Hall of G&M, have been there for YEARS. Some of
these booths specialize in jewelry, some in Rocks & Minerals, some
both. (I should know as I member of a group that has one) and the
waiting list for a booth in this hall is very long and you don’t
move up the list any time soon) The jewelry competition is also
displayed in the Hall of G&M

The general wares booths are in several other buildings. I have
never really seen Artisan Jewelry there. Yes there are people selling
jewelry in these halls but it seems IMHO to be the more massed
produced kind. If you want custom you go back to the Hall of G&M

If you are looking to sell at a one or two day event, this is not it