Casting timeline for circa dating

I’m circa-dating an old ring, Georgian-style, that may have been
cast. Can anyone comment on casting methods used and frequency of use
in the eighteenth and nineteenth centuries?

Lost wax casting has been around since ancient Egyptian times. The
casting itslf could easily be done centrifugually by having the flask
of investment held in a cradle that was then swung around by an
assistant as soon as the metal was poured into the mould. I have used
the technique a couple of times without any problems. The
plaster/silica mix used today was recorded as being in use by 1820 or
therabouts, casting into plaster and clay goes back centuries, as
does mould making for patterns in plaster or clay.

Beeswax would have been used until relatively recently. Casting of
feet and finials for tea and coffess pots would be very common but I
cannot recall seeing much in the way of cast rings other than fairly
plain ones. Plenty of cast seal fobs, tiara parts, spoon knops. I
suppose there were many more made than survive but they would have
been remodelled or melted down to be recycled as fashions changed.

Lost wax casting has been around a little longer than that, by about
2000 years. A fact which I find remarkable, in that people that far
in the past were melting metal into definite forms.

Sling casting is a good economical method for centrifugal casting,
you just need to have a few practice swings before you go to town
with a loaded flask

A fact which I find remarkable, in that people that far in the past
were melting metal into definite forms."

As an addition to the previous mail of Charles.

In Ghana, people make an mixture of burned clay mixed with 10
percent bentonite. This methode has as little as 1% shrinkage
according the I got. They called it “Cera perdula”.

Have fun and enjoy
Pedro

What I really want to do is find the guy who first thought up
cuttlefish casting, lo those thousands of years ago, and find out
what on earth he was smoking. (before the cuttlefish, that was.)

It makes sense in hindsight, but I’ve always been really curious
about what the train of thought was that led someone to think of
pouring molten bronze into a carved bit of washed up squid carcass.

Although it is possible to have a piece of Georgian jewelry that was
cast, in all my years of handling Antique and Vintage jewelry I have
never had a piece. I have come across late Victorian pieces that were
cast. Although jewelry has been cast for thousands of years it was
not until the introduction of rubber molding material that mass
production of cast jewelry began. Until that time it was either a one
of design or one with no under cuts in the design and a metal model
would be placed in a frame with sand packed around it. The frame
would be opened, the model removed and vents placed in the sand
before casting. Every piece of Georgian jewelry that I have seen to
date was either hand fabricated or die stamped and assembled. Have a
great day

Well if you go further back in history to the Dark Ages there were
some very good casting techniques involving clay, dung, sand, that
would give you the undercuts.

Also they used stone moulds for mass production, but agreed these
moulds were rough forms. Earlier in history bronze swords were cast
in limestone moulds.

Not sure where it originated, or how old the method is, but you can
make a pretty good guess as to how it came about. Pure speculation
mind.

Cuttlefish is food, if you cook the whole thing, you’re pretty much
left with the chalky bone. Anyone melting metal would be able to put
two and two together, and test a theory.

I was describing the lost wax casting process to a fellow at my
booth at the Tucson Gem Show several years ago.

He said he was building a road with a crew deep in South America.
They ran into a very small remote village of Indians. He got to know
the people as he was building the road.

Once he saw them take bees wax and fashion a fetish. They took the
bees wax to the nearby river and coated the bees wax fetish with fine
river clay. They put the clay covered wax into a fire pit and
surrounded it with hot coals. Many hours later they dug up the now
ceramic fetish mold. They had a way to melt native copper which they
poured into the ceramic mold. And Poof they had a copper fetish.

He stated the villagers were remote enough to have no contact with
the outside world.

What does it take to discover lost wax casting?Just what did these
villagers do to discover lost wax casting process?Once someone
placed a bunch of bees wax into a fire and saw it totally disappear.
Another time they may have placed some rocks covered with river clay
around a fire pit. The next morning the clay was now a very hard
substance. The most difficult part of the process was to melt copper.
They may have had a bunch of copper bearing rocks deep in a blazing
fire. Later they found chunks of solid copper in the shape of various
puddles in the bottom of the fire pit. The three basic parts of lost
wax casting had now been discovered. All it took now was to have
someone to put the three parts together.

Another time I was describing the lost was casting process to a
bunch of 12 year old home schooled kids. After my description one
girl said that sounds like what happened to the people in Herculaneum
when Mt Vesuvius erupted. The ash burned out the bodies and formed a
mold.

True, but that does not mean it was commonly used ever since. The
method we use today with rubber molds for wax and centrifugal force
casting machines was adapted for jewelry from dental methods. It
caught on at first in New York City in the 1930s and by the 1980s had
pretty much replace sand casting for small parts in jewelry. I
believe that most small castings were done in sand for the several
hundred years before lost wax made a big comeback in the 20th
century. The quality is much better that you would expect. I have
talked to older craftsmen in the UK who used to work that way. They
said it was quite common up through the 1970s, long after it had gone
out of common use in the US.

Brian, the earliest casting was in molds of sand, clay, or stone.
Two-piece molds were used at least by the fourth millennium BC in
ancient Mesopotamia (Iraq), i. e., about 6,000 years ago. It’s not a
huge conceptual leap from there to using cuttlefish skeletons
(though there’s no early Mesopotamian evidence for use of that
specific material). 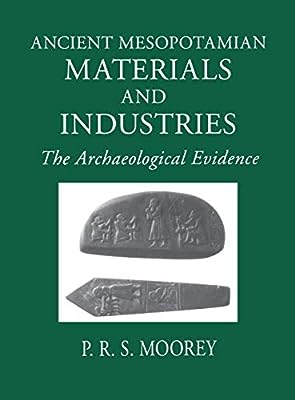 I am very familiar with the methods used throughout history to cast
molten metal. The methods you mention were used before the Dark Ages
and they were not mass production techniques which is what I was
talking about. Have a great day

Actually, you can use the clay/dung impression molds, as well as
sand casting, to efficiently produce multiples. My guess however,
would be that a Georgian piece that was cast would most likely have
been cast in a sand mold, much like the “delft clay” system that is
catching on lately. If the piece has any texture or relief that
leaves some unpolished background you should be able to see a
characteristic texture from the sand.

Just a little clarification: the mixture of clay and dung can be
used to invest a wax model to make a lost-wax mold or a mold can be
made by pressing a hard model between two slabs of clay that are then
peeled apart to remove the model then put back together and fired.
The dung burns out making the material porous so that the gases
escape when filling with metal.

Err. when exactly do you mean by “dark ages”?

There are scads of stone molds used for pewter and lead products
(which were in regular production up until about the 1750’s) which
were mass production pieces, at least as they saw them (in Europe)
at the time.

There are also a variety of stone and fragments of fired
clay/dung/straw moulds that were used for bronze and precious metal
’production’ casting from the late Roman period, straight through
until the present. The stone moulded waxes went out of fashion about
1200 or so, but the Vikings had a regular production line going for
those oval bodice brooches, and there are hundreds of surviving
plate brooches all through European museums from the middle of the
’dark ages’. Nevermind all the late Roman Crossbow brooches that
seem to turn up under every rock and shrub.

Take a look at the Helgo workshop excavations in Sweden. There’s
another workshop on one of the Scilly Isles, (of all strange places)
but I forget the name at the moment. There’s also the Mote of Mark
workshop remains from western Scotland, from the 6th-7th centuries,
from about the darkest moments of the ‘dark ages’. Again, it seems
to be largely remnants of production moulds.

The 'clay+straw+horse dung" moulding investment as described by
Theophilus (1125AD) may smell pretty bad when you first start to
fire it, but it works surprisingly well, given what it is. And it
will handle pretty much the same sorts of objects that modern
investment will, undercuts and all. It just smells bad. Really bad
when first firing.

If you really want to talk about production bronze casting, take a
look at what the Chinese were up to: interlocking ceramic mould
blocks that could be interchanged to vary the decoration on cast
bronze objects.

If you’re defining ‘production’ as quality as good as what we get
from rubber moulds and investment, and quantities in the hundreds or
thousands the way we tend to run them, then no, no one ever,
anywhere, did ‘production’ casting before these two key technologies
were invented. On the other hand, if you’re defining ‘production’ as
’enough to make a living, all day long, every day’ then there was
production casting done in any period you care to name for the past
several thousand years. It just got easier as time went along and we
had better technology.

Of course, but I used that as an example for making undercuts, and
later on in the post mentioned stone mould, which supports your
point about mass produced items being crude.