Several weeks ago there was some discussion of making a sterling
silver cuff bangle using lost wax casting. At that time I said that I
had just made such a bracelet and discussed the production process
from wax pattern fabrication to casting. At that time I had photos of
a completed piece but no photos of the work in progress. At that time
I had completed another wax pattern for a smaller bangle but events
have intervened and I have only just had time to complete it now.

The wax pattern was made from a strip of 1.5mm sheet wax which I
first worked into a curve and shaped around a oval mandrel. Of course
this lost some of the original curvature so I had to work this back
as I worked it around the mandrel. I then pierced the blank using a
series of wax burrs and softened the edges with an electric wax tool
and finished the surface with a flame. I then tied the whole pattern
together by welding a couple of 2.5 mm sprue wires across the gap. I
then attached a radial pattern of 2.5 mm sprues back to the sprue
base.

The item was cast using a vacuum casting machine and finished by
depletion silver raising tumbling in mixed stainless shot in a
vibratory tumbler and polished.

The photos show the sprued wax pattern, the casting before finishing
and the completed bangle 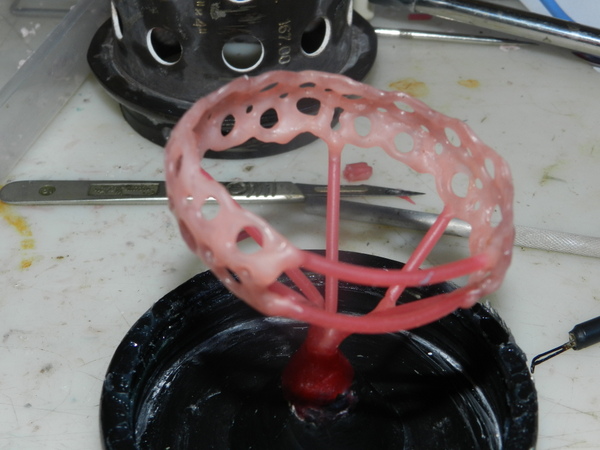 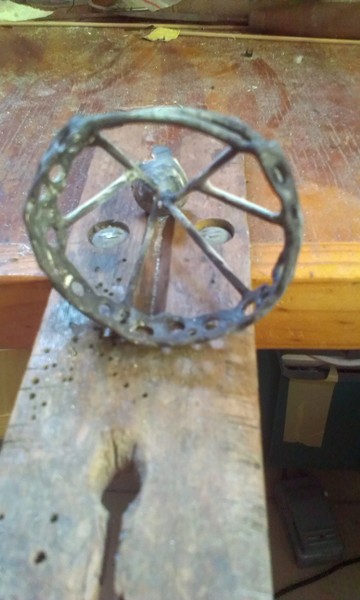 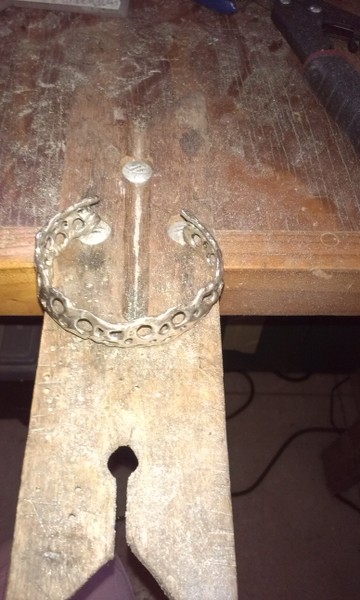