– I enjoy these occasional run-ups in precious metal prices.
Despite the odd foul-up, such as the time a Paul Revere spoon was
sold for scrap, high metals prices help to clear away the detritus.
Just as record high oil prices stimulate conservation and research
into sustainable energy, high gold, silver and platinum prices also
serve the public good.

Ninety Five percent of the “fine” jewelry sold in this country is
junk and I consider tossing it into the melting pot to be a public
service.

Faced with a world full of overly hyped, boring designs and poorly
crafted jewelry, what’s a consumer to do? Happily, there are a
number of designer-goldsmiths who are carefully crafting tomorrow’s
heirlooms, but how to find them? The book reviewed below provides a
list of some of the best American craftsmen. Read on:

Looking for beautifully made, artfully designed jewelry made with
high quality materials? Historically, a few big name retailers have
provided leadership, but over the past couple of decades, the 5th
Avenue jewelers that used to be the go-to stores have grown tired and
complacent, their goods have evolved from innovative and exciting to
safe and boring and the low and mid-range jewelers have followed
their lead. The giants who built those legendary retail
establishments are long gone and most of the famous names have been
sold off to conglomerates who grow fat off their fading reputations.
In short, they are no longer a solution, they have have become part
of the problem.

The good news is that there are a small number of American
designer-goldsmiths and jewelers working today that are producing
tomorrow’s heirlooms. They are the Rene Lalique’s, the Pierre
Cartier’s of the late 20th, early 21st Century. Unfortunately few are
well enough capitalized to stand against the hot wind of hyper-babble
that hammers the consumer with the dubious virtues of such artistic
nonentities as Paloma Picasso, JAR and David Yurman.

curated by Alan Revere will provide
you with an acetylene torch to to cut your way through the junkyard.

Unfortunately, the book presents its own design problems. The title
is unfortunate and the cover is a mess.–so poorly designed that it
becomes impossible to tell what the title is, what the book is about
and who wrote it. Well Alan Revere is listed as “curator” which means
he wrote it, I guess, Lark prefers publishing books without authors,
that way they retain the copyright and most of the profits.

Revere has made an excellent selection. He picked 39 contemporary
jewelers and each one is a master. The common denominator, they all
work with gemstones—a practice considered very un-chic in
university jewelry arts programs where most of our creative artists
are trained (another component of the problem, but I digress). What I
found most exciting was that after thirty years of looking around
there were a good number of artist-jewelers that I had never heard
of.

I know and carry the work of several; Bernd and Tom Munsteiner,
Michael Zobel, Michael Sugarman, Zoltan David and Stephen Webster but
artists like Klaus Spies, Gregore Morin and Bayot Heer were
completely new to me. What is really surprising, with perhaps two
exceptions I like them all. I was pleased to see the work of Pat
Flynn, an early partisan of non-traditional materials, whose work we
carried in the gallery twenty years ago, before clients began to
appreciate diamonds set into old iron nails.

Revere’s commentary is adequate but oh the pictures! Really its all
about the pictures. Masters: Gemstones is a breath of fresh air
blowing through the mundane world of American retail jewelry. The
book provides a visual stroll through some of the best of the best
jewelry being made today. Revere has performed his curator role to
perfection. Some of the artists use traditional materials, some add
the non-traditional, but all put their pieces together with
sensitivity and panache.

Save the wear and tear on your clicking finger or your shoe leather,
Alan Revere has done all the work for you. Lets just cross our
fingers and hope that some jewelry store owners will buy it and read
it too…enjoy!

Perhaps the most important of the modern masters included in
Masters: Gemstones (see foregoing book review) is Bernd Munsteiner.
What better tribute to his pervasive influence on contemporary
jewelry than the fact that no less than half a dozen of the book’s
designer’s show pieces set with his and his son Tom’s gem sculptures.
It seems unnecessary to add that Tom’s greatest influence is this
father. (images: above right, 18k carved agate & pearl pendant made
in the 1990s. Below left, #8790LPS, contemporary 18k gold agate
brooch by Bernd Munsteiner from our collection )

“I come from the agate.”

This was how Bernd Munsteiner put it during a guided tour of his
atelier in the early 1990s. In those days, most progressive American
jewelers were familiar with his gem sculpture done in transparent
gemstones such as aquamarine, tourmaline and quartz. Few were
familiar with his carved agate pieces, many resembling abstract
paintings, that covered the walls of his beautifully designed
showroom.

Fact is the history of the adjacent German towns of Idar and
Oberstein is all about agate. Agate or chalcedony, scientifically
crypto-crystalline quartz, has been mined in the hillsides
overlooking the towns since the Sixteenth Century. Agates often occur
in layers each of a different color (image left). For this reason
they are a favorite with cameo cutters—a traditional art practiced
with great skill by the cutters of Idar Oberstein.

Bernd was born in 1943 and is a third generation gem cutter. He went
through the traditional German apprenticeship as an agate cutter
with his father’s company in the years 1957-1962. He then went on to
study crafts and sculpture at Pforzheim. Before completing his
studies at that institution he began experimenting with unusual
techniques. On a trip to an international exhibit in Jalonek in the
former Czechoslovakia he discovered sandblasting on glass. On his
return to school he tested this method on agate eventually
substituting corundum powder for sand, an innovation that allowed him
to selectively grind away and explore the many layers of agate shape
and and create soft sculptural effects.

In the 1990s Munsteiner tried his hand at designing reproducible
gemstone designs. He has always been interested in the natural
shapes of gem crystals. The natural diamond octahedron provided the
inspiration for the Context Cut. Another innovative cut, the Spirit
Sun received international recognition in 1998.

When the Mad Men have moved on and the girl with the famous name and
the big lips has been forgotten, the work of Bernd Munsteiner will
remain. (image: left: #8297RCS: 18k Jade Ring set with Context Cut
green tourmaline by Bernd Munsteiner, from our collection.)

Tom Munsteiner has followed in his father’s footsteps making him the
4th generation in a family of gem cutters.

Tom’s work differs from his father’s. Bernd excels in creating gems
with unusual faceting patterns but rarely abandons the traditional
gem cutter’s pursuit of refraction. Tom, on the other hand, seems
drawn back to the ancient form of the cabochon, but it is a cabochon
with a twist. Tom uses a more or less traditional technique known as
negative faceting—this is a takeoff on the same technique as that
used by artisans who create reverse painting on rock crystal, horses
jockeys. Cutting into the reverse of the stone, making patterns more
akin to the mass-less shapes of the Constructivist artist Laszlo
Moholy-Nagy 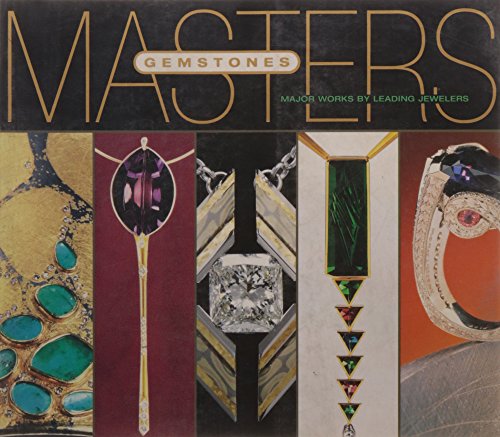 I couldn’t agree more! I saw this book advertised pre-release on
Amazon and ordered it then and there. My only regret is that the
wonderful Jean Vendome was not included. While very well known in
Europe, his work seems to be completely overlooked here.

I stumbled across the book “Jean Vendome, Artiste-Joaillier” by
Sophie Lefevre at an art show a few years ago and it has provided me
with many hours of pleasure and inspiration. It’s now out of print
but you can find it online through rare and used booksellers. You
will also find images of his work in some of Claude Mazloum’s books
including “Designer Jewellery, The World’s Top Artists”, which
features many other little known (in the U.S.) European jewelers as
well.

I could find only a very few images of Jean Vendome’s work online
and they barely even qualify as the tip of the iceberg. This photo is
fairly representative of one aspect of his work however: As far as I know, Jean Vendome is still alive, though in his
nineties; at least he’s listed in “Who’s Who in France 2008”.

I urge you, Richard, and any others who love masterful gemstone
jewelry to search out the "Jean Vendome 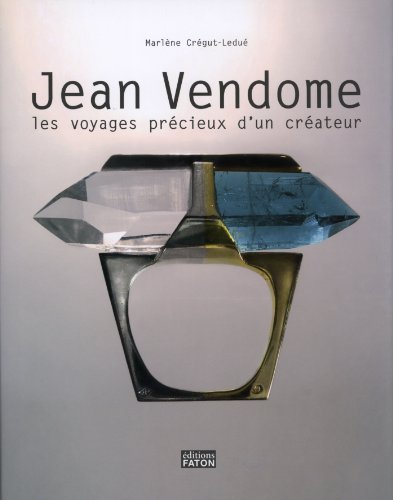 ,
thanks! I found one and it is, hopefully, on its way to me.

It is in French, but he is French!

Perfect encapsulation of the times and I couldn’t agree more: buy
this book!

Great link you found! I missed that one (and so did Google Images!
:-).)

For those of you who want a shortcut to the Jean Vendome work on the
site, here you go:

This work is all new to me, created since that book I cited. Thanks,
Susi!!

Beth- Thank you for the links, they provide an execellent cross
section of his very diverse styles.